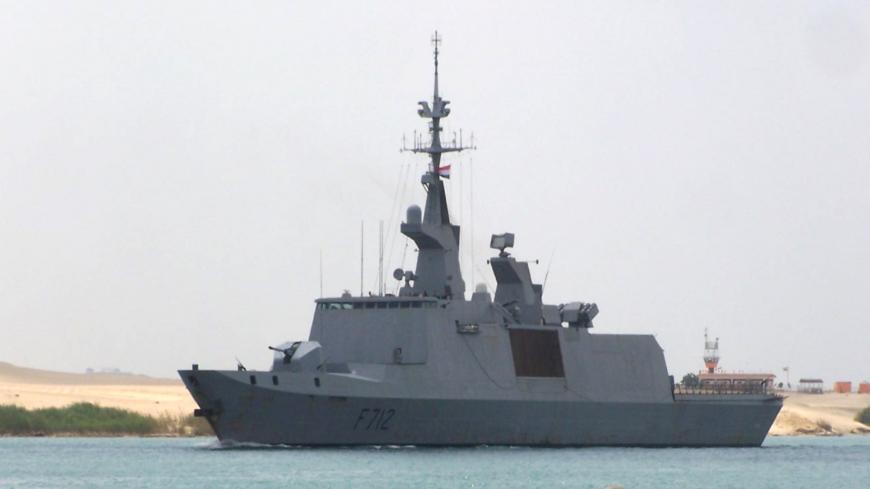 The French frigate Courbet crosses the Suez Canal waterway near the port city of Ismailia, east of Cairo, on April 19, 2013. The Courbet was involved in a standoff with three Turkish warships off Libya last month. - AFP via Getty Images

“NATO allies shouldn’t be turning fire control radars on each other. That’s not good,” O’Brien told reporters in France. “We are very sympathetic to French concerns.”

While Paris has accused three Turkish ships of harassing a French vessel and flashing their radar lights at it, O’Brien acknowledged that Ankara has offered a different account of the event. O’Brien also suggested that President Donald Trump would be available to mediate the dispute between French President Emmanuel Macron and Turkish President Recep Tayyip Erdogan.

Why it matters: France said Turkish forces harassed its ship after it attempted to inspect a Tanzania-flagged vessel suspected of carrying arms to Libya in violation of the United Nations arms embargo. France is closer to Libyan warlord Khalifa Hifter in the dispute, while Turkey has committed forces to support the rival Government of National Accord, based in Tripoli. O’Brien’s remarks came after Trump and Erdogan discussed Libya in a phone call Tuesday. The United States has urged both Hifter’s forces and the Government of National Accord, as well as their myriad of foreign backers, to commit to the UN peace process and disband their militias.

What’s next: NATO has ordered an investigation into the incident, but it remains classified. However, France said the report “did not establish the facts” and pulled out of the NATO naval operation that enforces the Libya arms embargo earlier this month. France has issued four demands that it wants its NATO allies to meet before rejoining the Mediterranean naval operation.