NATO to investigate France-Turkey standoff in the Mediterranean

NATO Secretary-General Jens Stoltenberg said the bloc will probe France's accusations that Turkey harassed one of its ships in the Mediterranean. 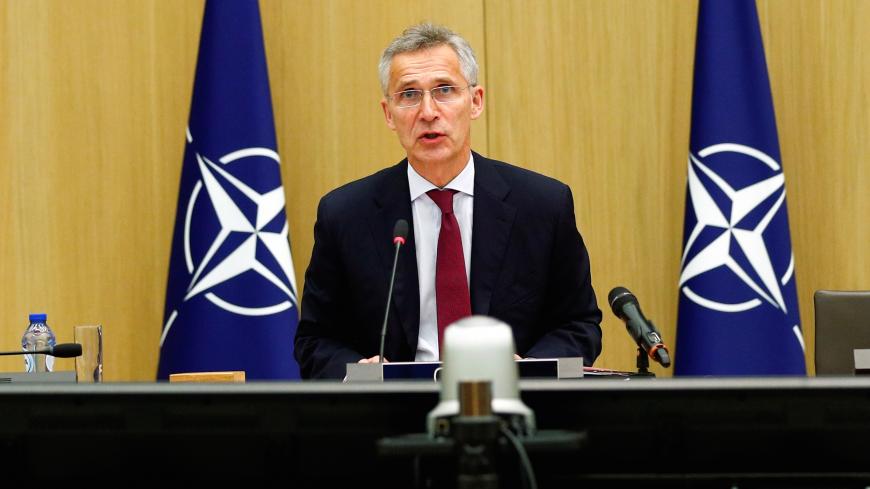 NATO will investigate the standoff between the French and Turkish navies in the Mediterranean, the bloc's secretary-general said today, after France accused its NATO ally this week of violating a United Nations arms embargo on Libya.

“The incident in the Mediterranean was addressed in the meeting by several allies,” NATO Secretary-General Jens Stoltenberg said during a news conference that followed a meeting of the bloc’s defense ministers. “My message is that we have made sure that NATO military authorities are investigating the incident to bring full clarity into what happened.”

France on Wednesday accused Turkey’s navy of harassing its warship, the Courbet, as it tried to inspect a cargo vessel in the eastern Mediterranean suspected of transporting arms to Libya. According to the French Defense Ministry, Turkish frigates carried out radar targeting three times when the Courbet approached the civilian cargo ship.

A French Defense Ministry official described the incident to Agence France-Presse as an “extremely aggressive” act. "We cannot accept that an ally behaves this way, that it does this against a NATO ship, under NATO command, carrying out a NATO mission."

"These waves of boats between Turkey and Misrata, sometimes escorted by Turkish frigates, are not contributing to any de-escalation,” the official added. Misrata is a Libyan port east of Tripoli.

Turkey denied the events described by France ever occurred, calling them “completely untrue.”

Tensions have increased in recent months between the two NATO allies over their involvement in Libya’s chaotic civil war. Turkey, along with Qatar and Italy, supports the UN-recognized Government of National Accord in Tripoli. Though Paris denies it, France is long suspected of backing the rival Libyan National Army led by eastern-based strongman Khalifa Hifter. The renegade commander also enjoys support from Egypt, the United Arab Emirates and Russia.

The French Foreign Ministry said earlier this week that arms embargo violations and “foreign interference, in particular the intensification of Turkish support,” were prolonging the war.

In a statement of its own, Ankara accused Paris of “unacceptable behavior” in the North African county.

“The support France has provided to the putschist and pirate Haftar … has exacerbated the crisis in Libya,” the Turkish Foreign Ministry said. “What should actually be a cause for concern are France’s dark ties.”