Can the United Arab Emirates succeed where others have failed in bringing Ethiopia, Sudan and Egypt to terms over the Grand Ethiopian Renaissance Dam? 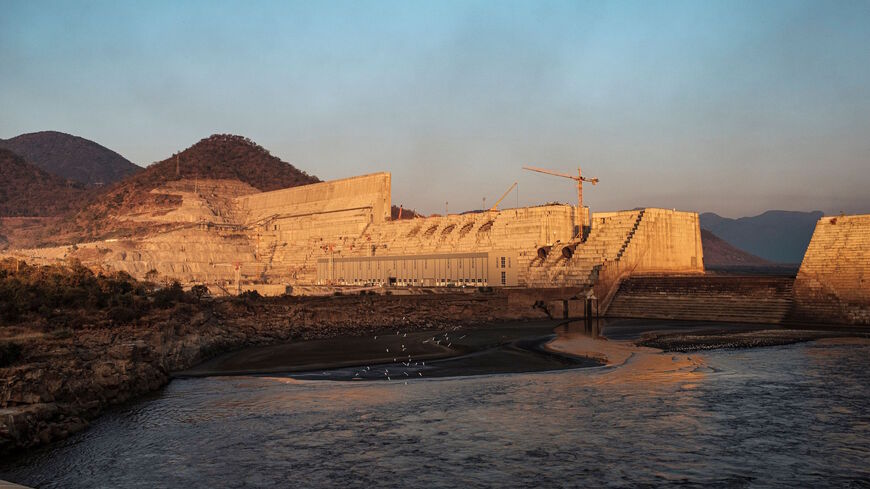 A general view of the Grand Ethiopian Renaissance Dam near Guba in Ethiopia, on Dec. 26, 2019. - EDUARDO SOTERAS/AFP via Getty Images

Mohammed bin Zayed’s discussions with Sisi on the dam issue reflect the UAE’s growing interest in ameliorating this dispute. On March 26, the UAE formally offered to mediate the dam dispute and on March 31, the UAE invited the foreign ministers of Sudan, Ethiopia and Egypt for talks on the dam in Abu Dhabi. The UAE wishes to facilitate a deal that would allow Ethiopia to fill the dam and simultaneously ensure that the downstream countries, Egypt and Sudan, maintain sufficient access to Nile River water.

The UAE’s offer to mediate between conflicting parties in the dam dispute reflects its commitment to Red Sea security and a growing reliance on crisis diplomacy as a tool of power projection. Albadr Alshateri, a former professor at Abu Dhabi’s National Defense College, told Al-Monitor that the UAE’s diplomatic efforts are an “investment towards the stability and security of the Red Sea.” Alshateri singled out the UAE’s mediation in the conflict between Sudan and Ethiopia, and prior arbitration between Ethiopia and Eritrea, as especially consequential diplomatic overtures in this region. Nevertheless, ending the dam dispute, which has been accompanied by Sisi’s repeated warnings of war with Ethiopia, would aid the cause of the Saudi Arabia-led Red Sea security coalition that was inaugurated in January 2020.

As the UAE officially ended its involvement in the Yemen conflict in October 2019 and its military intervention on Khalifa Haftar’s behalf in Libya failed, Abu Dhabi has relied increasingly on crisis diplomacy to expand its international influence. In a recent speech at Stanford University’s Hoover Institution, UAE Ambassador to the United States Yousef al-Otaiba said, “We try to be helpful where we have influence with two different countries.” Otaiba singled out the UAE’s dialogue facilitation between India and Pakistan over Kashmir as its most significant diplomatic foray, but Abu Dhabi’s arbitration offer in the dam dispute follows a similar pattern of conduct.

The UAE believes it can fill a diplomatic vacuum on the dam caused by the detached attitudes of great powers and perceived biases of regional stakeholders. President Donald Trump’s October 2020 warning that Egypt will “blow up” the dam derailed prospects for a US mediation role. Although the US envoy to the Horn of Africa, Jeffrey Feltman, is currently discussing the dam on a regional tour, President Joe Biden has not committed the United States to a mediation role and recently consulted with the UAE on the Tigray crisis. The European Union has confined its role in the dam dispute to consultations with regional actors, such as Egypt, Ethiopia and Saudi Arabia, while Russia insists that the African Union should resolve disagreements over the dam. Saudi Arabia’s support for Egypt and Sudan’s position weakens the credibility of the Saudi mediation offer, while Egypt is wary of Turkish mediation, as it believes that Turkey provided technical assistance to Ethiopia on constructing the dam.

In addition to the positive precedent set by its successful facilitation of peace between Ethiopia and Eritrea in August 2018, the UAE views its close relationships with all of the conflicting parties in the dam dispute to be a major asset. The UAE’s partnership with Egypt has steadily progressed since Sisi took power in July 2013. The UAE has burnished its image in Sudan and Ethiopia through the use of humanitarian aid and development assistance. Since early March, the UAE has provided humanitarian assistance to flood-hit regions of Sudan, inaugurated the Sheikh Mohammed bin Zayed field hospital to treat COVID-19 in Darfur and sent a Dubai Chamber of Commerce and Industry delegation to Ethiopia for discussions on new infrastructure projects. These investments countered an anti-UAE backlash that was caused by its initial opposition to Sudan’s democratic transition, recruitment of Sudanese mercenaries in Yemen and Libya and Eritrea’s alleged use of Emirati drones in Tigray.

In spite of the UAE’s determination to achieve a diplomatic breakthrough in the dam dispute, Sudan and Egypt are much more likely than Ethiopia to accept Emirati mediation. On March 23, Sudan’s Information Ministry confirmed that it would accept UAE mediation in the al-Fashqa border conflict with Ethiopia and in the dam dispute. On March 26, a high-ranking Sudanese delegation travelled to Dubai to discuss the UAE’s views on the dam issue. Notwithstanding its concerns about UAE cooperation with Ethiopia and frustrations with the UAE’s unwillingness to embrace a stronger pro-Egyptian position, Egypt regards the UAE’s influence in Ethiopia as a potentially valuable asset. Egypt also shares Sudan’s open-minded view of external mediation in the dam dispute. A former senior US official who is familiar with the dam negotiations told Al-Monitor that Egypt was “forum-shopping” on the dam dispute as it fears a military escalation that could cause Ethiopia to retaliate by attacking Egypt's Aswan High Dam.

Unlike Egypt and Sudan, Ethiopia is much more wary of external mediation in the dam dispute. On March 3, Dina Mufti, a spokesperson for the Ethiopian Foreign Ministry, said inviting external mediators would demean the African Union’s efforts. Zerihun Adebe, an Ethiopian analyst who closely follows the dam negotiations, told Al-Monitor that the dam dispute is a “tripartite issue” and a “technical issue, not a political issue” and does not need any third-party involvement. Ethiopia’s reticence about external mediation could derail Abu Dhabi’s diplomatic efforts, even though Ethiopian officials reportedly asked the UAE to consult with Sudan in March ahead of the dam’s second filling in July.

Although Qatar’s recent mediation of the Somalia-Kenya maritime dispute underscores the arbitration potential of Gulf countries in the Horn of Africa, the UAE faces an uphill struggle to achieve a major diplomatic breakthrough on the dam. Ethiopian Prime Minister Abiy Ahmed’s recent claims that Egypt and Sudan are fueling violence in Ethiopia’s western Benishangul-Gumuz region, which is home to the dam, further complicates the UAE’s mediation efforts. Notwithstanding the slim prospects of success, the UAE will likely continue to offer its mediation services on the dam dispute and carry out shuttle diplomacy with Egypt, Sudan and Ethiopia in the months to come.