Surrounded by yes-men ministers and lacking any real professionals by his side, Prime Minister Benjamin Netanyahu has found himself alone at the top. 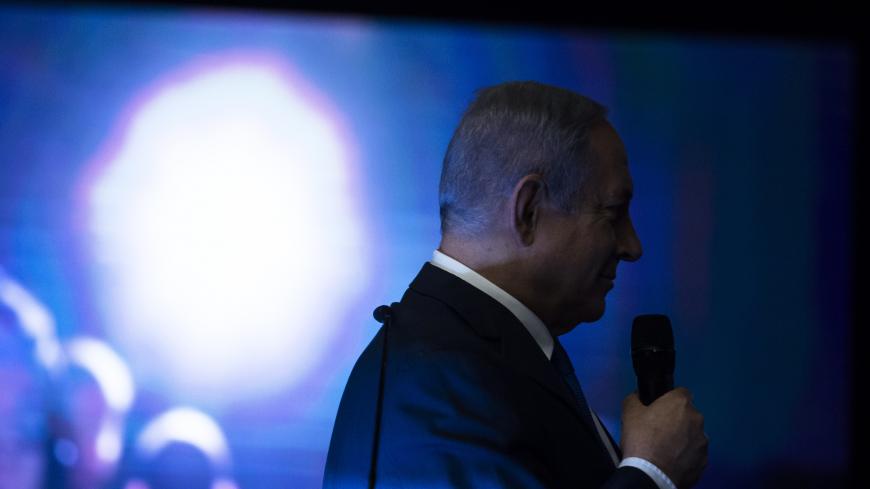 He has never been lonelier. In the 15 cumulative years he has been leading the country, Prime Minister Benjamin Netanyahu was always surrounded by exclusive coteries and phalanxes of advisers and associates. While the quality of some was debatable, given Netanyahu’s preference for yes-men over independent professionals, he always had a reasonable, intimate consultative forum. He has always had a cabinet of selected ministers, a mini-cabinet for sensitive security matters, a forum of seven and then eight serious, experienced advisers just a phone call or a meeting away.

The most beautiful years were those of the “secret seven” between 2009 and 2013. Netanyahu was in a new term after a decade-long political exile. He established a government with the Labor Party led by former Prime Minister Ehud Barak, and a consultative forum dubbed “the Septet” that included such respected Likud politicians as Dan Meridor and Benny Begin, decorated security experts such as former army chief Moshe Ya’alon and Defense Minister Barak and maverick hawk Avigdor Liberman. In total, these men had hundreds of years of experience and responsibility, a well-defined worldview and a robust scale of moral values. They stood up to Netanyahu and prevented him from achieving his greatest and probably most unrealistic dream of mounting a military strike on Iran’s emerging nuclear infrastructure.

This restraint is no longer in place. The Benjamin Netanyahu of 2020 is a lonely person. He still appears very popular, but he has long stopped relying on an organized consultative framework, on an optimal work environment, on reasonable advisers or a decision-making process worthy of its name. These have all fallen by the wayside. Anyone capable of independent thinking and responsible insights or guided by some sort of moral compass has fled or been exiled. The list of directors of the prime minister’s office under Netanyahu is a telling illustration of the vacuum. Liberman was his first. He was followed by Moshe Leon, currently the mayor of Jerusalem. Then came Eyal Gabbai, a highly regarded economist, followed by Harel Locker, currently director of the Israel Aircraft Industries, who was followed by the talented and respected Eli Groner and then by former Avis director Yoav Horowitz. Each fled after being exposed to the chaos and lunacy in Netanyahu’s environment.

Since his major 2015 victory over Isaac Herzog, the lunacy has turned from anecdotal disruptions to a perpetual storm. The person directly responsible for this upheaval is Netanyahu’s son Yair Netanyahu, who at 29 has become a dominant force in the prime minister’s milieu, bolstering and even overtaking his mother, Sara Netanyahu. Together, Yair and Sara hold what senior Likud party officials call a controlling interest in the family’s board of directors, frequently influencing the prime minister to reverse or reconsider decisions.

The current Netanyahu government, installed in May, does not have a functioning security-foreign affairs cabinet, nor a permanent security consultation forum or any framework resembling the Septet. All the experienced senior Likud politicians with proven ability have been pushed aside or exiled. Former Minister Gideon Saar, once a popular Likud figure, is an enemy for daring to display independent thinking and ambition and was denied a ministerial portfolio in the current government. Gilad Erdan, a senior politician and experienced minister, has been exiled to an ambassadorial appointment. Likud lawmakers such as former Shin Bet director Avi Dichter and former Jerusalem mayor and high-tech millionaire Nir Barkat have also been left out.

“The equation is simple,” a very senior Likud source told Al-Monitor on condition of anonymity. “Anyone who provides Netanyahu with special services is in; anyone who maintain a modicum of respectability and independent thinking is out.” I asked the official what he meant. “Anyone willing to take part in the incessant attacks on law enforcement authorities, on the law, the police, the state prosecution, the attorney general and the judiciary is promoted. Anyone unwilling to participate in these festivities, even partially, finds his or herself shunted to the margins,” he said.

Former justice minister and current Internal Security Minister Amir Ohana and coalition chair Miki Zohar are prime examples of this policy. Ohana, a junior backbencher with little experience, was named to the senior Justice Ministry post last year despite his relatively low primary rankings. Overnight he was catapulted into the position of the minister in charge of the entire legal system. He did indeed deliver the goods for Netanyahu during his brief stint in office. While Ohana was forced out of the ministry by the complex machinations required to form the current power-sharing government with the rival Blue and White Party, he has emerged unscathed. In his new position, Ohana now has the Israeli police with its extensive files on Netanyahu’s alleged corruption under his purview. Brash young politician Miki Zohar emerged from the Likud sidelines to become the lawmaker closest to Netanyahu and chair of the coalition, mostly because there is no message, no matter how superficial or violent, that he is unwilling to personally convey.

Beyond the quality of the political system and effectiveness of the decision-making mechanism, the above dynamics pose a real danger to the resilience of the government and the state system. Netanyahu’s decision-making process, dependent on the sometimes unstable whims of his family members, has become more chaotic than ever. It has become particularly evident in the handling of the coronavirus crisis, with its on-again, off-again decisions on lockdowns, closures, aid packages and more. The question of whether and when this chaos will also affect security issues is of increasing concern to many top figures in Israel’s security and defense agencies. “Right now,” a former senior security official told Al-Monitor on condition of anonymity, “Netanyahu has successfully kept security issues away from the regular circle of disruptions, but there is no telling how long that will last.”

Will the continued effect of Netanyahu’s family on his decisions and the growing burden of his control over top Likud figures generate some sort of quiet rebellion at some point among the party’s top lawmakers and officials? This is the most intriguing question being whispered about within the ruling party. The answer is simple. “As long as Netanyahu brings the Likud to power and his poll numbers are good, he will continue to do whatever he wants,” a senior Likud figure told Al-Monitor on condition of anonymity. “The question is what happens on the day his popularity sinks to a troubling level and the number of Likud Knesset seats in the polls continues to decline. That will be his true test.”