Tensions escalate between Egypt, Ethiopia with no end in sight of Nile dam dispute

Ethiopia has recently accused Egypt of unilaterally using Nile River waters via a project approved in 1995; Cairo says upstream countries are not affected and that it has all the rights to use the Nile waters. 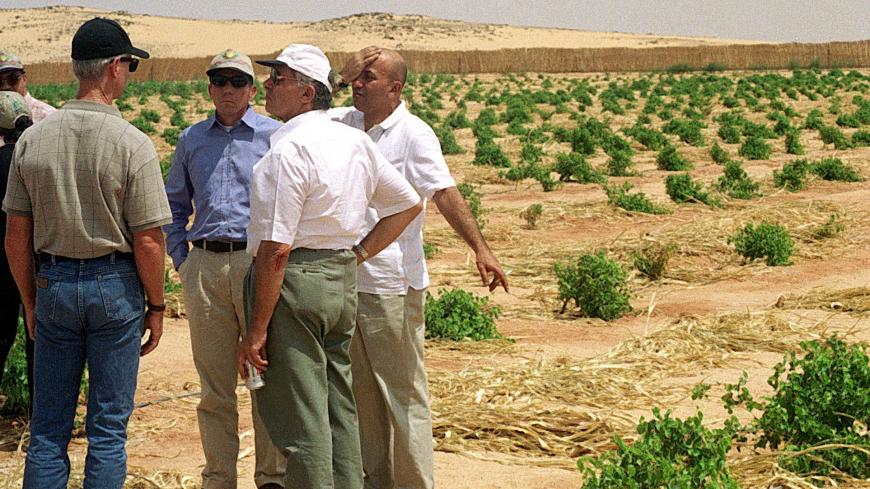 CAIRO — The Ethiopian delegate to the United Nations, Ambassador Taye Atske Selassie, has accused Egypt of unilaterally using Nile River waters. His charge comes as Cairo and Addis Ababa continue to have heated exchanges about control over the waters of the Nile after Ethiopia announced June 27 its plan to begin filling the Grand Ethiopian Renaissance Dam within two weeks, without agreeing to rules about storing water and the dam's operation with Egypt and Sudan.

“Egypt took an individual decision to dispose of the waters of the Nile in 1995, and implemented the Toshka Project, which consumes a lot of water,” Selassie said during a UN Security Council videoconference meeting June 29. “Ethiopia filed a complaint protesting this matter in 1995, but there were unilateral steps from Egypt, and participation in the river was not fair, and perhaps we were not listening to each other.”

Egypt's unilateral use of Nile water, including moving it from one place to another, has long been cited by Nile upstream countries as a reason for undertaking projects to exploit the Nile's water without consulting the downstream countries of Egypt and Sudan. This was the motive behind the decision of Tanzania, Ethiopia, Uganda, Kenya, Rwanda, and Burundi to sign the Nile Basin’s Cooperative Framework Agreement (known in the media as the 2010 Entebbe Agreement), which Egypt and Sudan rejected since it says upstream countries have the right to build projects on the river without coordinating with or even notifying downstream countries.

Egypt started implementing the Toshka Project, in the south of Aswan governorate, in January 1997, with the aim of developing the valley’s south and to transfer Nile water from Lake Nasser to a 200-meter-wide (656-foot wide) canal that passes through the Toshka Depression and marine oases, reaching the Qattara Depression.

The project mainly aimed to add a new area of agricultural land amounting to 600,000 acres irrigated with water from the Nile in addition to the groundwater available in the area. The Sheikh Zayed Canal, the main channel of the Toshka Project with a length of 51 kilometers (31 miles), was completed, along with four 200-kilometer (125-mile) branches of the canal, into which Nile water was pumped for the first time in 2003.

Khaled Abu Zeid, an expert on water affairs and a member of the Cairo-based Arab Water Council, told Al-Monitor in response to the Ethiopian accusations, “A downstream country is not required to notify the upstream countries of any water projects within its borders as long as they have no potential impact on them.”

Abu Zeid added, “The water used in the Toshka and El Salam Canal projects is part of Egypt's water share from the Nile. In addition, they rely on water recycling projects to make up for the rest of the water they require, as the state manages the water share to meet growing internal needs without affecting any of the Nile Basin countries.”

El Salam Canal is part of the North Sinai Development project, it aims to provide irrigation from the Nile for agricultural expansion in Sinai. About 200,000 feddan (208,000 acres) have been reclaimed using this canal.

Article 12 of the UN Convention on the Law of Non-Navigational Uses of International Waterways states, “Before a watercourse State implements or permits the implementation of planned measures which may have a significant adverse effect upon other watercourse States, it shall provide those States with timely notification thereof. Such notification shall be accompanied by available technical data and information, including the results of any environmental impact assessment.”

In July 2016, the Nile Basin Initiative launched the Nile Basin Water Resources Atlas, which was considered as the reference encyclopedia on water resources and the uses of water in the river in Nile Basin countries. However, Cairo rejected the atlas on the grounds that it contains inaccurate information about Egypt's water situation. The most important issue was that the atlas' map shows the Sinai area outside the Nile basin. This supports Ethiopia's rejection of the Toshka and El Salam Canal projects since Ethiopia claims they transport water outside the borders of the river basin, which is prohibited by international water law.

In response, the Egyptian Ministry of Water formed a committee in July 2016 to collect historical maps and British documents confirming that the Nile River was reaching Sinai before the Suez Canal was dug to support and document Egypt's historical rights to Nile waters.

Abu Zeid said the El Salam Canal Project “cannot be considered a transfer of water outside the Nile Basin, due to several considerations, the first of which is that the canal passes in areas where ancient branches of the Nile River pass through, which means it is located inside the river basin. Transferring water outside the basin is only prohibited when it affects another country and its use of water. In addition, El Salam Canal Project depends on the treated wastewater mixed with the Nile water and does not only consume the latter.”

He said, “Ethiopia's justifications for its unilateral actions to fill and operate the GERD [Grand Ethiopian Renaissance Dam] by trying to throw accusations against Cairo are attempts to not recognize Egypt's historical shares of Nile waters.”

According to official statistics, Egypt suffers from water scarcity, as Egyptian citizens are well below the water poverty line as the country's per capita share has fallen to around 500 cubic meters per year. Meanwhile, the state is trying, through water management plans, to raise the efficiency of water use and rely on nontraditional sources such as reusing wastewater.

Minister of Irrigation and Water Resources Mohamed Nasr Eldin Allam told Al-Monitor, “Ethiopia’s accusations aim to promote the idea that Egypt does not have a legal share in the Nile waters, claiming that what it does get are temporary quotas, while these projects that exploit the waters of the Nile make Egypt's share an existing right that cannot be ignored.”

Allam said, “Egypt has all the right to use the waters of the Nile as it pleases, because it is a downstream country and its projects do not cause harm to other countries,” adding, “Ethiopia is bound by the provisions of the 1902 and 1929 agreements, in which it pledged not to use the waters of the Blue Nile and the Sobat River in setting up any projects that prevent or hinder the flow of water to Egypt and Sudan.”

Although Cairo, Addis Ababa and Khartoum resumed technical and legal discussions July 3 under the auspices of the African Union, the ongoing escalation and exchange of accusations between Egypt and Ethiopia has become a new form of conflict over the waters of the Nile. Meanwhile, Ethiopia revealed that it not only is seeking to use the Grand Ethiopian Renaissance Dam to generate energy, but also to keep water inside Ethiopian borders and benefit from it, according to what Selassie said at the June 29 Security Council meeting on the dam.