Tauqir Sharif was kidnapped by Hayat Tahrir al-Sham on Monday, according to a statement from his aid organization in northwest Syria. 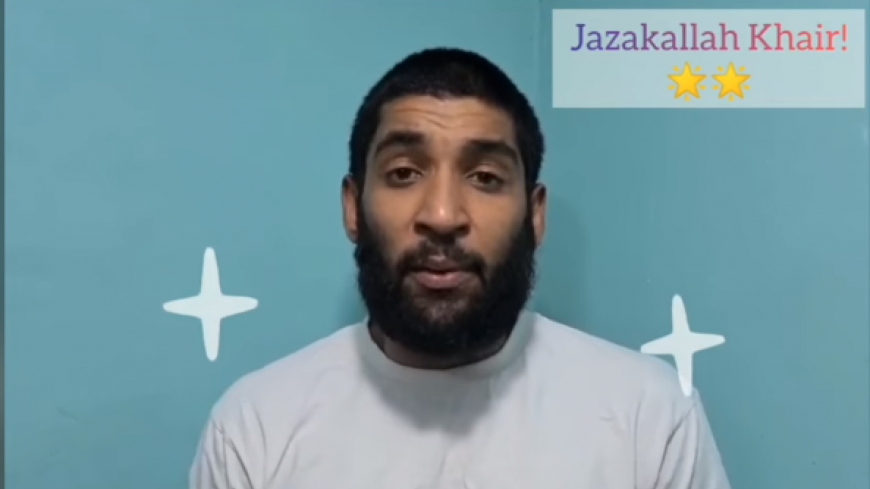 Tauqir Sharif as seen on a screenshot taken from the Live Updates From Syria Facebook page. - Facebook/Live Updates from Syria

A British aid worker who lives and works in northern Syria was abducted by the militant group Hayat Tahrir al-Sham on Monday, his organization said.

The charity organization Live Updates From Syria wrote on its Instagram page that Tauqir Sharif was “kidnapped tonight around 9:30 p.m. by HTS and taken to an unknown location.”

“Additionally, his wife and family are on house arrest and not allowed to leave — with militants standing outside of their home,” the group wrote.

Sharif was reportedly seized in Atmeh, a town near the Turkish border in northern Idlib province.

The war-torn enclave is the last major stretch of Syria still in the hands of the opposition after nine years of war. The United Nations has estimated that more than a million people have been displaced in the past year due to the regime’s assault on Idlib.

The region is home to a number of opposition groups, including Hayat Tahrir al-Sham, which is considered a terrorist organization by Russia, Turkey and the United States. The US Commission on International Religious Freedom has urged Washington to designate Hayat Tahrir al-Sham an “entity of particular concern."

Originally from east London, Sharif and his wife moved to Syria seven years ago. In 2017, the British government revoked his citizenship, claiming he had ties to an al-Qaeda affiliated group in the region.

Sharif denied the UK Home Office's allegations, which he described as racist. His lawyers have launched an appeal.

In a statement, the London-based advocacy organization CAGE called on Hayat Tahrir al-Sham to confirm Sharif is being treated humanely.

“Despite his immense sacrifices, Tox has endured assaults by the [Assad] regime, survived bombing attempts by ISIS [Islamic State] and had his nationality revoked by the British government without any evidence presented against him,” said CAGE's Moazzam Begg, using Sharif's nickname. “I hope they understand how much Tox has endured in his efforts to help the people of Syria."

His organization, Live Updates From Syria, describes itself on Facebook as “a team of front-line Humanitarian aid workers working inside war-torn Syria” that delivers aid and raises awareness of the crisis. The group said that since Sharif’s capture, Hayat Tahrir al-Sham has taken over his projects, including a school and refugee housing.

His British wife, Racquell Hayden Best, described Sharif on Facebook as “a man who has given up everything to come here and help those who are oppressed.” Best said she had requested a formal statement from Hayat Tahrir al-Sham explaining why Sharif was taken, but has received no response.