The State Department has yet to publicly acknowledge the activist's disappearance 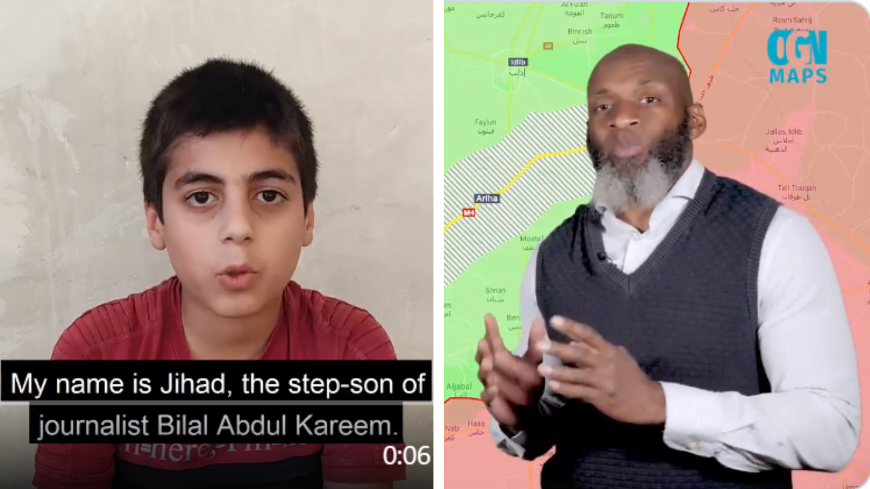 Abdul Kareem was taken from his car and taken into custody by Hayat Tahrir al-Sham militants alongside his driver, identified as Abu Mohamad al-Homsi, near the city of Atmeh in the Idlib countryside, the stepson said.

It was the second time in a week that Abdul Kareem had publicly discussed allegations that Hayat Tahrir al-Sham has tortured captives.

Abdul Kareem has been more openly critical over the last several months of Hayat Tahrir al-Sham, the militant group in control of much of Idlib province and designated a terrorist group by the United States and the United Nations.

Sharif was stripped of his British citizenship in 2017 over alleged links to al-Qaeda. Abdul Kareem has been based in rebel-held northwest Syria since at least 2014, and has rubbed elbows with Jabhat al-Nusra figures in the past.

Abdul Kareem’s WhatsApp number has not been used since late Thursday afternoon, according to Charles Lister, director of the Syria program at the Middle East Institute in Washington. “Bilal was lying low,” Lister told Al-Monitor. “He knew he was wanted.”

Born Darrell Lamont Phelps in upstate New York, Abdul Kareem is an Islamist-aligned independent reporter covering Syria’s civil war, offering rare access to journalists seeking to expose the brutality of living under airstrikes by Russia and the Assad regime. He has worked with CNN, the BBC, Al Jazeera and Sky News.

He sued the US government in 2017, alleging he is on a kill list and that he had survived five US drone strikes.

A federal court in Washington dismissed his lawsuit, siding with the federal government’s position that his case cannot proceed because the information he seeks is classified.

Hayat Tahrir al-Sham leader Abu Mohammed al-Jolani has recently been working to rebrand himself, publicly appearing alongside tribal leaders in Idlib and at displaced persons’ camps.

His group has rounded up a number of critics and figures allegedly aligned with more radical groups in recent months, since Turkey agreed to Russia’s demand to rid the area around the M4 highway of ill-defined extremists in exchange for a cease-fire in the rebel-held province.