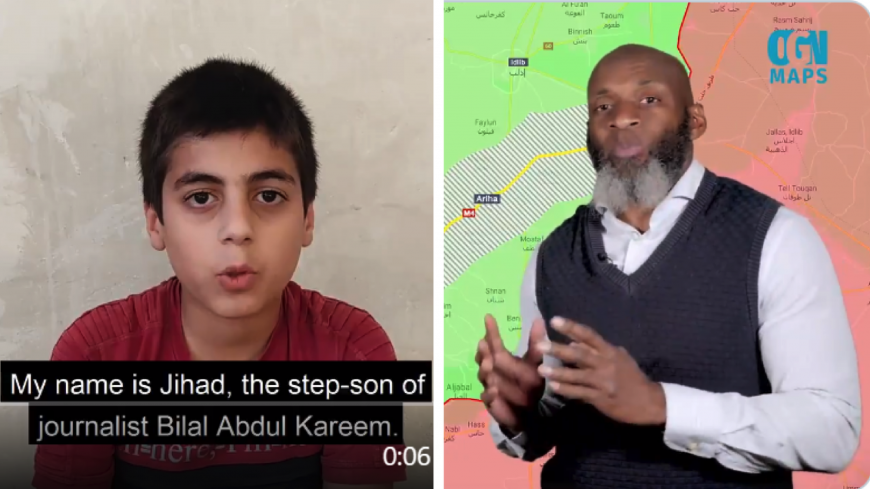 An American-born activist imprisoned by the Syrian Islamist group Hayat Tahrir al-Sham (HTS) has been released, the group announced today.

HTS arrested Bilal Abdul Kareem in August amid a crackdown on activists and aid workers perceived as critical to its activities and policies in Idlib province, Syria’s last remaining Arab opposition enclave.

Born Darrell Lamont Phelps, Abdul Kareem has been in Syria documenting the war from the ground since at least 2014. He has met with al-Qaeda-linked figures in the past and sued the US government in 2017 on suspicion he was on a top-secret kill list approved by the White House.

HTS’ public relations arm announced Wednesday that Abdul Kareem had been released on an appeal for amnesty, as long as the activist’s “release conditions, which are connected with public matters and his military activity,” are followed.

The Islamist group did not specify the conditions but accused Abdul Kareem of “working with groups that violate public security,” “incitement against the local authorities,” “spreading lies” and conducting interviews “with personalities wanted by the judiciary” of HTS.

Prisoners’ advocate and activist Moazzam Begg, who is in contact with Abdul Kareem, posted a photo of the freed American alongside British aid worker Tauqir Sharif, an aid worker from the United Kingdom arrested in June by HTS militants.

Abdul Kareem publicly interviewed Sharif’s wife shortly prior to his arrest in August, bringing to light allegations that the British aid worker had been tortured in HTS custody.

The American activist’s stepson said in a video message in August that his stepfather was pulled into a car by armed men outside a mosque in the Syrian town of Atmeh.

The leader of HTS, Abu Mohammed al-Golani, has been working to rebrand himself, including in an interview with US-based PBS news earlier this month. Golani, who founded al-Qaeda’s defunct Syria franchise, Jabhat al-Nusra, has led a purge against Islamist extremist rivals in Idlib in recent years.

The United States has killed a number of al-Qaeda-linked figures in drone strikes in northwest Syria in recent years, some tied to HTS’ more extreme rival, Huras al-Din.