Sarah Hegazi was arrested in 2017 after raising the rainbow gay pride flag at a concert in Cairo. 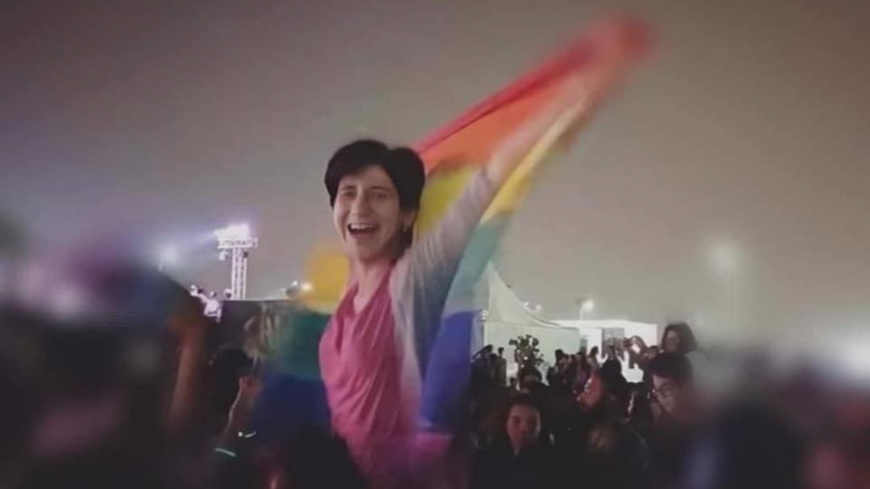 Sara Hegazi is pictured raising a rainbow flag at a concert in Cairo in September 2017. - TWITTER/bahirairl

An LGBTQ activist jailed after waving a rainbow flag at a concert in Egypt was found dead over the weekend in a suspected suicide, the local press reports.

Egyptian authorities arrested Sarah Hegazi, 30, in October 2017 over the raising of the gay pride flag at concert performed by Lebanese indie-rock group Mashrou’ Leila, whose lead singer is openly gay.

Hegazi, the only woman of more than 70 rounded up in the sweeping anti-gay crackdown, was charged with “promoting sexual deviancy and debauchery.” At the time of her arrest, the activist said an officer asked her if she was a virgin and why she wasn’t wearing a hijab.

Hegazi says she was tortured with electric shocks and sexually abused by her cellmates at the Sayeda Zeinab police station.

She was released on bail after spending three months in a women’s prison, during which she says she spent time in solitary confinement, and suffered post-traumatic stress disorder and panic attacks as a result of the trauma.

Fearing her rearrest, Hegazi fled the country and sought asylum in Canada, where she continued to struggle with her mental health, she explained in an article for independent media outlet Mada Masr in September 2018. In Canada, Hegazi attempted suicide twice.

This weekend, the activist posted a photo on Instagram with the caption, “The sky is better than Earth. And I want the sky, not Earth.” She also left behind a letter to her family and friends asking for forgiveness, according to Al Jazeera.

“To my siblings: I tried to find redemption and failed, forgive me. To my friends: The journey was harsh and I am too weak to resist it, forgive me. To the world: You were cruel to a great extent, but I forgive,” she wrote.

On social media, tributes to Hegazi poured in from admirers and fellow activists. Egyptian gay rights activist and neuroscientist Ahmed El Hady wrote in a Facebook post that the world had “lost a luminary that dreamt of a just world.”

“I refuse to see you as a victim my dear Sara. You are a hero, you are a fighter and I promise you that we will continue your fight,” he said.