Mashrou’ Leila, whose main singer identifies as queer, announced it was disbanding, after facing accusations, harassment and threats over their songs. 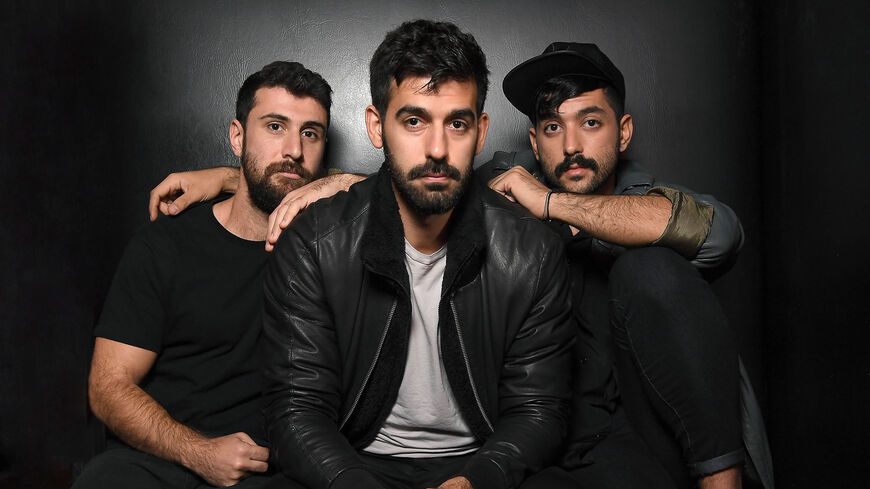 BEIRUT — Hamed Sinno, lead singer of the Lebanese four-member indie rock band Mashrou’ Leila that was formed in Beirut in 2008, announced the end of the group.

The announcement was made on the platform of the Lebanese “Sarde” podcast on YouTube Sept. 11.

Sinno explained that the decision to disband the band came as a result of online harassment, hate campaigns and banning of the group’s concerts in Lebanon and several other Arab countries.

“Every member of the band is a genius and can work alone,” Sinno said. “It is difficult for the group to continue to exist while it is being deprived of its audience."

Sinno also recounted Mashrou’ Leila’s hardships with bans in Lebanon, Jordan and Egypt, revealing that the real reason behind the restrictions on the band is his declared gender identity, as he defines himself as being queer — something that he believes was behind the spate of attacks on the musical group and their work over the past years.

Many of the group’s songs touch on the issue of homosexuality, namely the 2009 song “Sham El Yasmine,” which speaks of a forbidden relationship and love between two men, and their struggle to lead normal lives together.

“Every time you demand change, they make you despair until you sell out all your freedom. They tell you to stop preaching and come dance with them,” read the lyrics of the song "Lil Watan" ("For the Motherland"), the second release of Mashrou’ Leila’s third album "Raasuk" released in 2013.

While the group’s songs echoed with the Arab youth as they boldly discussed rebellious topics against prevalent social norms and traditions, drawing support from the marginalized groups, the band’s lyrics also sparked widespread controversy in the Arab region.

In the wake of Sinno’s announcement of the group’s disbanding, the Lebanese were divided between those who welcomed the decision and others who were dismayed by it.

Meanwhile, the band refrained from making any media statement, without clarifying its stance.

Lebanese actor Ziad Itani told Al-Monitor, “There’s nothing sadder than a musical group, whether Mashrou’ Leila or any other band, announcing the end of its music career.”

He said, “Regardless of what we think of the band, because people have different tastes, creativity must have no limits, which was what was being imposed on the band. Art cannot be forced."

Itani added, “It is a shame that Mashrou’ Leila comes to an end, while the discourse of violence and hatred remains and thrives in Lebanon, at a time when we are in dire need of smothering corruption and closing detention centers.”

Khaled Soubeih, music artist and leader of The Great Departed band, believes that the decision to disband must be up to the group’s members, their circumstances and ability to continue making music.

“What is worrying about Mashrou’ Leila’s decision to disband is that it comes as a result of intensified attempts at repression and censorship targeting vulnerable groups,” he told Al-Monitor.

He said, “This is not to mention the accusations of blasphemy and treason, racism, hatred and threats of violence and attempts to silence voices that are considered different, whether in the name of the homeland, national security, or in the name of preserving religion, morals and values."

Soubeih added, “In addition to the political authority in our [country], there is also a religious and moral authority that is acting as a watchdog, which naturally causes many voices to subside. There is no doubt that there will be newcomers on the art and cultural scene who will stand up against the [cultural] tyranny that has been occupying the region for decades.”

Mashrou’ Leila held several concerts in Lebanon and abroad and was faced with several violent campaigns during its musical course.

In 2016, the band’s concert was canceled in Jordan in the wake of protests from members of parliament and Christian authorities. The ban was renewed the following year by a decision of then-Jordanian Interior Minister Ghaleb al-Zoubi on grounds of “provoking public feelings.”

The hardest blow to the band was in Cairo. On Sept. 22, 2017, Mashrou’ Leila was performing in front of a large crowd in the Egyptian capital, during which Sarah Hegazy, an Egyptian LGBTQ activist, raised the rainbow flag. She was arrested along with 30 others from the audience on charges of inciting immoral acts.

The band was then banned from performing in Egypt.

"[Hegazy] was sexually harassed and tortured with electricity during her detention, which lasted for three months, before she ended her life and committed suicide in 2020,” Sinno said during the podcast. “This was extremely hard for me. I felt guilty for a long time. I felt I no longer wanted to make music."

On Aug. 9, 2019, the band was set to perform at the Byblos International Festival. The concert was banned against the backdrop of widespread rejection and accusation that the lyrics of one of the group’s songs offend the Christian faith.

In response to the ban back then, a group of activists organized an alternative and free concert playing Mashrou' Leila songs in Beirut. The event was dubbed “The Music is Louder.”

Sahar Mandour, Lebanon researcher at Amnesty International, told Al-Monitor, “Amnesty International documented the attacks against the band members when they announced they were going to perform in Byblos. We addressed the Interior Ministry in particular, as it was its duty to protect the members’ safety, but it refused, despite all the threats and hate and violence speech they were subjected to.”

She noted, “The [Lebanese authorities] made it clear to the artistic and cultural scene, LGBTQ communities and the various sects in Lebanon that there is no place for freedom of artistic thought and that the freedom of expression has red lines that must not be crossed.”

Mandour said, “I regret to see the group disband but I don’t believe that its members were able to continue. They were trying to create something new and were faced with aggression from the authorities in the region. Why? Because one of the members is queer? This is persecution over his gender and sexual identity and a blunt discrimination that has nothing to do with the group’s musical work.”

She added, “Thankfully they [the members] are safe and sound. I hope they will heal from the psychological wounds that were inflicted on them."

Jad Shahrour, media official at the Samir Kassir Foundation, a Lebanese nonprofit civil organization upholding the culture of democracy in Lebanon and the Arab world, told Al-Monitor, “What happened is not democracy. This is repression, even if it was the group’s decision to disband.”

He said, “The religious authorities in Lebanon were successful in repressing a music group. This an indication that Lebanon continues to be regressive in terms of freedoms, especially in relation to the religious authorities’ interference in the cultural and artistic fields and the sexual orientation of the LGBTQ community, which is highly unacceptable and rejected."