The death of activist Sarah Hegazy has renewed the debate over gay rights in Egypt amid an ongoing crackdown against the LGBTQI+ community. 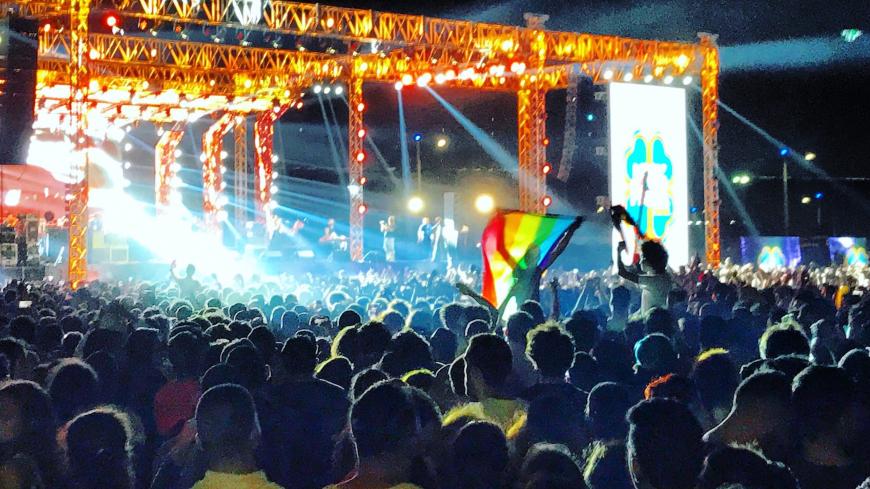 Fans of the Lebanese group Mashrou' Leila hold a a rainbow flag at a concert in Cairo, Egypt, Sept. 22, 2017. - Benno Schwinghammer via Getty Images 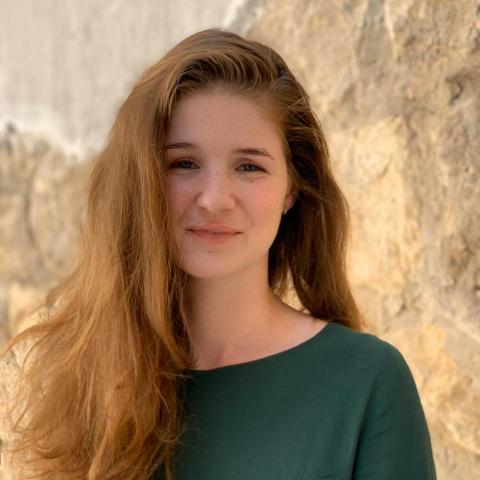 CAIRO — “To my siblings: I have tried to find salvation and I failed, forgive me. To my friends: The journey was cruel and I am too weak to resist, forgive me. To the world: You were horrifically cruel, but I forgive.”

These are the last words that Egyptian queer activist Sarah Hegazy wrote down before she died by suicide on June 13. In September 2017, she was at a concert in Cairo where the Lebanese band Mashrou’ Leila — whose lead singer is openly gay — was performing. With a big smile on her face, she raised a rainbow flag.

Lobna Darwish, gender and human rights officer with the Egyptian Initiative for Personal Rights, told Al-Monitor that the concert was followed by a smear campaign in the Egyptian media against those who attended the concert and a harsh crackdown during which at least 75 LGBTQI+ individuals were arrested. Sarah Hegazy was one of them.

She was imprisoned and tortured for three months on charges of debauchery, indecency and joining an illegal organization. Although homosexuality is not illegal under Egyptian law, LGBTQI+ individuals are often arrested on similar charges.

“I became afraid of everyone. Even after my release, I was still afraid of everyone, of my family and of friends and of the street. Fear took the lead,” Hegazy wrote back in 2018 in an article for the independent news website Mada Masr, “A year after the rainbow flag controversy.”

She struggled with depression, post-traumatic stress disorder, anxiety and panic attacks. Life as a lesbian in Egypt became unbearable and out of fear of being re-arrested, she went into exile in Canada. She continued her LGBTQI+ and human rights activism. But cut off from friends and family, her situation did not improve and eventually led to her death.

“What she was living was too much for anyone to survive,” a friend of Hegazy living in Cairo told Al-Monitor, anonymous here for their safety. “Sarah is a victim — though I hate this word — but yes, she is a victim of this hyperconservative society and the religious militaristic regime. She lived a hard life and experienced all kinds of harassment every day and everywhere.”

Her death is resonating across social media, where people have posted messages of support and many added a rainbow filter to their profile pictures. Analyst Timothy Kaldas tweeted, “Sarah Hegazi dared to honestly be herself for a few moments. For many in Egypt, living safely requires living a lie. For those who demand honest existence, the choices are prison, exile or death. Sarah experienced all 3 … because she loved honestly in a place that hated her for it.”

Others took the opportunity to start a “campaign of hate speech and homophobic and transphobic posts and comments attacking Sarah and the LGBTI community in Egypt,” as the Bedayaa Organisation, which works on LGBTQI+ issues in Egypt and Sudan, described it in an e-mail to Al-Monitor.

Musician Islam Chipsy, for instance, wrote on Facebook, “Homosexuals and homosexuality are major sins.” He later deleted the post and posted a video in which he said his personal beliefs should not be linked to his music.

Hegazy's story is not an isolated one. Being openly gay in Egypt is difficult because of societal norms and LGBTQI+ individuals face many issues, with violence from both the state and civilians being the most obvious, Darwish said. They also suffer from a lack of legal protection, which means that reporting an attack, harassment or rape to the state is impossible. Other structural issues, like the intervention of the medical system through anal examinations, forms of corrective therapy or lack of medical attention and services are also harmful, Darwish explained. “And all these issues result in economic consequences for the community. Generally people cannot hold jobs well, cannot continue safely in their work or places of study.”

Mohamed Alborgi, founder of the LGBTQI+ organization Rainbow Egypt, told Al-Monitor, “The majority of LGBTQI individuals in Egypt are living in fear.”

He explained that anxiety, depression, chronic stress and fear are common mental health issues. “Being an outspoken ally or an LGBTQ+ individual in Egypt is an act of heroism. It could mean losing ties with family, losing friends and the social support network, being fired from work or physical and verbal violence in public and private spaces without finding a legal system to gain your rights back or report these offenses.”

“I have struggled for a long time to reach the point where I am feeling just okay with myself, as everything else was telling me the opposite,” a 23-year-old gay man living in Cairo told Al-Monitor. “The main issue for me, a queer man in Egypt, is that my entire life, everything that defines me as a person doesn’t fit in the societal standards of how a man should be. I struggle with the fact that basically no place here is totally safe for me to be me. I am afraid of the violence that is rooted in Egyptian society and its institutions against the LGBTQI+ community and this has led me to live for years under the impact of mental health issues.”

A 34-year-old gay man told Al-Monitor he came to Cairo in 2013. “I was always afraid, but that didn’t save me, either. I was beaten up in my home and they broke my nose and stole my stuff.” He said he couldn’t tell the police because if they came to know about his sexual orientation, they would make his life miserable instead of dealing with his attackers. Eventually he moved to Istanbul in 2018. “I left Egypt because it’s a place to die, not a place to live.”