Gulf countries might step up to keep Oman’s public finances afloat, but experts warn strings may be attached. 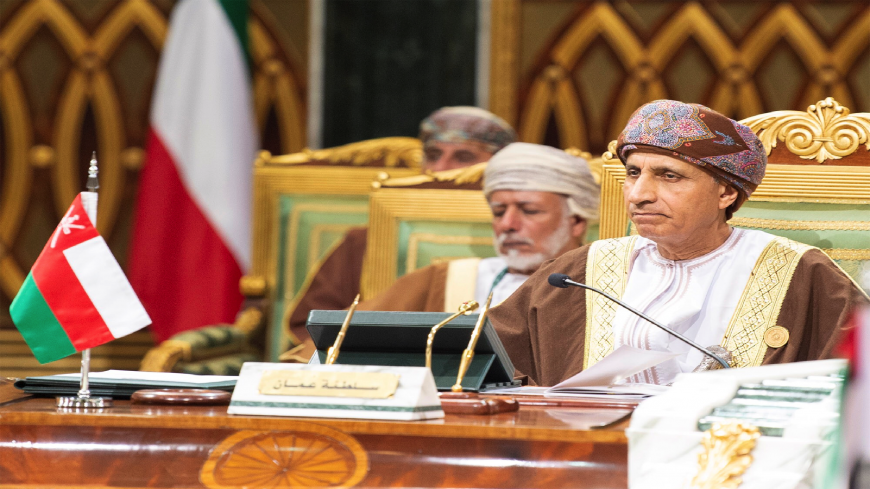 The erosion of Oman’s fiscal balance was discussed during high-level political meetings attended by Gulf officials, Bloomberg revealed. "Nothing has been decided," but the sultanate could seek financial assistance from its neighbors, the June 11 report mentioned.

Analysts warn such support could come with a price with regard to Oman's trademark independence in handling regional affairs. In recent years, the country stayed out of a Saudi-led military intervention in Yemen and an ongoing embargo imposed on Qatar by Saudi Arabia and the United Arab Emirates (UAE).

Given intra‐Gulf disputes, GCC foreign ministers are unlikely to speak with one voice as they did at the height of the 2011 Arab Spring protests to announce a $20 billion fund for Oman and Bahrain. GCC representatives did not respond to Al-Monitor's request for comment.

“The GCC as a multilateral organization has stopped to function effectively since 2017,” said Andreas Krieg, assistant professor at King’s College London. “Multilateralism in the Gulf has been replaced with unilateralism and bilateralism,” Krieg told Al-Monitor.

'Omanis could be tempted to join camp'

In an increasingly polarized Gulf region, some predict self-interest could take over regional unity. Krieg believes Oman’s direct GCC neighbors would be the priciest lenders.

“Any financial assistance from either the UAE and Saudi Arabia will be conditional on Oman becoming more supportive on issues where Oman has opted out to support Abu Dhabi and Riyadh,” the expert said in reference to the Qatar crisis and Oman’s neutral role vis-a-vis the Houthis. “Also, Oman's friendly relationship with Iran is a problem for Saudi Arabia."

In the event of the UAE or Saudi Arabia bailing out Oman, geopolitical-­risk firm Stratfor’s Middle East analyst Ryan Bohl foresees informal expectations for Muscat to use its “good relationship with Washington to lobby for pro-Saudi/Emirati interests in the United States.”

S&P Global Ratings notes “the extremely high level of external liquid assets available for use by sovereigns in the region should they deem it politically expedient,” Gupta said.

Following the failure of the 2015 Iran nuclear deal, however, some in Oman raised concern over the lack of financial outcomes from the country’s active role in regional mediations.

“Omanis could be tempted to join camp more decisively and more convincingly in exchange for tangible economic and financial benefits,” Cinzia Bianco, a Gulf researcher at the European Council on Foreign Relations, told Al-Monitor.

Yet Omanis interviewed by Al-Monitor in March expect neighboring countries to respect the sultanate's neutrality because it “serves as an open channel to mitigate regional tensions.”

Indeed, the Gulf country hosts talks between various actors involved in the Yemen conflict, and ahead of the 2015 Iran nuclear deal, it provided a venue for secret US-Iran talks.

In this context, financial assistance from the northernmost Gulf state of Kuwait is viewed as a "politically healthy" compromise without political conditions attached. In 2019, Kuwait’s energy conglomerate approved a $2 billion investment in Oman’s Duqm refinery.

However, hit hard by the coronavirus pandemic and low oil prices following half a decade of budget deficits, Kuwait is expected to be the only country in the world to run a budget deficit above 30% of gross domestic product, according to estimates.

Qatar, which is expected to be the only Gulf country to run a fiscal surplus this year despite an ongoing global recession, could play a key role. On May 21, the Omani ruler met with the minister of foreign affairs and the minister of finance of the gas-rich nation.

“If Oman goes to Qatar, it is unlikely to affect its foreign policy, but the reaction of Saudi Arabia and the UAE remains to be seen given the current context,” Houchang Hassan-Yari, head of the department of political science at Sultan Qaboos University, told Al-Monitor.

“The UAE has been displeased with Oman's neutral role in the Qatar crisis and thought it could sway the new sultan to change sides,” Krieg commented. According to Reuters, in 2017 a regionwide hacking program reportedly linked to the UAE targeted activists, officials and diplomats, including Oman’s head of foreign affairs.

Krieg said Oman's allowing Qatar to bypass the UAE’s Jebel Ali Port — the largest port in the Middle East — makes the blockade “less effective.” Bilateral trade between Oman and Qatar tripled from 2016 to 2018.

Oman’s Ministry of Foreign Affairs did not respond to Al-Monitor’s request for comment.

According to the June 2020 Bloomberg report, the United States also discussed ways to support Oman, “including under its 2009 Free Trade Agreement with the sultanate.” Contacted by Al-Monitor, the US Embassy to Muscat did not provide further details.

Last year, the United States clinched a deal to access two Omani ports as Iran's actions in the Strait of Hormuz raise concerns. “The deal could also better position the United States in the region for what has become a global competition with China for influence,” Reuters reported.

Muscat turning to Gulf partners for financial support would also signal a willingness to limit the country’s dependence on China, noted Camille Lons, a researcher specializing in China-Middle East relations at the International Institute for Strategic Studies.

“Oman is one of the most indebted Middle Eastern countries to China,” she told Al-Monitor.

Looking at a seventh straight year in the red, Oman expected to tap debt markets to cover a large chunk of its 2020 deficit, but oil prices collapsed, discussions were put on hold and the expected shortfall soared to over $10 billion, urging the country to take swift action.

Recent cuts in public expenditure led to a fiscal surplus in the first four months of 2020, yet Oman faces one of the widest fiscal deficits in the Gulf. “There is certainly no easy solution,” Yesenn El-Radhi, a senior analyst at Capital Intelligence Ratings, told Al-Monitor.

At the society level, Omani nationals hold to the country’s decadeslong commitment to dialogue and regional diplomacy. “We will remain as the world had known us,” Sultan Haitham promised in January 2020. The time has come to put words into action.