Settlers lash out at Trump, spark war of words with Netanyahu

Settler leaders are now attacking the Trump administration as they resist Prime Minister Benjamin Netanyahu's annexation plan, which they fear will lead to the creation of a Palestinian state. 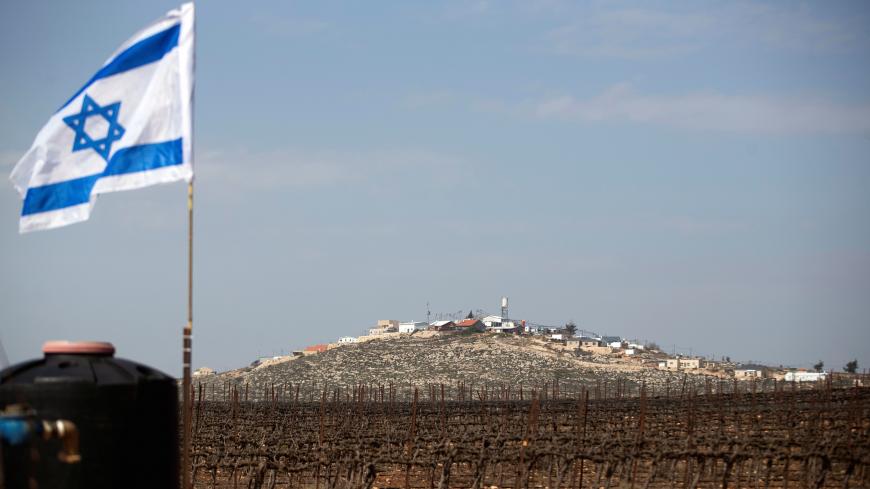 A general view shows vineyards near the Jewish settlement of Achiya in the Israeli-occupied West Bank, Feb. 18, 2020. - REUTERS/Ronen Zvulun

Prime Minister Benjamin Netanyahu responded to remarks by settler leader David Elhayani that US President Donald Trump and his senior adviser Jared Kushner are not true friends of the State of Israel. In a June 3 statement, Netanyahu strongly condemned Elhayani's words, saying, “President Trump is a great friend of the State of Israel. He has led historical moves for the State of Israel, including: Recognizing Israeli sovereignty in the Golan Heights, recognizing Jerusalem as Israel’s capital, moving the US Embassy to Jerusalem and recognizing the legality of settlements in Judea and Samaria," referring to the West Bank.

The comment reflects an escalation in settler rhetoric vis-à-vis the Trump administration and its peace plan. Several leaders of the settlers believe that Trump’s plan and the annexation advanced by Netanyahu will eventually lead to the creation of a Palestinian state, to which they object. Now it seems that parallel to campaigning against Netanyahu’s annexation plan, some settlers intend to campaign against the American plan and perhaps even against Trump himself.

The front opened by some of the settler leadership against the American administration worries Netanyahu as well as senior politicians within the pro-settler Yamina party. Yamina chair Naftali Bennett tweeted immediately after Elhayani’s remarks, "President Trump is a huge friend of the State of Israel, and we are all grateful for his support in the fight against Iranian aggression, moving the embassy, ​​recognizing the Golan Heights and much more." Former Justice Minister Ayelet Shaked of Yamina tweeted, “President @realDonaldTrump is a true friend of Israel!"

Still, the criticism by right-wing leaders did not appear to deter the settler leadership, at least not Elhayani. Speaking June 4 on the morning program of Israel’s Kan public radio, Elhayani said he had heard from a senior Likud member that the Americans have set a new condition for their consent to implementing Israeli sovereignty over parts of the West Bank: a "broad national consensus."

"I haven't forgotten the past US president, but with regard to the Trump outline of establishing a Palestinian terror state in the heart of Israel, maybe someone misled him," said Elhayani, adding fuel to the fire.