Has Netanyahu given up on annexation before the election?

Right-wing parties and settlers are pressuring Prime Minister Benjamin Netanyahu to defy the Trump administration and annex Israeli settlements on the West Bank now rather than after the March 2 elections. 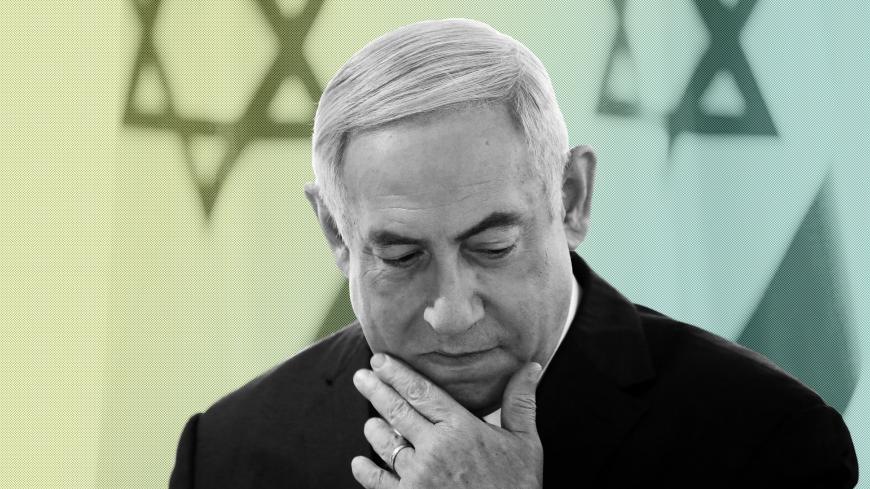 What looked on Jan. 28 to be Israeli Prime Minister Benjamin Netanyahu’s greatest achievement — a joyous ceremony at the White House during which President Donald Trump gave the Israeli right the best diplomatic gift of all time — has since turned into an electoral burden. This about-face is due to Netanyahu’s inability to realize the promise he made to impose sovereignty on the West Bank before elections scheduled for March 2.

As Trump said at the ceremony, his plan gives Israel 30% of the territory on the West Bank and allows it to annex all of the settlements after the formation of a “joint committee” to finalize the details. Netanyahu ignored this little condition, and with the encouragement of the American ambassador to Israel, David Friedman, told Israeli journalists after the ceremony that sovereignty would be enacted immediately, that he would gather the government to authorize it upon his return to Israel. It turned out that this had not been coordinated with White House seniors Jared Kushner and Jason Greenblatt, the architects of the plan, who rejected sovereignty before the elections and before the joint committee completed its work.

Netanyahu was thus forced to retreat, and after several days of silence on the subject admitted on Feb. 4 that the highly significant move would be postponed until after the elections, if he is elected. At a campaign event in Beit Shemesh, he said, “When we win, we will impose Israeli law on all the Jewish settlements in the Jordan Valley and Judea and Samaria [West Bank].”

Netanyahu’s retreat on such a big promise so damages his credibility on the right that it could have electoral repercussions. In the September elections, the Likud received around a quarter of the settler vote, or about a mandate and a half, and even more than that from religious Zionists in general and the ideological right that supports the concept of the Land of Israel.

In the meantime, the settlers' Yesha Council isn’t wasting time and has launched a campaign to push for enacting Israeli sovereignty over the West Bank. Yossi Dagan, head of the Samaria Regional Council, said on Feb. 2 that Netanyahu must impose sovereignty now even if the administration in Washington opposes it. According to Dagan, Trump must be told, “We truly respect you, but the State of Israel is a sovereign nation. We will impose sovereignty whether you change your mind or not.”

Dagan further said, “We all respect the president of the United States, Trump, who leans in Israel’s favor much more than his predecessors, but Mr. Prime Minister, we elected you in an election in the State of Israel, we didn’t elect Trump, we didn’t even elect Jared Kushner. The State of Israel is not a banana republic. We won’t be a tool for the internal intrigue within the White House. Sovereignty is the right and strategic thing. It’s what the citizens of the State of Israel expect of you, and this is what you declared at the White House.”

David Alhayani, head of the Yesha Council, remarked to Al-Monitor, “I made a big mistake. The Americans have led us astray. I was in Washington. We sat with a senior member of Trump’s administration who told us, ‘If in 48 hours the Palestinians don’t join the agreement, you can enact sovereignty.’ The fact of the matter now is that there is zero sovereignty, and without the agreement of the Americans, Netanyahu can’t annex a millimeter. We should take this agreement and throw it in the trash. It’s an existential threat to the State of Israel.”

On Feb. 4, Yesha Council leaders erected a protest tent in front of the Prime Minister’s Office in Jerusalem. Smelling blood, the leaders of parties to the right of Likud rushed to the scene to join in demanding immediate sovereignty on the West Bank. Yisrael Beitenu leader Avigdor Liberman challenged Netanyahu, asserting that if Netanyahu brings the issue before the Knesset, his party would back the move, meaning there would be a majority of at least 63 Knesset members for annexation. He further said that if the sovereignty issue isn't presented to the Knesset now, nothing will happen after the election. “Netanyahu won’t enact sovereignty over a grain of sand in Judea and Samaria,” Liberman said, taunting the prime minister.

Transportation Minister Bezalel Smotrich and Knesset member Ayelet Shaked, both from Yamina, also visited the tent to distinguish themselves from Netanyahu. Smotrich said, “In order for the right to win, we have to impose sovereignty here and now! In order to make sure there is not a dangerous diplomatic process at the end of which an Arab state divides the Land of Israel, we have to impose sovereignty here and now before the election. This is our demand to the prime minister. This is our expectation of him, and we will stand behind him and give him our full backing in order to enact this step.”

Shaked remarked, “We are at a historic moment: Either we impose sovereignty or it will be the [missed opportunity] of the century, and the threat of the century, because it’s very important what we start with. If the first step will be the imposition of sovereignty, then it’s clear that a terrorist Palestinian state won’t be created, but if the first step is negotiations to create a terrorist Palestinian state, then we won’t [have the chance to] enact sovereignty.”

How has Netanyahu responded to such pressure from the right? He hasn’t released an official statement walking back his intention to immediately impose sovereignty, choosing instead to bury it in the campaign speech he delivered in Beit Shemesh and with a caveat: Only if we win can we impose sovereignty.

A senior diplomatic source told Al-Monitor that Netanyahu feels misled by the Americans. Netanyahu heard clearly that if the Palestinians don’t respond positively to the offer, he could impose sovereignty on some of the settlements at the least. Later it was made clear to him that Kushner opposed immediate annexation and wanted the government formed after the March 2 elections to take the step.

Netanyahu has now adjusted his campaign to emphasize that no one besides him, certainly not Blue and White leader Benny Gantz, can realize the American promise of annexation through the “deal of the century.” At the same time, he is highlighting his other diplomatic achievements, like meeting with Sudanese leader Abdel Fattah al-Burhan in Uganda on Feb. 3 and furthering the possibility of normalizing relations with Khartoum, one of Israel’s enemies. Netanyahu's advisers take solace in that even if the Likud loses mandates, they will be picked up by the parties in the right-ultra-Orthodox bloc that support Netanyahu. 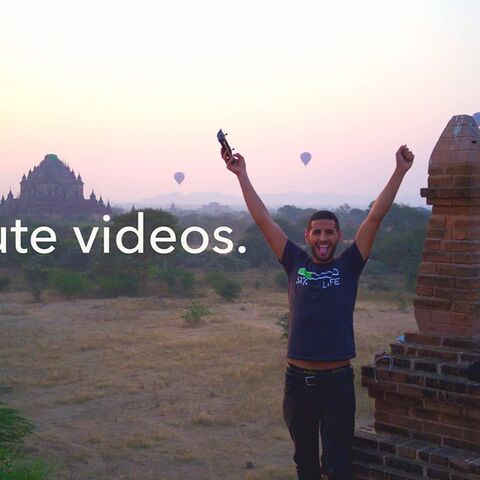