Can Netanyahu spin right-wing annexation war to his advantage?

Prime Minister Benjamin Netanyahu isn’t too worried about rejecting calls on the right for “Annexation now!” as those who do not like his response apparently have nowhere else to go. 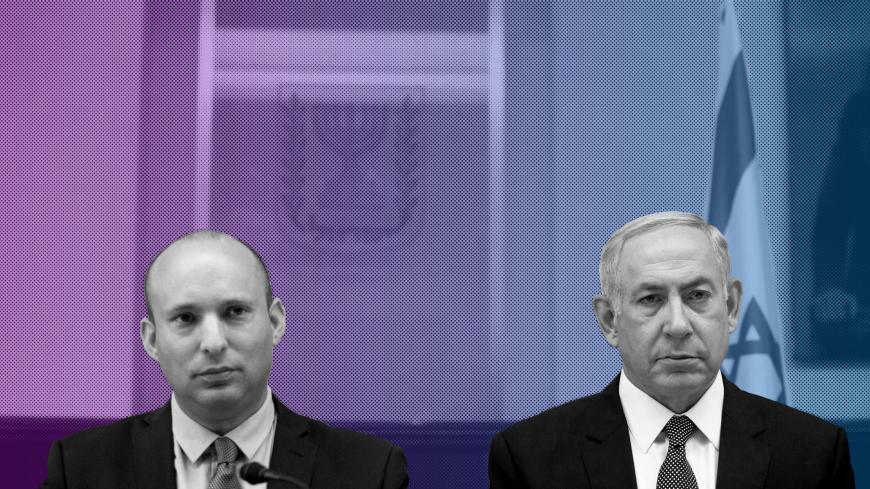 When the Israeli Cabinet convened on Feb. 9, it was obvious to just about everybody in attendance that there would be no annexation of West Bank lands, no matter how small, until after the March 2 elections. At a campaign rally in Maale Adumim the evening before, Prime Minister Benjamin Netanyahu announced that the United States and Israel were busy mapping out the area and that Israel will not be acting immediately to impose sovereignty on any part of it.

The morning of the Cabinet meeting, David Friedman, the US ambassador to Israel, provided additional clarity, tweeting, “Any unilateral action in advance of the completion of the committee process endangers the Plan & American recognition.” This statement came from the man who provided momentum to the long-standing aspiration of the right to impose Israeli sovereignty on at least part of the West Bank before the upcoming election. Now, he had deflated the right’s annexation balloon once and for all. That Friedman is popular among the settlers and acts as their lobbyist in the White House did not soften the blow. If anything, it put Netanyahu on the defensive.

With three weeks left until the elections, Netanyahu was forced to put out a fire in his own camp while racing to win 61 seats for the right-wing-ultra-Orthodox bloc. What makes the situation all the more frustrating for him is that Netanyahu himself had fanned the flames when he promised annexation. The settler leadership and his ministers from Yamina are not making life easy for him. They have called on him to show leadership by declaring the unilateral annexation of West Bank territories without US support. They even invoked former Prime Minister Menachem Begin, who announced the annexation of the Golan Heights in 1981 without first informing the Americans.

“There will never be a better time to impose sovereignty on our homeland,” tweeted Defense Minister Naftali Bennett Feb. 8. “I call on Prime Minister Netanyahu to bring the annexation of Judea and Samaria [West Bank] up for an immediate vote by the government. Mr. Prime Minister, we will stand by your side. Without [Israeli] sovereignty, we will get a Palestinian state with Jerusalem as its capital.” Netanyahu was livid.

From the prime minister's perspective, Bennett and his colleagues are little more than a bunch of ingrates. Not only did they fail to hoist him on their shoulders after presenting them with President Donald Trump's plan, which includes recognition of the settlement blocs and the Jordan Valley as part of Israel, now they were attacking him mere days before a momentous election. This was the energy that Netanyahu brought to the Feb. 9 Cabinet meeting.

Sounding genuinely angry, Netanyahu told the ministers, “In Washington, on my last visit, we made history.… This plan is the result of accelerated and joint work by the staffs.… This requires precise mapping of these territories, the entire territory.… The work has begun. The Israeli team has begun work,… however, the Americans are saying very clearly, ‘We want to give you the recognition, and we will give it to you when the entire process has been completed.’’’

Netanyahu then raised his voice and pounded on the table, asserting, “This recognition is the main point. This is what we have brought. I brought it, after joint work. We do not want to endanger this.… To all those tweeting from outside and even from within the government, we have done the work. We will complete the work. Therefore, the work is underway, and I hope it will be completed very soon.”

It was obvious to everyone that the remark about “those tweeting” was directed straight at Bennett, in response to his tweet the previous night. Later, there were sharp exchanges between Likud ministers and Transportation Minister Bezalel Smotrich after he attacked Netanyahu. “You won’t win a single vote by firing off your gun inside the APC [armored personnel carrier],” Smotrich lashed out at the prime minister. “From where you stand now, you would support [Palestinian] statehood if the Palestinians meet all the conditions.”

The squabbling in the Cabinet meeting and Netanyahu’s jabs at Yamina ministers might suggest that the right-wing is in chaos and that the prime minister is losing his temper over it, but the truth is that the possibility of the disappointed annexationists to cause real harm to the right-wing bloc is limited. Furthermore, as much as the settlers and Yamina leaders keep taking jabs at Netanyahu, by warning him that without annexation, the right will lose power, their ability to force him to do what they want is also limited. Right-wing voters have nowhere else to go, and Netanyahu is well aware of this. The chances of voters from the ideological right crossing party lines and voting Blue and White are practically nil. That is why Netanyahu feels at liberty to do what he wants with Yamina.

The truth is that Netanyahu has been picking a fight with Yamina and Bennett, the party's chair, for the past few days. He is doing so to persuade Yamina voters to cast their ballots for the Likud instead, so he can reduce the gap between his party and Blue and White. He considers Yamina to be an easy target, with seats ready for him to pick off, and unlike in the April 2019 and September 2019 elections, Netanyahu is not waiting until the final days of the campaign to do it. He is already working to win over voters from the right. At an election rally in the Jordan Valley on Feb. 10, Netanyahu said that the real reason he appointed Bennett as defense minister was to ensure that he doesn’t “go with [Blue and White leader Benny] Gantz.” He went on to say, “Blue and White almost had a coalition, but then, at the last minute, I made the move of appointing Bennett to Defense.”

Netanyahu was doing more than just disparaging his own defense minister. He was actually accusing him of planning to join a center-left government. The implicit message was that Bennett is capable of betraying the right-wing bloc again. The conclusion, at least according to Netanyahu, is that anyone who wants to ensure that the right under him retains power should vote for the Likud. At the same time, there are reports that Netanyahu is making an effort to convince rabbis aligned with the religious Zionist movement to abandon Bennett and join forces with him for the exact same reason.

It looks like this is just the beginning. Over time, Netanyahu's offensive will become even more brutal and intense. Netanyahu has no plans to ease up on Yamina. They will demand annexation, and he will continue to claim that Bennett is already on his way to a government headed by Gantz.

So far, Netanyahu has managed to seize control of the commotion over annexation on the right. He has had numerous conversations with the Yesha Council leadership, communities on the right and Likud supporters, not to mention senior Likud leaders. He has the same message for all of them: The Trump plan is historic, and Israeli sovereignty can be imposed on West Bank territories after the election, if he is elected. He talks about the sensitive situation with the United States and asks them to let him work with Trump, as he has been doing all along. As noted, those calling for immediate annexation have nowhere else to go. They have no voting options apart from the right. That is why their disappointment over the failure to annex the territories now will not hurt Netanyahu.

All the rumbling on the right might be creating a chaotic atmosphere, but it will not harm the unity of the right-wing-ultra-Orthodox camp, just as arguments across the divide between Blue and White and Labor-Gesher-Meretz will not harm that bloc. The two camps have become a permanent fixture in Israeli politics. As the deadlock in the polls indicates, there has been no significant shift in strength between them.