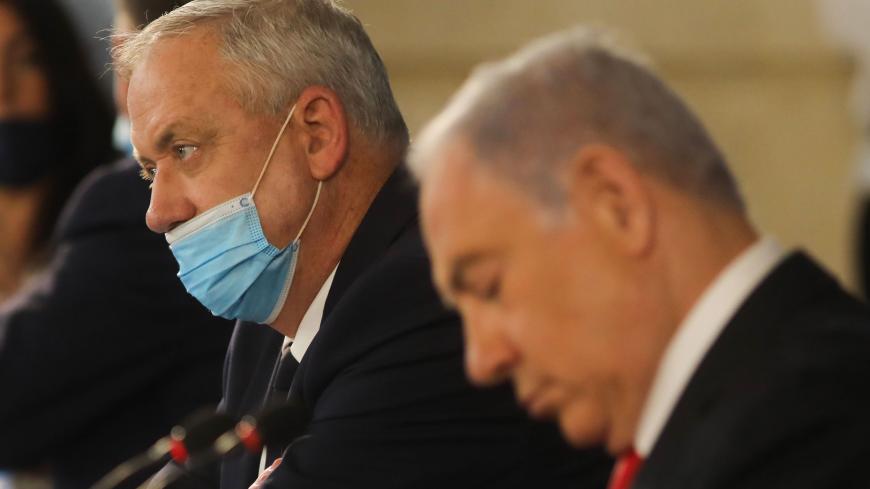 Defense Minister Benny Gantz referred on June 23 to Prime Minister Benjamin Netanyahu’s plan of implementing Israeli sovereignty on West Bank settlements, saying that annexation should not change significantly the current situation of either settlers or Palestinians. "We will execute the most responsible version of the plan in accordance with the US peace plan," said Gantz.

Gantz added, "We won’t take Palestinians into our territory; we won’t harm human rights or the right of movement. We’ll work in coordination with regional countries, and we’re in contact with them. We won’t endanger the peace agreements.’’ Already on June 18, Gantz had said he will not support the annexation of West Bank lands that are home to “many Palestinian residents.”

Speaking with military journalists, Gantz hinted that he could back advancing unilaterally the annexation plan if no progress is made toward a peace process with the Palestinians. Gantz criticized Palestinian refusal to enter into direct talks with Israel, stating that he is willing to talk directly with Palestinian President Mahmoud Abbas. “We won’t continue to wait for the Palestinians. If they say ‘no’ forever to everything, then we’ll be forced to move forward without them. … We won’t get into Palestinian deep shit,’’ said Gantz. The chair of the Blue and White party reiterated his support of Trump’s peace plan, insisting that “what we will do will have consequences, and what we will not do will also have consequences.”

Gantz’s remarks come a week exactly before July 1, when Netanyahu is expected to bring his annexation plan up for a vote in the Knesset. According to reports in Israeli media, the two men disagree on the plan, though any disagreement was not really made public. Netanyahu aims at annexing the full 30% of the West Bank allowed under Trump’s peace plan, while Gantz wants to annex only a small area, probably part of the settlement blocs near Jerusalem.

Since the March 2020 elections, and with Netanyahu pushing for his plan to be adopted, Gantz remained vague on his party’s stance over annexation. Pundits claim that Gantz has been waiting for the past few weeks for Netanyahu to publish the annexation map being elaborated by a joint Israeli-American team. US officials made it clear to Netanyahu that the administration would support his plan only if Blue and White is also on board. A meeting at the White House on the issue should take place this week.

It is also unclear whether Foreign Minister Gabi Ashkenazi, also of Blue and White, shares the same position as Gantz on a staged or limited annexation. Israel’s army radio reported today that according to an unnamed UN official, Ashkenazi is moving behind the scenes to curb the annexation plan. Still, a diplomat who spoke with Al-Monitor said that the report is probably exaggerated.