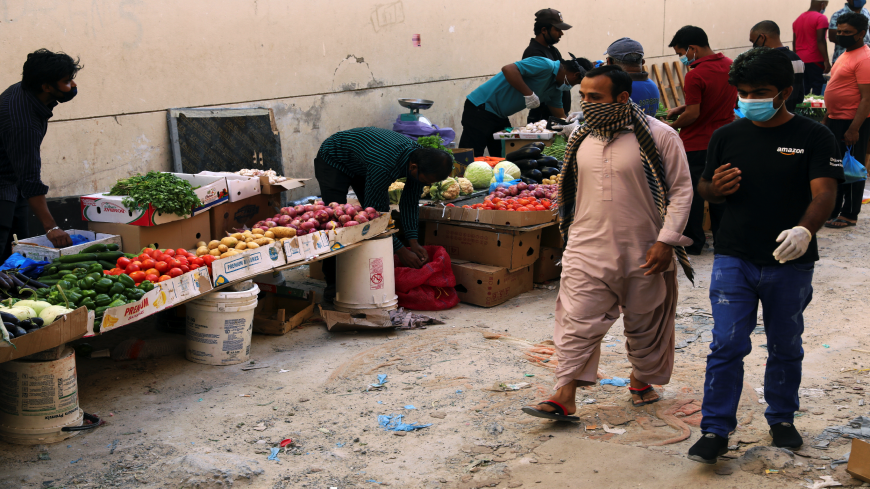 Since the coronavirus pandemic hit the Middle East, Gulf Cooperation Council (GCC) states have had to slash their budgets ruthlessly as oil prices fell drastically due to the lack of demand. As a result, masses of low-income migrant workers lost their jobs and returned to their countries, even though there was little chance of employment back home.

Now, as the outflow of educated professionals also begins, their exodus carries risks for Middle Eastern economies, as many lucrative economic sectors could virtually collapse. Having few locals with the experience or education needed to replace skilled professionals, serious management issues may arise in the days ahead.

The International Monetary Fund had already warned that the Middle East would face an economic downslide this year due to coronavirus-related lockdowns and dipping oil prices in tandem. Now, without enough skilled professionals, economic activities in the Gulf region may not remain sustainable — and a stark future lies ahead for the GCC if the exodus is not addressed.

Many highly educated expats have been working in the Middle East for decades, but with scant prospects of re-employment following the pandemic and the economic downturn, they are packing their bags. According to the International Labor Organization, foreigners in the GCC region account for more than 10% of migrants the world over, and Saudi Arabia and the UAE have been home to the third and fifth largest expat populations.

In the Kingdom of Saudi Arabia, it is estimated that expats constitute over 10 million out of its total population of nearly 34.8 million. Meanwhile, nearly 90% of the population in the UAE, half in Oman and Bahrain, and two-thirds in Kuwait are foreigners. Mostly Indians, Pakistanis, Filipinos, Egyptians and some Westerners, tens of thousands of these foreign employees have already left or are waiting for flights back home.

Following are some of the main setbacks the GCC could face with the departure of skilled foreign nationals.

First, most of the GCC states have long-term economic policies known as “Visions.” To execute these long-term plans, highly skilled professionals are essential — and even as the larger Gulf states started getting involved in more development projects, the requirement shifted from low-skilled labor to a high-skilled foreign workforce. Nowadays, the focus is on attracting high-skilled expats while low-skilled migrants are being reduced to provide jobs for locals.

Large-scale economic policies like Saudi Arabia’s Vision 2030 cannot be implemented without adequately qualified staff. With the ongoing brain drain, the management of Vision policies in most Gulf states could come to a standstill as the private sector depends on foreign employees. This will have a serious impact on the long-term plan to diversify GCC economies away from oil revenues. As Jasim Husain, a former parliamentarian from Bahrain, said to Al-Monitor, “Governmental diversification reforms rely on the private sector, which is powered by foreign labor. Economic life in the GCC is simply ‘not sustainable’ without foreign labor.”

Even futuristic megaprojects — like the $500 billion city of Neom in Saudi Arabia — might not take off anytime soon, as a highly professional, foreign staff was supposed to run the facilities.

Second, the Gulf states would face losses in taxation. Having introduced a 5% value-added tax (VAT) since 2018, countries like Saudi Arabia and the UAE would now lose precious non-oil revenue. In fact, VAT revenues now constitute a quarter of Riyadh’s total tax revenue, and the kingdom had been planning to triple value-added tax to 15% only recently. In addition, foreign migrants pay a monthly fee for each family member they sponsor, so further income will be lost.

A further 1.2 million expats will be leaving Saudi Arabia by the end of this year; 300,000 migrant workers have already left, and 178,000 more have applied to the Awdah ("Return") initiative, which facilitates the return of expat workers to their home countries.

Third, employment levels would fall by at least 13% and cause a drastic consumer cut for those GCC states that depend on tourism, real estate, entertainment and the hospitality industry. In the UAE alone, 900,000 jobs would be lost, according to estimates by Oxford Economics. Considering that the country has a population of 9.6 million, this would be 10% of its residents. As high-earning expats leave, a large portion of consumers gets slashed.

Finally, the worst affected place will be Dubai, the business hub of the Middle East. According to survey by Dubai's Chamber of Commerce, around 70% of the companies in the emirate expect to close within six months, while major global conferences and events like the Dubai Expo 2020 have also had to be canceled due to the global disruption caused by the pandemic.

Most hotels plan to cut 30% of staff, while the ride-hailing service Careem cut one-third of its jobs in May. Meanwhile, the world’s largest long-haul carrier, Emirates, started laying off employees after 30,000 jobs were slashed. Job losses in the Gulf aviation industry could go up to 800,000 in the days ahead, according to the International Air Transport Association, and those affected are mostly expats, as the Gulf airlines usually employ foreigners.

Sadly, expats who are losing their jobs cannot afford to stay and look for new employment for more than a couple of months, as affordability has become the main challenge in Dubai. Within the year, education, health, public administration and even the agriculture sector would find survival a challenge.

Consequently, Abu Dhabi is trying to lessen the impact. Automatic extensions are being granted to people with expiring work permits in the UAE, waiving work-permit fees and fines. Officially launching a permanent residency system, Golden Cards have been issued to 6,800 foreigners with investments exceeding $27 billion in the country.

However, in contrast, some states like Kuwait want to curtail their number of expats instead to make way for locals, but this is because they are not dependent on tourism and global trade for revenue. Seeking to reduce local unemployment, Kuwait would like to reduce expat numbers to 30% from its current 70% of the total population.

Basically, only foreigners who invest are welcome, and as Kuwaiti parliament member Safa al-Hashem said, expats should “pay even for the air they breathe.” Oman has also ordered state companies to speed up local employment under its "Omanisation" plan, while Jordan already gave its 800,000 migrants a deadline to leave the country under a “Jordanians first” bid.

Highly skilled expats are indispensable for Gulf economies, and replacing them in the short term is not possible. The reason is that local citizens have worked in the public sector on high salaries with flexible working conditions and had undemanding mediocre jobs, and mainly they lack the required education and expertise.

According to a study on migrant workers by the Gulf Research Centre Cambridge,  “Nationalization drives could help maintain the demographic balance in these countries, but they do not contribute much to the improvement of the economies. In theory, they intended to replace foreigners in these GCC countries with either equally or more qualified nationals, but in reality, these programs have had to acknowledge the low levels of qualifications of the national population, and the focus has been on numbers rather than quality.”

Therefore, the demand for high-skilled expats will continue to increase, as it will take years of investment in education, professional skills and training for local citizens to replace them. Meanwhile, unskilled workers will not be required due to popular nationalization drives.