Ethiopia said the Security Council is not an appropriate place to discuss the dispute, while Egypt said filling the dam threatens its "survival." 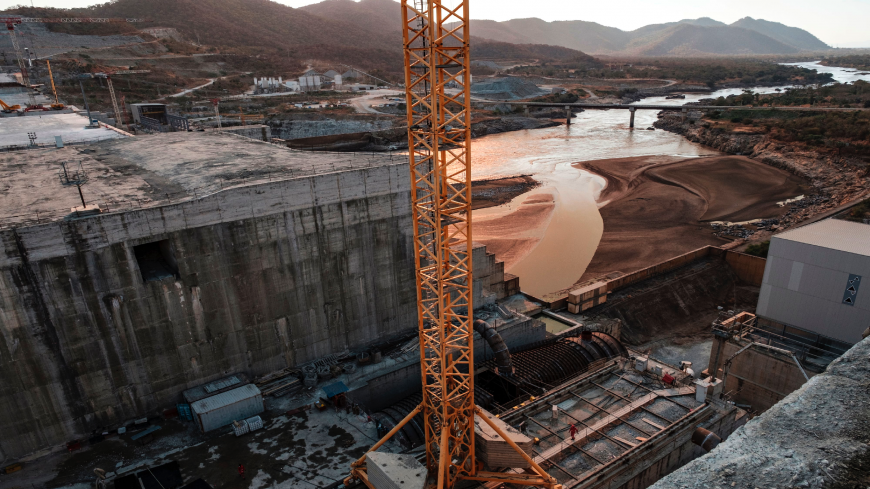 This file photo taken on Dec. 26, 2019, shows a general view of the Blue Nile River as it passes through the Grand Ethiopian Renaissance Dam (GERD), near Guba in Ethiopia. - EDUARDO SOTERAS/AFP via Getty Images

The countries maintained their firm positions in the hearing requested by Egypt, with Ethiopia saying the council should not be involved in the matter at all.

“This council should not be a forum for exerting diplomatic pressure,” Taye Atske Selassie, Ethiopia’s Ambassador to the United Nations, said during his remarks.

Ethiopia wants to fill the dam it built on the Blue Nile River — a tributary of the Nile. Addis Ababa believes doing so will alleviate poverty in the country. The upstream nations of Egypt and Sudan, however, believe filling the dam will endanger water levels in the river. The body of water is a major part of the East African economy.

The meeting was announced last week as Ethiopia’s planned July filling nears and negotiations have failed to reach an agreement.

At today’s Security Council session, Egypt reiterated its position that there must be an agreement before the dam is filled. Minister of Foreign Affairs Sameh Shoukry painted a bleak picture for Egypt if the dam is to be filled unilaterally.

“A threat of potentially existential proportions has emerged that could encroach on the single source of livelihood of over 100 million Egyptians,” said Shoukry in his remarks.

Shoukry spoke of “survival” several times, saying the dam “could endanger the security and survival of an entire nation.”

Egypt has worked to get Sudan on its side in the dispute this year, and that continued today. Shoukry mentioned the potential threats to Sudan a few times during his address.

Sudan’s Ambassador to the UN Omer Siddig took a stance similar to Egypt during the meeting, saying his country will be most affected by the dam.

“It is the immediate downstream country to the GERD,” said Siddig.

However, Ethiopia rejected the meeting’s premise entirely. Selassie cited Article 33 of the UN Charter, which says disputes should first be handled at the regional level. The three countries have had talks this month with South African and African Union participation.

The dialogue was not entirely tense. Shoukry said he would refrain from disputing Selassie at the end, and Selassie extended greetings to both Shoukry and Siddig.

It is rare for the UN Security Council to deliberate on water issues, but tensions remain high between the involved countries.

It is unclear what will happen next. Other countries present on the Security Council at the hearing, including South Africa, Indonesia, the United States and France, called for continued dialogue.

The United States and the World Bank had mediated what it hoped would be a roadmap among the three countries in February on how to proceed with some of the technical issues that have concerned Egypt in particular, but Ethiopia never signed onto the final document.

“We strongly believe that with constructive dialogue and cooperation, a solution is within reach,” US Ambassador to the UN Kelly Craft said.