Egypt, Ethiopia compete for US support in Nile dam file

Ethiopia’s former water minister presents his credentials as a new ambassador to the United States, in a move that aims to counter Egyptian efforts to win US support to its side in the GERD dispute. 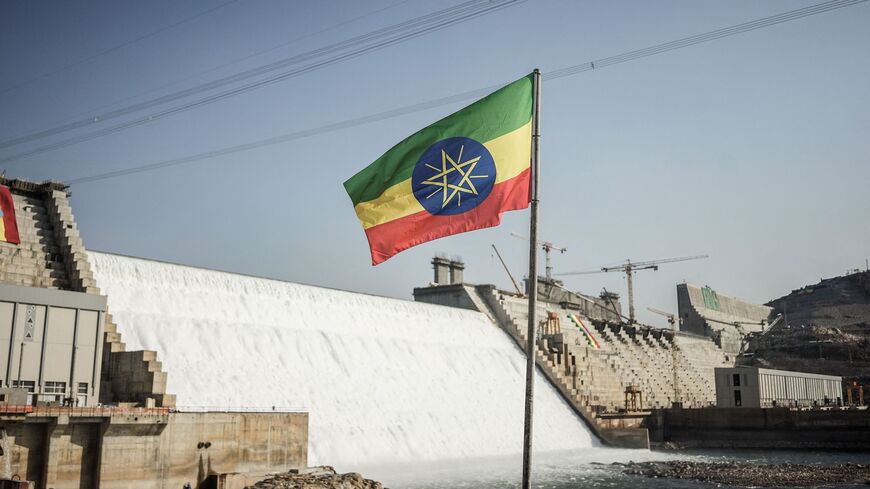 Ethiopia has appointed former Minister of Water, Irrigation and Energy Seleshi Bekele as a new ambassador to the United States, in a move aimed to counter Egyptian efforts to draw US support in its favor in the yearslong dispute with Addis Ababa over the Grand Ethiopian Renaissance Dam (GERD).

Bekele, a former chief negotiator in the GERD talks with Egypt and Sudan, presented May 6 a copy of his credentials to the US Department of State as his country’s new ambassador. “I will now serve as appointed Ambassador of the Federal Democratic Republic of Ethiopia and Chief of Mission,” Bekele tweeted.

He said improving Ethiopian-US relations will be his main task during his capacity as the Horn of Africa country’s chief diplomat in Washington. “I, together with the diplomatic staff of the mission, look forward to execute the honored duties and responsibilities of strengthening diplomatic relation of the two great nations,” the ambassador-designate added.

Analysts see Bekele’s appointment as an effort by Addis Ababa to promote its viewpoint regarding the GERD dispute with Egypt and Sudan as well as the conflict in Ethiopia’s Tigray region.

Cameron Hudson, senior fellow at the Atlantic Council’s Africa Center, said Bekele’s appointment as a new ambassador is an attempt by Addis Ababa to reset the tone of its relation with the United States.

“That applies as much to relations related to the war in Tigray, the border dispute with Sudan and the application of US sanctions as much as it does to the GERD,” Hudson told Al-Monitor.

Egypt, which depends almost completely on the Nile River for its water supply, views the GERD as an existential threat to its water share. Ethiopia says the dam, Africa’s largest hydroelectric project that is being built near the border with Sudan on the Blue Nile, a main tributary of the Nile River, will not harm Egypt and Sudan, two downstream countries.

Bekele’s appointment as Ethiopia’s new ambassador to the United States came just a few weeks after Egyptian Foreign Minister Sameh Shoukry visited Washington for talks with US officials on a host of issues, including the GERD. This visit came as the two countries marked 100 years of bilateral diplomatic relations.

Diplomatic sources told Al-Araby Al-Jadeed newspaper that Shoukry asked the US administration to pressure Addis Ababa to engage in a new round of negotiations with Cairo and Khartoum to reach an agreement on the filling and operation of the GERD.

The Nile dam talks between Egypt, Ethiopia and Sudan came to a halt last year after the three countries failed to reach an agreement on the GERD. The three nations traded blame for the obstruction of the talks.

In 2020, the former US administration of Donald Trump brokered negotiations between Egypt, Ethiopia and Sudan to reach a binding agreement on the GERD filling and operation.

The tripartite talks resulted in a US-mediated draft deal to resolve their dispute. Egypt initialed the agreement, but Ethiopia skipped the signing ceremony and accused Trump of siding with Cairo. Sudan attended the meeting but did not sign.

On May 11, Egyptian President Abdel Fattah al-Sisi renewed his call for reaching an agreement on the GERD during his talks in Cairo with US national security adviser Jake Sullivan.

A presidency statement said talks between Sisi and Sullivan took up a host of issues, including the GERD file. Sisi stressed Egypt’s firm position on the necessity of reaching a legally binding agreement on the GERD operation, in a way that preserves Egyptian water security and achieves the common interests of both Cairo, Khartoum and Addis Ababa.

The Egyptian leader’s call came as Ethiopia prepares to carry out a third-stage filling of the GERD next month despite opposition from both Egypt and Sudan.

In his capacity as a water minister, Bekele resisted Egyptian pressure to reach a binding agreement on the GERD filling and operation and accused Cairo and Khartoum of disrupting the negotiations to reach a deal.

“Bekele had pursued a hawkish position during the GERD negotiations with Egypt and Sudan,” Abbas Sharaky, professor of geology and water resources at Cairo University, told Al-Monitor over the phone.

He said Bekele is a university professor who has a deep academic background on water resources and has authored several types of research on the Nile River.

“His appointment as an ambassador to Washington is an attempt by Ethiopia to promote its water projects in the United States, particularly the GERD,” Sharaky opined.

Hudson, however, believes that any improvement in the Ethiopian-US relations will at least for now be secondary to the Tigray conflict and an end of the government’s humanitarian blockade on the region.

The Tigray conflict erupted in November 2020 after Prime Minister Abiy Ahmed sent his troops into the region, alleging an attack on an army base by Tigrayan forces. Tens of thousands of people are feared to have died in the conflict.

Last month, US Secretary of State Antony Blinken called for a negotiated cease-fire in Tigray and for the restoration of essential services to the region.

“If Addis is not able to positively address the situation on the ground in Tigray, it is hard to imagine any progress being made in any other part of the bilateral relationship, including the GERD,” Hudson said.