In a first, Morocco officially announced its support to Egypt in the Grand Ethiopian Renaissance Dam (GERD) crisis, but many believe this position will not help shift the negotiations over the GERD or change Ethiopia’s unilateral practices. 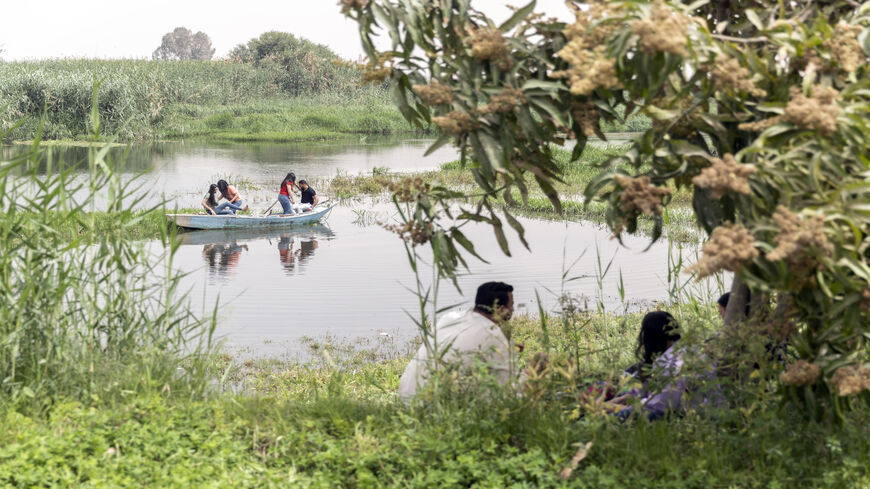 It also called on the disputing parties to the Grand Ethiopian Renaissance Dam (GERD) for abandoning unilateral practices and abiding by international treaties on international rivers, in particular the international law and the 2015 Declaration of Principles explicitly banning unilateral measures with regard to filling and operating the dam.

Morocco further urged the disputing parties to cooperate in order to reach a binding legal agreement on the filling rules of the controversial dam that Ethiopia is building on the Blue Nile, the main tributary of the Nile River.

This show of support was expressed in a joint statement made at the end of talks in Rabat May 10 between Egyptian Foreign Minister Sameh Shoukry and his Moroccan counterpart, Nasser Bourita.

Hussein Haridi, former assistant to the Egyptian foreign minister, told Al-Monitor, “Egypt appreciates and thanks the state of Morocco for officially expressing support for Egypt’s water rights. This position will stir international echoes and reactions, given Morocco’s standing in the African continent. This will also help create a favorable environment for reaching an agreement that satisfies the interests of the three parties to the GERD crisis. Now, most Arab countries have announced their support for the Egyptian position on the GERD crisis, which will undoubtedly strengthen Cairo's position in all international forums.”

The Egyptian and Moroccan foreign ministers agreed during their meeting to strengthen bilateral economic cooperation and to hold the fourth session of the so-called political Coordination and Consultation Mechanism, an institutional mechanism where the two countries discuss issues of common interest and ways to boost coordination, in Cairo later this year.

Shoukry stressed Egypt's support for the territorial integrity of the Kingdom of Morocco and its commitment to an international solution to the Western Sahara issue.

The Moroccan support for Egypt’s water rights in the Nile River comes a few days after the Ethiopian Information Network Security Agency announced May 3 having foiled a cyberattack aimed at obstructing the works of the GERD by targeting 37,000 interlinked computers used by financial institutions that are connected to the dam’s work.

On May 11, Egyptian President Abdel Fattah al-Sisi renewed his call for reaching an agreement on the GERD crisis during his talks in Cairo with US national security adviser Jake Sullivan. According to a presidency statement, Sisi stressed Egypt’s firm position on the need to reach a legally binding agreement on the GERD operation, in a way that preserves Egyptian water security and achieves the common interests of Cairo, Khartoum and Addis Ababa.

Salah Halima, deputy chairman of the Egyptian Council on African Affairs, told Al-Monitor that Morocco has an influential role and weight within the African Union (AU) and the Arab League. “This [support] by Morocco is based on legal, political and technical considerations that fully align with the Egyptian and Sudanese position on the GERD.”

He said, “It is likely that Morocco’s position will have a positive and constructive role in resuming the negotiation process between the three parties to the crisis and reaching an agreement that meets the aspirations of the three countries. The Moroccan position is also consistent with that of many members of the international community, whether countries or international organizations such as the European Union. Morocco’s announcement falls within the framework of international pressure on Ethiopia to resume the GERD negotiations and reach an agreement that satisfies all parties to the crisis.”

On the impact of Egypt’s support for the Moroccan position on the Western Sahara crisis on the future of Egyptian-Algerian relations, Halima commented, “Egypt’s announcement of its support for Rabat’s position on the Western Sahara dispute with Algeria does not mean at all that Cairo is biased toward Morocco against Algeria in this crisis. There are ongoing contacts between Egypt, Morocco and Algeria, and there may be some kind of consensus between them on exchanging visions in parallel with international efforts to reach a solution that meets the aspiration of both Algeria and Morocco.”

Hassan Nafaa, professor of political science at Cairo University, argued that Morocco’s show of support is useful on the diplomatic front, but its impact may be limited on the ground and will not change the intransigent Ethiopian position regarding the GERD.

He told Al-Monitor, “This support is not new. There is a decision by the Council of the Arab League to support the Egyptian and Sudanese position on the GERD. Morocco does not have pressure cards to use against Ethiopia to force it to change its position.”

Nader Nour el-Din, professor of water resources at Cairo University, told Al-Monitor that all Arab countries, as well as the Arab League, support the Egyptian rights in the Nile waters. He clarified that these rights are the water quotas that Egypt has had access to over thousands of years through the free flow of the river branches.

“These rights will be undermined by the unjustified construction by Ethiopia of the huge dam that holds 75 billion cubic meters of water that is supposed to flow to Egypt and Sudan,” he warned. “Ethiopia could have built a smaller dam with less than half the capacity and the size of the GERD to generate the same amount of electricity.”

He noted, “Ethiopia wants to achieve political goals by building the GERD. It is seeking to control water resources in Egypt and Sudan and thus control their economies. Ethiopia refuses to guarantee any water share to Egypt and Sudan. It is also refusing to guarantee that the water flows of the Blue Nile after the construction of the GERD will remain the same as before the construction or even slightly less. Ethiopia believes the Blue Nile is an Ethiopian river and not an international cross-border river shared with Egypt and Sudan.”

Nour el-Din concluded, “Ethiopia has now begun to raise the height of the middle corridor of the GERD that obstructs the water course of the Blue Nile. But work is progressing slowly compared to the past years. In one month, so far only 4 meters [13 feet] have been raised, allowing storage of only 2 billion cubic meters, while the rainfall season runs from mid-June to August. In order to store 10 billion cubic meters during the third filling this year, Addis Ababa has to raise the middle corridor to 20 meters or 30 meters [66 feet or 98 feet] if it wants to store 15 billion cubic meters. But, at the current slow pace of work, Ethiopia will not reach any of the targeted heights.”