Egypt’s Eva Pharma reached a deal with Gilead Sciences to locally manufacture the antiviral treatment Remdesivir for the treatment of coronavirus patients and distribute it in 127 countries. 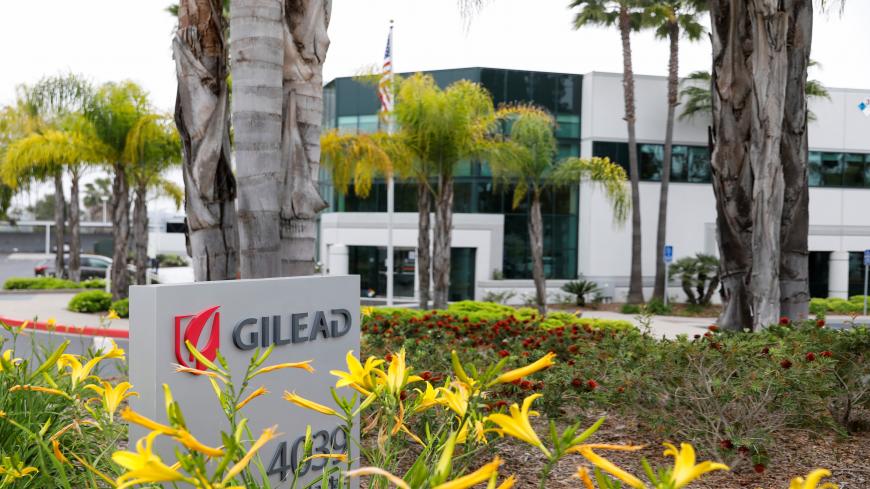 CAIRO — Egypt’s Ministry of Health announced June 19 that the local production of Remdesivir, the antiviral treatment for the coronavirus, will start at the end of this month.

The announcement came after Egyptian drugmaker Eva Pharma announced June 14 that it had reached a deal with the American biopharmaceutical company Gilead Sciences, Inc., to become the licensed manufacturer of the US company’s Remdesivir. Eva Pharma will distribute the product in 127 countries, including Egypt.

Remdesivir, however, has yet to be officially approved by the Egyptian Ministry of Health as a treatment for the Middle East respiratory syndrome coronavirus (MERS-CoV). Humans are infected with MERS-CoV through direct or indirect contact with dromedaries.

The Eva Pharma-Gilead Sciences deal generated mixed reactions in Egypt. “The local production of drugs for the treatment of MERS-CoV would significantly contribute to solving the crisis of lack of drugs to fight against the pandemic,” a source from the Ministry of Health told Al-Monitor.

“Medication agreements and shipments from abroad take a long time and greater financial costs if we compare them to local manufacture of the necessary drugs,” the source who requested to be unnamed explained, referring to the recent deal with the US company.

Another anonymous source from the Egyptian Medical Syndicate said that he was surprised the agreement was concluded without completing the clinical trials to check whether or not Remdesivir is effective against the coronavirus and MERS-CoV in Egypt.

“What if trials proved that the drug is not effective? What would Eva Pharma do in that case?” the source said.

Gehan al-Assal, vice chairman of the Scientific Committee to Combat Coronavirus at the Egyptian Ministry of Health, had announced in a June 12 press statement the start of trials for Remdesivir for coronavirus patients in Egypt, i.e., two days before the signing of the agreement.

The Egyptian Medical Syndicate source believes it is too early to judge the success of a drug and for a local drugmaker to contract with another US company to have it manufactured locally and market it at home and abroad. The source raised concerns about the premature agreement between Gilead Sciences and several other pharmaceutical companies in Egypt, India or elsewhere is some sort of advertising for Remdesivir.

He further warned that the Egyptian authorities might be tricked by this propaganda, adding that “the pandemic is an opportunity for pharma companies to market their products. These companies must be dealt with cautiously.”

Ahmed al-Khateeb, a professor of medicine at Ain Shams University, told Al-Monitor that observers around the world, and not only in Egypt, have had concerns about drugmakers taking advantage of the virus that causes COVID-19 to market their products.

He added that the total number of Ebola cases from Aug. 1, 2018, through May 28, 2020, numbered 3,463, according to the World Health Organization (WHO). This accounts for about 0.04% of the total number of coronavirus cases, which amounted to more than 8.1 million infections in only seven months. Khateeb argued that the large number of cases are a golden opportunity for pharma companies to maximize their sales of these drugs, making huge profits.

Remdesivir is not the first drug to be put on the market before the end of the clinical trials.

On April 15, Hamad Mahmoud Hashem, head of the National Research Center of the Ministry of the Higher Education, announced that the center’s studies showed that Avigan, developed by a Japanese company, was effective in the treatment of coronavirus patients. Shortly afterward, the official impressions on the drug had changed as Hossam Hosny, head of the Scientific Committee to Combat Coronavirus at the Egyptian Health Ministry, announced that the trials yielded unsatisfactory results for Avigan.

The Egyptian Health Ministry insisted on completing the clinical trials for Avigan, although the Japanese Ministry of Health had announced May 26 the deferral of approval for the drug as a treatment for COVID-19. Preliminary experiments had shown it was ineffective in treating coronavirus patients and had side effects, such as birth defects if administered to infected pregnant women.

Khateeb said, “Although drugmakers are trying to take advantage of the pandemic, we should have some faith in the Egyptian procedures in approving drugs for the treatment of the novel coronavirus. Especially because these studies have been carried out with transparency with regard to Avigan and proved very accurate regarding the anti-malaria drug Hydroxychloroquine that was also used on coronavirus patients and raised much controversy to this effect.”

Egypt’s Health Ministry had also insisted on using Hydroxychloroquine as part of the treatment protocol for COVID-19, although the WHO suspended clinical trials of the drug on May 25, and made official recommendations against its use following a study that concluded it increased the risk of developing irregular heart rhythms leading to the death of patients.

On June 5, the study was retracted as its authors voiced concerns over its findings, prompting the WHO to resume clinical trials on the anti-malaria drug on coronavirus patients on June 6.

Mahmoud Abou-Zeid, a professor of pharmacology at Assiut University, told Al-Monitor that Egypt’s studies on Hydroxychloroquine and Avigan are proof that clinical trials in Egypt are done independently and transparently, dismissing any positive or negative propaganda or any pressure from pharma companies, governments or the WHO.

“Egypt did not disregard the treatment by Hydroxychloroquine despite the WHO’s warnings, which have proved inaccurate. It also did not rush to take a decision on Avigan despite optimism shown by Russia and Japan early on,” he said.

Abou-Zeid concluded that Egypt is likely to follow the same procedures with regard to Remdesivir and any other drug.