Egypt to develop citadel as new hub of Historic Cairo

As Egypt gears up to welcome tourists next month, the country’s Supreme Council of Antiquities and Sovereign Wealth Fund signed a contract to develop Cairo’s historical area of Bab al-Azab, where the imposing Salah al-Din al-Ayyubi Citadel is located. 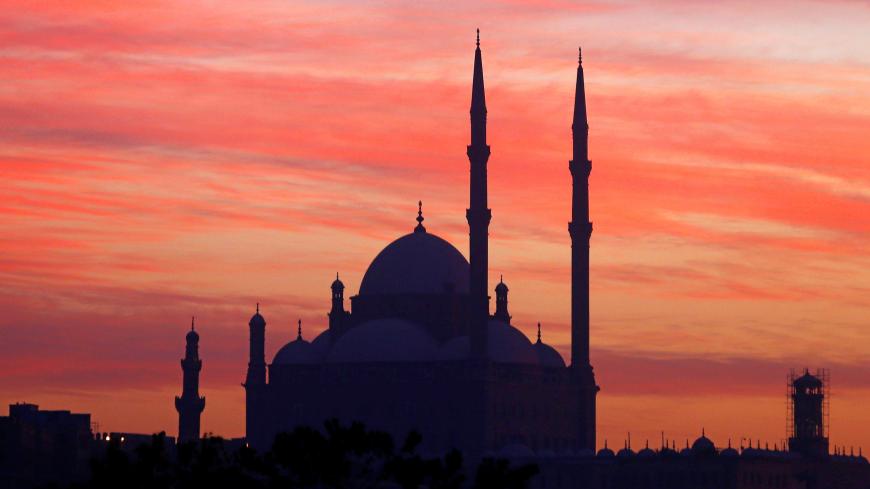 A general view of the Salah al-Din al-Ayyubi Citadel is seen in the center of downtown Cairo, Egypt, Jan. 21, 2018. - REUTERS/Mohamed Abd El Ghany

Egypt's Supreme Council of Antiquities signed an agreement on June 2 to transfer Cairo’s historical area of Bab al-Azab, which includes the imposing Salah al-Din al-Ayyubi Citadel, to the control of the Egyptian Sovereign Wealth Fund to develop and manage the site in order to increase its tourism appeal.

Overlooking Egypt’s capital and dominating its eastern skyline, the Cairo Citadel, was erected in the 13th century and for nearly 700 years was the home of the country’s rulers. The fortress, declared a UNESCO World Heritage Site as part of Islamic Cairo in 1979, features towers and gateways and its walls encircle a number of museums and three mosques, including the famous Mohamed Ali Mosque, commissioned in the 19th century. It is one of the main non-pharaonic tourist attractions of Cairo.

“There were many development projects, but they were for developing the archaeological sites, restoring monuments, antiquities and buildings, and the area is still in need of an integrated development that can enhance visitors’ experience,” Badr said.

According to the plan, an unutilized area of the Citadel will open to the public, and its tourist and cultural offerings will be expanded with a museum dedicated to the history of the site and equipped with interactive technologies, a historical library, a design school and a theatre. It will also include a market for spices, traditional crafts and food.

“It will be like a hub for Historic Cairo, with stories and activities related to the area,” Eman Zidan, assistant tourism minister for investment and developing financial resources, told Al-Monitor.

It will be the first investment project of the Sovereign Wealth Fund of Egypt in the country’s tourism and services sectors, which are not among the fund’s main priorities. According to the contract, which was signed after more than six months of negotiations, the fund will develop the site and manage its operations and services for a period of 49 years, Zeidan explained. The Supreme Council of Antiquities will remain in charge of safeguarding the archaeological site.

Established in 2018, the Sovereign Wealth Fund of Egypt aims to attract private investment and promote public-private partnerships in the country, with a special focus on untapped state-owned assets. To this end, the fund selects public assets in concert with different state bodies to develop them, engaging local and foreign investors and financial partners.

So far, however, no private investment in Bab Al-Azab has been announced. Last December, the fund’s CEO, Ayman Soliman, announced that Egyptian tycoon Samih Sawiris was in negotiations on a partnership to develop the site. But Al-Mal reported on June 7, citing government sources, that the negotiations did not pan out and that the door is now open for other investors to step in. Al-Monitor's efforts to reach Soliman were not successful.

This type of investment and public-private partnership follows the economic model that the Ministry of Antiquities and Tourism is also seeking to promote. “This is a model that is replicated in other historical places and archaeological sites, because this is the way it should be to give visitors the best experience when they visit a place,” Zeidan argued. “We are in partnership with investors that are capable of providing services in a sustainable way, generating more income for the Supreme Council of Antiquities and promoting Egypt’s most significant archaeological sites,” she said.

Zeidan added that another contract of this kind will be soon announced for the operation of the Baron Palace, a Hindu temple in Cairo’s eastern district of Heliopolis. The site, which has been closed and neglected for years, was set to finish restoration works and open to the public early this year, before the outbreak of the COVID-19 pandemic.

The announcement of the agreement between the Supreme Council of Antiquities and the Sovereign Wealth Fund comes as Egypt begins to gradually reopen its tourism industry and revive a sector severely affected by the COVID-19 crisis. In the fiscal year that ended in July 2019, tourism revenues in Egypt recorded a record high of $12.57 billion, but the pandemic has provoked an unprecedented contraction.

In April, Egypt’s Minister of Planning Hala el-Saeed anticipated tourism revenues to drop by $5 billion in the current fiscal year from the $16 billion expected before the pandemic. A month earlier, Minister of Antiquities and Tourism Khaled al-Anany projected that the sector would lose $1 billion a month with the suspension of flights.