Egypt has come up with some new uses for some very old venues. 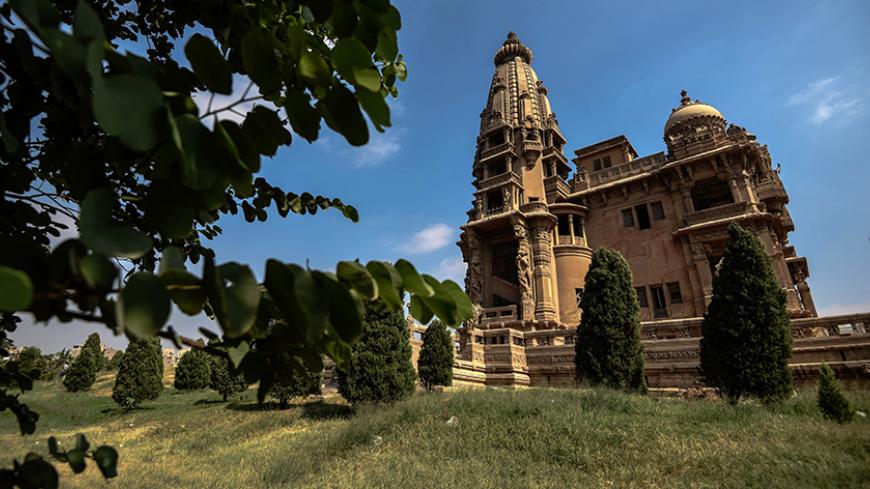 The Baron Empain Palace, one of the sites that may be rented out to help fund the Egyptian Ministry of Antiquities, Cairo, Oct. 16, 2015. - MOHAMED EL-SHAHED/AFP/Getty Images

CAIRO — Cash-strapped Egypt has devised a new money-making scheme that could have pharaohs rolling over in their sarcophagi.

In an attempt to resurrect its tourism industry and unearth a new source of revenue, Egypt’s Supreme Council of Antiquities will allow social functions — weddings, birthday parties and the like — to be held at archaeological sites beginning Nov. 1.

The government is trying to overcome the severe revenue shortage at ostensibly “self-financing” sites operated by the Ministry of Antiquities. Since the 2011 revolution, foreign tourism in Egypt has plummeted. The resulting drop-off in revenue now threatens to derail museum construction projects.

This has led to more than 20 museum construction projects being canceled or postponed, driving some in the ministry to come up with new money-generating concepts. Not surprisingly, the party-planning idea has some people up in arms, worrying that the functions will harm the historical sites.

Mahmoud Afifi, the head of Egyptian archaeology at the ministry, told Al-Monitor there was no "silver bullet" solution to eliminating the funding problem — but something had to happen.

"Therefore, we issued a new guideline. It regulates the celebrations that can be held and photographs that can be taken in archaeological areas such as the Manial Palace of Muhammad Ali, the Baron Empain Palace, the Farouk Palace and the Manasterly Palace, for a fee of 50,000 to 60,000 pounds [roughly $5,600 to $6,800] for every 300 guests. Fees of 10,000 pounds would be charged for holding weddings in the Ahmad ibn Tulun Mosque, the Hakim Bi-Amr Allah Mosque, the Muhammad Ali Mosque in the Citadel and the al-Rifa’i Mosque.”

Afifi outlined other fees the ministry intends to charge for various activities:

There will be many restrictions designed to preserve the sites, their appearance and the environment of the archaeological region. The ministry will be notified of event itineraries at least three days in advance. Guests must adhere to guidelines on behavior, security, safety and operating hours as established by the Antiquities Ministry in coordination with the Ministry of the Interior.

Afifi said that paying the fees only entitles applicants to rent the space and equip it as necessary with such items as furniture, decoration, prepared meals and portable bathrooms.

Abd al-Rahim Rihan, the general manager of archaeological research and study for the Antiquities Ministry, told Al-Monitor celebrations in archaeological areas have to be traditional, without the use of speakers or light effects. "Such equipment has a negative impact on the site and the quality of the exhibitions held there. These celebrations should be consistent with the dignity and sanctity of the site,” he said.

With the proper restrictions, Rihan said, the celebrations could become effective tourist advertising for the sites, making Egyptian archaeological areas centers for hosting luxury weddings involving international celebrities who would be prepared to spend millions of dollars.

Rihan added, “[Similar] experiments with the Bayt al-Sinnari and the Amir Taz Palace, both in Cairo, have been successful, demonstrating that the sites can accommodate theatrical and cinematic performances and cultural activities, as well as traditional and popular celebrations, as long as certain conditions are fulfilled." Such conditions would ensure there would be no "low-brow artistic [and musical] displays."

Officials hope to involve the private sector, securing the participation of businessmen and investors to develop the sites, and discussing suggestions with civil societies and residents of the surrounding areas so they will view the sites as "sources of livelihood to them so that they might better preserve them.”

One outspoken critic of the plan is Nashwi al-Dib, a member of the Antiquities Committee in the Egyptian House of Representatives.

"Organizing such celebrations amounts to an insult toward Egypt's archaeological heritage," he told Al-Monitor. "When the Ministry of Antiquities laid out the guidelines for fees ranging from 50,000 to 60,000 pounds for holding parties, it did not take into account that it cannot dictate terms to those holding the purse strings, insisting that they must also be cultured and civilized in their dealings with these antiquities — no more than they can control the behavior of 300 people [at a minimum] who are invited to such parties.”

Dib criticized the Ministry of Antiquities for failing to make necessary preparations for holding celebrations at these sites, such as lavatories, instead leaving such arrangements to event organizers. “It doesn’t make sense to think that every event planner will organize their own lavatories. … What if they don’t bother to do so?” he asked.

The ministry's plan is just a palliative, not a cure, Dib said. The solution lies in reviving foreign tourism through an aggressive marketing campaign and offering tourist, cultural and beach packages. "That’s where the noticeable shortage [in tourists] is. We also need to convey the real image to the outside world that Egypt is safe and secure.”