Russia to negotiate with Syria on more military bases: Interfax

Russia, which currently has two permanent military facilities in Syria, will reportedly hold talks with Damascus over obtaining more. 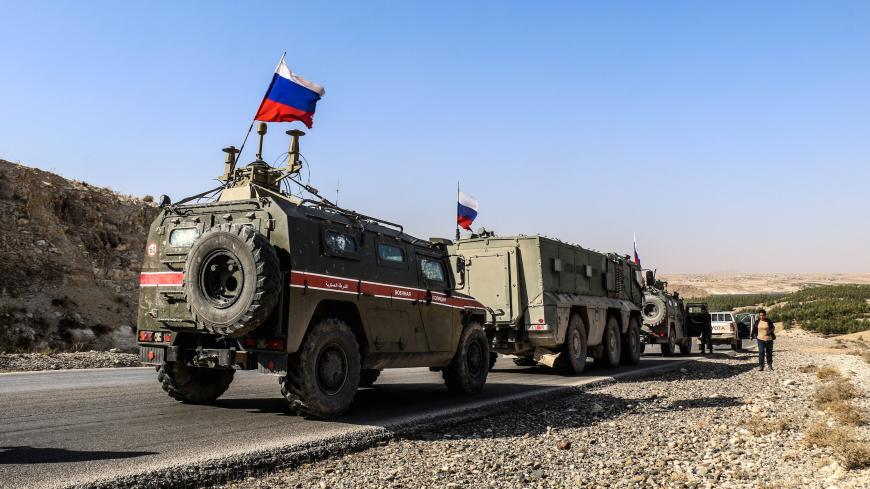 Russian soldiers are seen on an armored vehicle as they enter the base at the Tishrin Dam on the Euphrates River, 90 kilometers (56 miles) east of Aleppo, Nov. 18, 2019. - Bekir Kasim/Anadolu Agency via Getty Images

“Putin has signed a directive tasking the Defense Ministry, in cooperation with the Foreign Ministry, with holding negotiations with Syria on transferring more real estate and water territory to the Russian military's possession,” the Russian Interfax news agency reported today.

As Syrian President Bashar al-Assad’s most important ally, Russia currently has two permanent military facilities in the war-torn country — the Hmeimim air base in the coastal Latakia province and a naval facility at the port of Tartus on the Mediterranean Sea.

Since Russia intervened militarily with air support in 2015, Assad has managed to retake much of the country from the opposition that seeks to oust him. Most recently, Russian warplanes played a key role in the regime’s assault on Idlib province, the last stretch of territory still held by the rebels after nine years of war.

The deadly campaign to retake the northwest enclave left more than one million displaced and hundreds of civilians dead since December. Russia and Turkey, which each back opposing sides in the conflict, announced a cease-fire in early March that largely put a halt to the Kremlin-backed offensive.

The proposed talks over additional military facilities come days after Putin appointed Moscow’s ambassador in Damascus, Alexander Efimov, as his special envoy for developing relations with Syria in what’s seen as an attempt to balance military and diplomatic involvement in Russia's Syria policy.