The Government of National Accord has struck the rebel commander’s stronghold for his western operations, destroying two military vehicles. 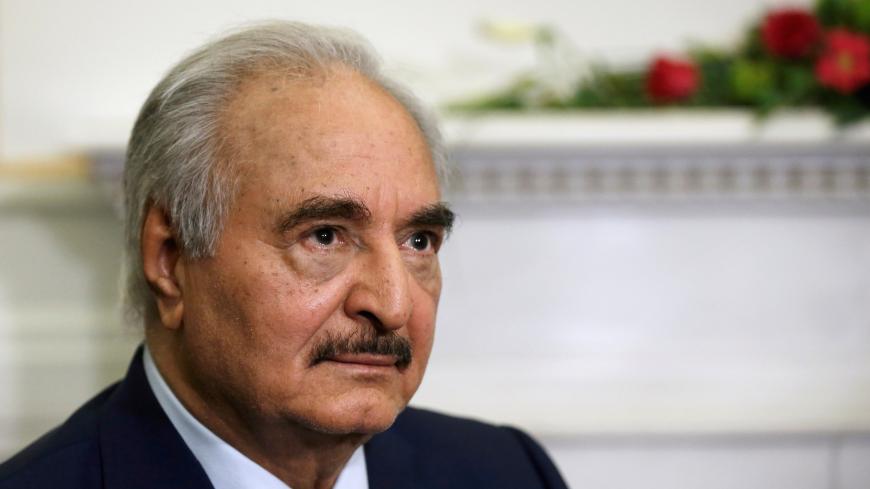 Libya's UN-supported government has carried out a series of airstrikes against retreating forces loyal to renegade commander Khalifa Hifter, a spokesman said Thursday.

The air attacks come as Hifter and his so-called Libyan National Army (LNA) have suffered a series of defeats, most recently losing two towns and a key air base to pro-GNA forces.

Libya has been embroiled in conflict since the ousting of dictator Moammar Gadhafi in 2011, with rival administrations now controlling opposite ends of the country. For the past year, the LNA has been staging an offensive on southern parts of the capital, Tripoli, where the internationally recognized GNA is based.

During the past nine years, some 400,000 Libyans have been displaced — about half of them this year amid the fighting in Tripoli. Of the 58 civilians killed since the beginning of April, the vast majority died as a result of attacks linked to Hifter’s forces, the United Nations said.

Earlier this month, Turkey and Italy said that areas near their embassies in Tripoli had been shelled. Ankara, which provides military support to Hifter’s rivals, followed up with a warning that further attacks on its interests would have “grave consequences.”

“We remind once again that if Turkish interests in Libya are targeted, this will have severe consequences and we will consider the putschist [Hifter] elements as legitimate targets,” Turkish Foreign Ministry spokesperson Hami Aksoy said in a statement.

Russia, along with the United Arab Emirates and Egypt, supports Hifter’s self-styled army but denies sending fighters to Libya. However, a recent report from the United Nations confirmed the presence of up to 1,200 mercenaries deployed to the country by the private Russian security firm Wagner Group.

“They noted the need to immediately resume the permanent truce and the intra-Libyan dialogue based on the resolutions of the Berlin International Conference on January 19, 2020, approved by UN Security Council Resolution 2510," read a statement from the Kremlin.

Last week, seven UN agencies called for the parties to agree to a lasting truce, warning the escalating violence could leave Libya highly vulnerable to a coronavirus outbreak. Libya has so far registered 69 cases of the virus and three deaths.

“Conflict and the COVID-19 pandemic present a significant threat to life in Libya,” they wrote in a statement. “The health and safety of the country’s entire population are at risk.”