The next two months will be politically fraught if the Israeli coalition agreement allows a vote on annexation, but how much can Jordan do? 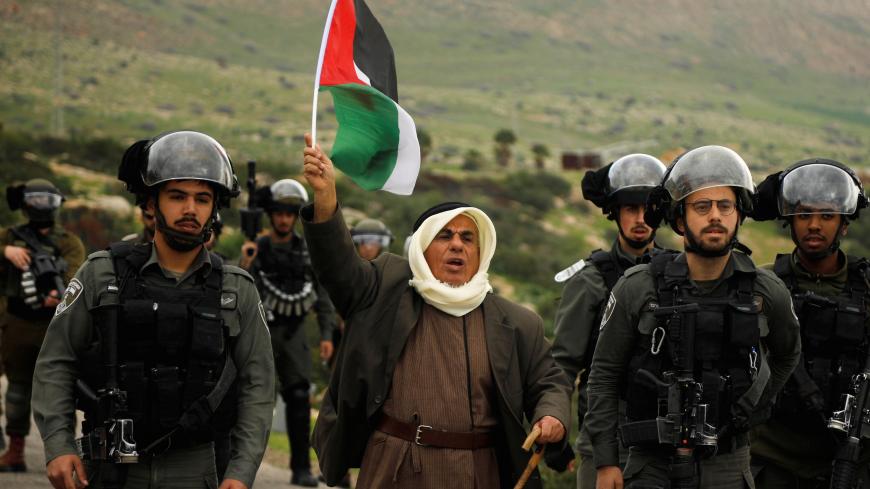 Shortly after Israel’s Prime Minister Benjamin Netanyahu broached the idea of annexing the Jordan Valley and the area north of the Dead Sea, Jordan’s Foreign Minister Ayman Safadi called for a briefing of local journalists and columnists. The weekend meeting on Sept. 14, 2019, which lasted nearly two hours, was hurriedly called to make sure everyone understood where Jordan stood on the controversial annexation plan. Safadi's most memorable statement was when he talked about Jordanian and Israeli borders. He told those invited to the briefing that whenever borders are drawn, they are set for a long time. Safadi went on to explain that Jordan was very forthcoming when it agreed to the borders with Israel north and south of the Jordan River and Dead Sea with the clear understanding that the Jordan River will be the border with the state of Palestine. Therefore, any change in this arrangement that will alter the borders will put the entire Israeli-Jordanian agreement in jeopardy, he concluded.

At the time, Jordanian officials including the king argued that the idea of annexation — or as Israel calls it, extending sovereignty — was mere electioneering. The agreement with Blue and White leader Benny Gantz, however, has shown otherwise and has once again put Jordan in the position of having to decide whether the strong opposition to the annexation will result in the abrogation or the suspension of its peace treaty with Israel.

The Israeli coalition agreement signed April 20 stipulated the need for approval by the Donald Trump administration and that the annexation not affect regional peace or result in the cancellation of Israel's peace treaties with its neighbors.

Adnan Abu Odeh, a veteran Jordanian analyst and former adviser to King Hussein and King Abdullah, told Al-Monitor that in order to send a clear message, the Jordanian, Egyptian and Palestinian leaders should meet soon. “There has to be a public meeting that includes the king, President [Abdel Fattah] al-Sisi and President [Mahmoud] Abbas. People, especially in Israel, need to see that the opposition to annexation is not lip service.”

Abu Odeh thinks that these leaders should also talk to the US president. “They need to contact Washington and speak directly to President Trump. This should also include President Abbas, who needs to put aside his boycott of the US administration.”

Oraib Rantawi, director of the Amman-based Al Quds Center for Political Studies, told Al-Monitor that the treaty with Israel is a very sensitive issue for Jordan, saying, “It is one of the hardest questions that they will have to answer.” Rantawi agrees that for Jordan, the issue of annexing the Jordan Valley is existential to the idea of a Palestinian state. “The problem is that this question is coming up at a very difficult time for Jordan economically because of the effects of the COVID-19 pandemic,” he added. Jordan was swift to lock down the country, a move that saved lives but has left the economy in tatters.

As Jordan emerges from this crisis, it will need financial help, so Jordanians will be very concerned about doing anything that would jeopardize existing grants and support. The United States signed a five-year agreement with Jordan in 2018 that guarantees at least $1.25 billion in aid annually. “Jordan would be stronger if it were assured of Arab and international support if it takes courageous steps in this regard, but there is no doubt that Jordan will take serious measures,” Rantawi concluded.

Ofer Zalzberg, a senior analyst with the International Crisis Group, believes that Jordan can make a strong argument. “The coalition agreement determines Israel will act with respect to President Trump's declaration ‘while protecting existing peace agreements.’ The palace should not assume Benny Gantz has full knowledge of the severe short- and medium-term consequences that annexation would have on Israeli-Jordanian relations and of such bilateral deterioration on regional dynamics. It should prioritize communicating discreetly and directly with Gantz — perhaps face-to-face in Amman — to ensure he has a full understanding of Jordan's interests, needs and views. Such direct engagement could strengthen Gantz' hand vis-à-vis annexationists within the emerging government,” Zalzberg told Al-Monitor.

Zalzberg believes that if a formal invitation is sent, Netanyahu might try his best to dissuade Gantz from coming to Jordan.

Since the 1994 peace treaty, Jordan has withdrawn its ambassador to Israel three times and relations have been strained in the past few years, said Hamadeh Faraneh, a columnist with the Jordanian daily Ad-dustour. “Since the agreement, Jordan has recalled its ambassador to Tel Aviv three times and relations are now at their lowest level, as described by His Majesty the King,” Faraneh wrote for Ad-Dustour May 2. On Oct. 30, 2019, Jordan recalled its ambassador to protest Israel’s administrative detention of two Jordanians without charge or trial. They were later released and allowed to return to Jordan.

Jordanian opposition parties are already calling for the cancellation of the peace treaty with Israel. On May 1, the pro-Islamic al-Islah bloc in the Jordanian parliament called on the government to state clearly that the Israel-Jordan peace treaty and the gas deal will be canceled if Israel changes its borders with Jordan from the Green Line to the Jordan Valley.

The $10 billion gas deal is expected to provide 45 billion cubic meters of Israeli gas to Jordan over the next 15 years. The gas comes from the newly discovered gas in the Eastern Mediterranean. It has been a source of regular protests by Jordanians.

The United Nations has also added its voice, with the UN’s special rapporteur on the situation of human rights in the Palestinian territories, Michel Lynk, saying that annexation would lead to a “cascade of bad human rights consequences.”

Israeli farmers who were allowed to make their last visit to collect their crops in the Ghamra enclave that was rented to Israel for 25 years walked out of Jordanian territory on April 30 for the last time. Jordan has reclaimed all its territory as stipulated in the 1994 peace treaty.

While the pressure will be on Jordan’s king to regulate the response to the expected Israeli actions, there is no doubt that if annexation is carried out, the relations between the two countries will grow even tenser.