Two of five Iranian-Iraqi border crossings reopen for both goods and individuals, to the benefit of Iran's sanctions- and coronavirus-hit economy, and of Iraqis in the south and in the KRG-run north. 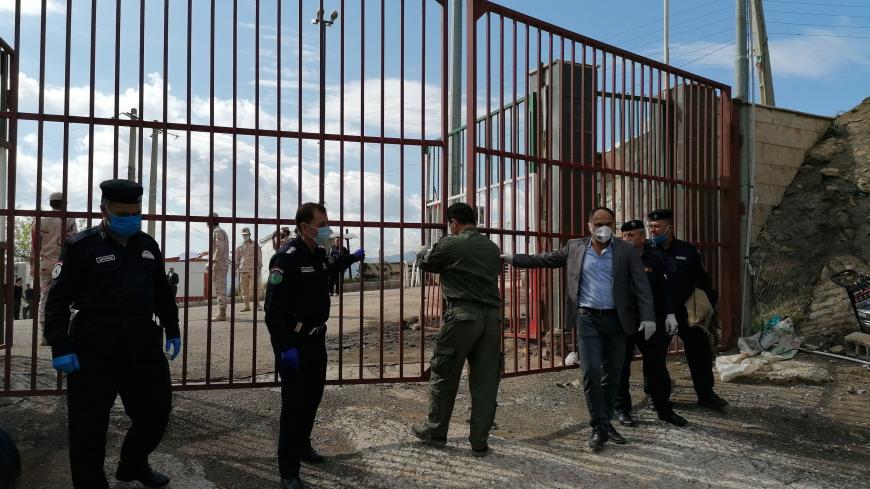 BAGHDAD — Iraqi Prime Minister Mustafa al-Kadhimi received a phone call from Iranian President Hassan Rouhani May 11 asking him to accelerate the procedures for reopening the border between the two countries for trade.

"We are looking forward to opening the borders between the two countries for commercial purposes," Rouhani said.

The Iranian official indicated that these two crossings are important to the Iranian economy, since about half of non-oil Iranian exports go through Iraq, and approximately 200 trucks pass through the Sheikh Saleh crossing daily to transport Iranian goods; 567,000 tons of non-oil goods worth about $25 million were exported last year.

The Iraqi Border Ports Authority decided March 8 to close and halt trade at five land crossings with Iran — Shalamcheh (Basra), al-Shayeb (Maysan), Zurbatiya (Wasit), al-Mundhiriyah and Mandali (Diyala) — in order to contain the outbreak of the novel coronavirus. The authority stressed April 25 that all crossings with neighboring countries are completely closed, with no decision at the time to reopen them.

Some analysts suggest that Iran is trying to impose its control on the crossings, as Iraq loses $6 billion annually through authorized trade with Iran, due to corruption involving armed parties and groups, oil smuggling activities and trade in corrupt goods.

Head of the Iraqi Border Ports Authority Omar al-Waeli told Al-Monitor, “There is no decision to open the crossings [permanently]. These are exceptional and temporary measures in terms of the trade of food and agricultural materials necessary to boost local markets, prevent prices from skyrocketing and avoid a food crisis.”

Speaking to Al-Monitor, Alaa ad-Din al-Qaisi, a spokesman for the Iraqi Border Ports Authority, denied that “some parties or unofficial groups control the crossings.”

In an attempt to regulate activity at the crossings, the Iraqi Cabinet issued decisions April 8 making the Border Ports Authority in charge of controlling, supervising, monitoring and maintaining security at crossings.

Fadel Abu Raghif, a security expert and researcher at Al-Nahrain Center for Strategic Studies, told Al-Monitor, “There are border crossings with Iran where traffic and commercial exchange are unofficially active.”

He noted, “Decisions to open crossings are in principle subject to an assessment of the health situation caused by the pandemic,” pointing out “the local and regional pressure to open eastern and southern Iranian border crossings.”

Abu Raghif added, “There is no urgent need to open the crossings because Iraq is a rentier state and is more negatively affected by any closing of the shipping ports, which are now continuing to operate according to the OPEC decisions.”

Ahmed al-Sharifi, a military analyst and former member of the United Iraqi Alliance, told Al-Monitor about the political aspects of these ports. “The ports are linked to the sovereignty of the state and the independent political decision guaranteeing the achievement of sovereignty and supreme interests; something that is yet to be present in Iraq,” he said.

He added, “The Iranian-US understandings over Iraq outline the political scene and influence decisions related to interrelations between countries neighboring Iraq.”

Another factor influencing the opening or closing of crossings, Sharifi noted, is the fact that “they are still controlled by entities and parties with regional rather than national affiliations.”

Iraqi member of parliament Abdel Hadi Saadoun told Al-Monitor, “The crisis cell decided to allow commercial traffic for two days only through the border crossings and this does not include the movement of travelers. This step serves the Iraqi economy.”

Speaking to Al-Monitor, Iraqi parliamentarian Hussein al-Asadi warned that “Iraq is still not in control of a number of its crossings in the Kurdistan Regional Government [KRG]. In addition, there are informal crossings between Iraq and neighboring countries through the KRG — such as Kelly, Tawila, Bishtah, Shushmi and Siranban — which are unofficial crossings with Iran.”

Asadi added, “This is due to political courtesies between Baghdad and Erbil. So on April 30, the KRG announced that it had opened its crossings with Iran despite the ban and the outbreak of the pandemic in Iran, without referring to the federal government.”

In light of the sanctions imposed on Iran, controlling the border crossings to sustain trade exchanges is of the utmost importance to reviving its economy, with the possibility that the drop in oil prices also pushes the Iraqi side to condone informal opening of the crossings to alleviate the financial hardship.

Meanwhile, both armed Iraqi forces and Kurdish parties find it beneficial to reopen crossings with Iran and resume trade exchange.