The speaker of the Knesset rejects the Israeli High Court's firm suggestion that a vote be held for his position within two days; now the court must decide whether to order such a vote. 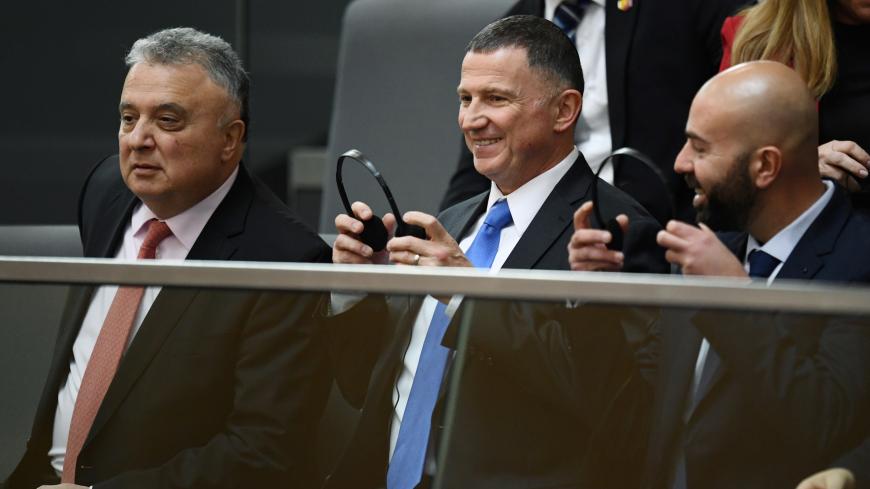 Israel’s Knesset witnessed unprecedented political and legal drama the evening of March 23 as Knesset speaker Yuli Edelstein refused to heed the directive set by the High Court to hold by March 25 a vote for his replacement.

Edelstein rebuffed the court, arguing that any intervention by the judicial authorities in the operation of the Knesset would be tainted as politically motivated. “I think that any intervention by the court with the judgment of the Knesset speaker on fixing the agenda of the plenum and setting up for vote for his replacement constitutes an unprecedented interference in the parliament’s agenda,” said Edelstein, declining to commit to a date for convening the Knesset plenum and holding the vote.

Faced with Edelstein’s refusal, the High Court must decide whether or not to take an extra step of ordering the speaker to proceed with the vote. To this point, the court has directed Edelstein to allow the Knesset to discuss electing a new speaker by March 25 in order to avoid a ruling on the issue. The Likud and the right-wing bloc argue that this constitutes a legal coup, and some Likud senior officials even called on Edelstein to reject any instructions by the court. Edelstein, a Likud member, has been speaker since 2013.

The Knesset is supposed to elect a speaker following each election; Israel held inconclusive elections March 2. Blue and White party leader Benny Gantz has been tasked with trying to form a government.

Israel’s High Court debated the issue of the vote for the job of the Knesset speaker following a petition submitted by Blue and White, which claimed that Edelstein has paralyzed the Knesset. This rare directive issued by the court was perceived by some as interference with the work of the legislative branch, thus generating a political storm in the country.

These developments deepen the political crisis Israel has been mired in since the elections, and most probably reduce the possibility of a unity government. Prime Minister Benjamin Netanyahu, who had called for such a government up until March 22, warned that if Blue and White replaces Edelstein, the option of a national unity government would become unfeasible. Blue and White rejected Netanyahu’s ultimatum, calling on Edelstein to respect the directions of the court.

In the meantime, Likud legislators boycotted meetings at the Knesset scheduled for establishing the different House committees. Blue and White and its partners did not take advantage of their absence, delaying for the moment these proceedings. Blue and White and associated parties do intend to exploit in the coming days their majority weight within the Knesset of 61 seats in order to man the committees and Knesset power centers with representatives of the opposition. The Knesset will most likely soon appoint a Blue and White member to the position of its new speaker.

But in the current setup, the chances for Gantz to establish a minority government are slim. Netanyahu is expected to continue heading the interim government, though his Cabinet is expected to encounter growing difficulties in terms of its functioning. On the other hand, faced with the coronavirus crisis, the chances of a fourth round of elections in Israel also seem low.