Israel's highest court steps in to force Knesset into action

After Knesset speaker Yuli Edelstein defied the Israeli Supreme Court's order to hold a vote for his replacement, the court appointed a temporary speaker to do the job. 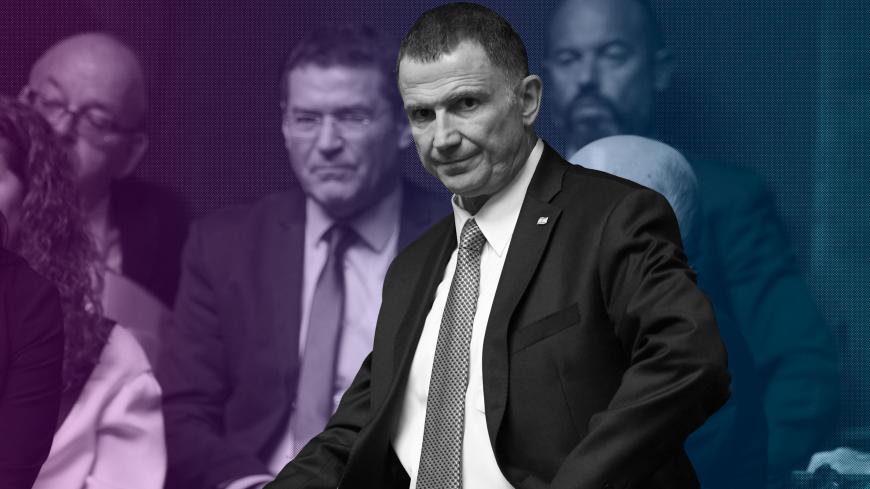 Even in the most extreme scenarios, no one in Israel could have imagined that the Knesset speaker would refuse to obey a High Court ruling. But this is what happened yesterday morning.

Knesset speaker Yuli Edelstein resigned, claiming that morally, he could not follow the directive of the court to convene the parliament and hold a vote to replace himself. Edelstein explained that he is staying put for a chance to establish an emergency national unity government to confront the coronavirus crisis.

The drama peaked shortly after midnight, when the High Court Justices, in a historic move, appointed a temporary Knesset speaker, tasking Knesset veteran Amir Peretz of Labor with holding the vote. This means that two House speakers will serve simultaneously at least for one day, as Edelstein’s resignation goes into effect on Friday, while Peretz received authority to convene the Knesset today.

President of the High Court Esther Hayut criticized Edelstein’s conduct, stating that his refusal to adhere to the court’s direction damaged the rule of law. "There has never been such an occurrence in this country where a leadership figure publicly and defiantly refused to uphold a court order, saying that his conscience does not allow him to carry it out. … This is a situation that we cannot acquiesce to; unprecedented harm to the rule of law demands an unprecedented remedy,” she wrote.

The latest developments are yet another peak in the constitutional crisis that has mired Israel for the last year. Blue and White leader Benny Gantz has been tasked with forming the next government, yet despite leading a Knesset majority he cannot fulfill his mission. At least two of his own faction refuse to be part of a government backed by the Joint List. The Blue and White leadership is now focusing its efforts now on taking over the Knesset and its committees.

But not everyone agrees with the court. Many lawmakers, especially on the right, argue that the justices exceeded their authority in taking control over the legislative branch. Former Justice Minister Ayelet Shaked tweeted, "The High Court bypassed the system, bypassed the law, bypassed Basic Law. That’s what the left has taught us; democracy dying out slowly."

This afternoon, once Peretz convenes the Knesset plenum, we’ll know whether Blue and White will appoint a permanent new speaker or give another chance for the establishment of a unity government headed by Prime Minister Benjamin Netanyahu and with an agreed-upon election of a new speaker. Blue and White had planned to propose one of its members to the job, but other possibilities are also being discussed, including the option of Gantz himself taking up the speaker position.