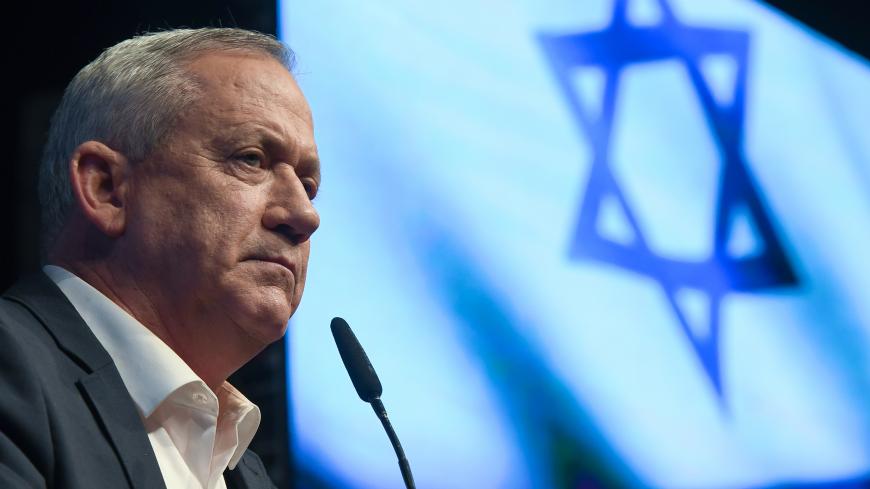 The war against the new coronavirus is a world war. Each and every country around the globe is investing its resources in saving human lives and adopting preventive measures against mass contagion. All countries are anxious about suffering countrywide health system and hospital failures. This is in addition to anticipated economic crises, which no one really knows how to assess at this point in time. But in Israel, in addition to all of this, a vicious, uncompromising political war is being waged. Even as the coronavirus spreads, no truce is in the offing despite the “situation.” This is a full-fledged political war in all its ugliness and disconnection.

As a reminder, shortly after its swearing-in on March 18, Knesset Speaker Yuli Edelstein dispersed the Israeli legislature, preventing the plenum from voting on replacing him and establishing House committees. Following petitions, the High Court of Justice intervened to enable the Knesset to convene. Subsequently, the center-left bloc, which holds the majority in the new Knesset, would choose on March 23 the composition of several Knesset committees.

But which line of action did the right-wing, ultra-Orthodox bloc — which follows Prime Minister Benjamin Netanyahu through thick and thin, even in the coronavirus era — choose to adopt? They decided to boycott the discussions. In other words: If they can’t call the shots in the Knesset because they lack a majority, they won’t be partners in the Israeli parliament, period.

And, as aforesaid, all of this is taking place when Israel is subject to an almost-hermetic closure: The number of coronavirus sufferers is increasing alarmingly, businesses are falling apart, and about half a million jobless people are sealed in their homes and anxious at seeing their livelihoods go down the drain.

Meanwhile, Netanyahu’s concerns are centered on strengthening his own bloc, lest others dare to replace him. In the face of attempts to replace the current Knesset speaker faithful to Netanyahu, even though his opponents have an absolute majority to do so, Netanyahu issued an ultimatum for a fourth election campaign. Simultaneously, chairman of the Likud faction Miki Zohar has signed up all the members of the right-wing, ultra-Orthodox bloc on yet another loyalty oath to the “Leader.” In this oath, they pledge that if Blue and White will promote elections of a new Knesset speaker or laws against the continued tenure of the prime minister charged with criminal activity, then all negotiations for a national unity government will stop.

The High Court instructed Edelstein on March 23 to assemble the Knesset by March 25 to carry out a vote for choosing a new Knesset speaker. Will Netanyahu carry out by then his threat and halt all contact with Blue and White regarding the establishment of an emergency government? One thing is clear: Blue and White leader Benny Gantz does not have much resistance power. Only 10 days ago, March 15, Gantz received the mandate from the country’s president to assemble a government, but the person calling the shots is none other than Netanyahu, who is taking advantage of the coronavirus crisis for his own political needs. According to Netanyahu, the very idea of removing a serving prime minister from office during a tremendous world crisis is unthinkable. Adding insult to injury, according to Netanyahu, is the very idea of establishing a minority government supported by Arab Knesset members from the Joint List, who were nicknamed by Netanyahu’s associate, Foreign Minister Israel Katz, “terrorists in suits.”

Gantz is in a real bind. If he joins a unity government in which Netanyahu will serve as the first prime minister in the rotation, Gantz will be viewed as violating his election promise not to serve under a prime minister charged with criminal offenses. But if he refuses, he will be accused of dragging Israel into a fourth election campaign at this difficult time.

Gantz received the mandate to assemble a government by virtue of the support of 15 members of the Arab Joint List, including its Balad faction, which refused to recommend him in the September 2019 election campaign. If Gantz abandons the Arab legislators now, it will be viewed as a betrayal not only of them but also of the Arab citizens standing at the forefront of the coronavirus battle. This is not a cliche: Many of the medical teams or squads in Israeli hospitals are composed of Jews and Arabs working together in full cooperation. In order to “remind” Gantz who backed him, someone disseminated a viral protest on social media of Arab medical teams who wore masks on their faces, with a caption saying, “Sharing the same fate, sharing the same government.”

Gantz cannot afford to ignore this protest. Is it really true that Arab physicians, nurses, pharmacists, and sanitation and lab workers are “good enough” to save Jewish lives but not to be partners in power? The Arab Joint List with all of its 15 members is the almost exclusive representative of the Arab public in Israel. Large percentages of Arab localities voted for the Joint List. Even Balad performed a historical act when it gave over its three Knesset members to the Joint List after much soul-searching. In an interview with Al-Monitor, Balad Chairman Mtanes Shihadeh said that his party decided to give change a chance, for the sake of everyone. Such a change would entail ending the incitement and retaliating against those who call them “terror supporters” or “terrorists in suits.” We can assume that it was not easy for members of Balad to recommend to the president Gantz — chairman of the so-called “party of generals.’’

Therefore, while Netanyahu continues to strengthen his right-wing, ultra-Orthodox bloc with cement, Gantz understands that he must involve Joint List members in government business. If he allows himself to be pulled into Netanyahu’s government, he will lose the support of the Joint List forever. Meantime, it seems that Gantz is attentive to these voices. “We won’t harm the minority and its important voice. … Despite the difficult, but correct, moves, we will vote for them and give them full backup, even if it harms us politically,” Gantz said March 23 in the Knesset.

Netanyahu had demanded that Blue and White promise not to appoint “terror supporters” to head Knesset committees. Nevertheless, Blue and White decided to support the appointment of two Joint List Knesset members to head committees: Ahmad Tibi to head the Labor and Welfare Committee, and another Joint List member (undecided as of yet) to head a committee that would deal with violence in the Arab society in Israel.

Whether an emergency government will ultimately be formed or whether Israel will hold its fourth election, it must signal the beginning of a partnership in the government. Wild incitement against Arab Knesset members must be greeted with actions on the ground, not words. Even right-wing voters will quickly discover that the “terrorist in the suit” appointed to head the Labor and Welfare Committee is actually an experienced legislator, responsible and committed, who aspires to prove to those who voted for him as well as those who opposed him that he has but one goal: to serve all Israeli citizens during routine, normal days, but mainly during the coronavirus era.