Iran has officially registered 10,000 cases of coronavirus, with the government requesting a multibillion-dollar emergency loan from the International Monetary Fund. 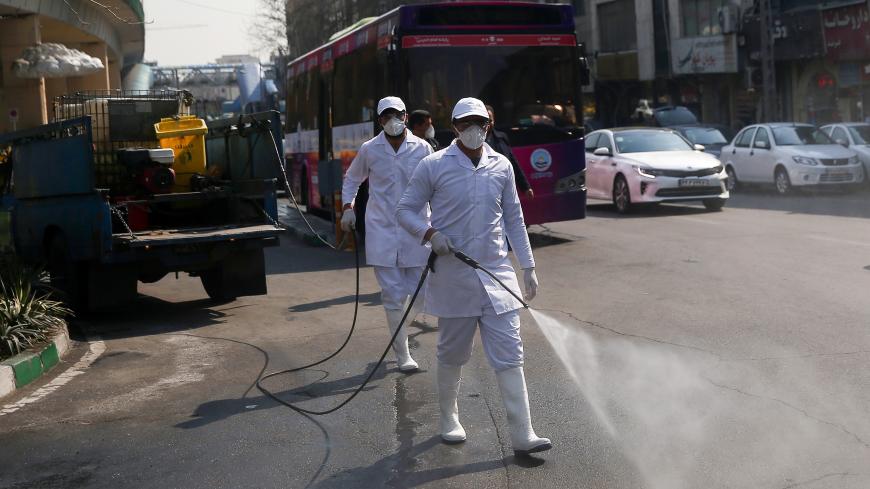 As cases of coronavirus surge in Iran, the government is now seeking a multibillion-dollar loan from the International Monetary Fund (IMF).

Iran’s Central Bank chief Abdolnaser Hemmati wrote to the IMF requesting $5 billion in emergency funding from its Rapid Financing Instrument, he said on Instagram March 12. Iranian Foreign Minister Mohammad Javad Zarif said in a tweet that Iran requested the money “immediately” and called on the IMF to “stand on [the] right side of history and act responsibly.”

The IMF previously said it was available to help member states “guarantee that people are not going to die because of a lack of money.” Last week, the Washington-based body’s managing director, Kristalina Georgieva, announced a $50 billion aid package for low-income countries.

Iran’s neighbors are increasingly shutting their land and sea borders, further isolating the Islamic Republic, which had already been grappling with economic sanctions on oil and gas exports imposed by the United States. Tehran has blamed Washington’s “maximum pressure” campaign for limiting Iran’s ability to contain the disease.

Since its first reported case in the Shiite holy city of Qoms last month, Iran has emerged as the epicenter of the coronavirus spread in the Middle East. On Thursday it became the world’s third country, after China and Italy, to register more than 10,000 cases of COVID-19.

Health Ministry spokesman Kianoush Jahanpour announced the number of confirmed cases had risen to 10,075 and the death toll had reached 429.

The coronavirus has impacted the highest levels of government in Iran. More than two dozen members of the political class have contracted the disease, including the country’s first vice president, Eshaq Jahangiri, and two Cabinet members, reported the semi-official Fars news agency. Mohammad Mirmohammadi, an adviser to Supreme Leader Ayatollah Ali Khamenei, died last week from the disease.

The viral outbreak, which has now spread to every province, has forced Iran to limit travel between its major cities and shutter schools and universities. Earlier this week, the government temporarily released some 70,000 prisoners in an effort to contain the virus.

Iranian Health Minister Saeed Namaki has also asked Iranians to reduce the use of paper banknotes and encouraged drivers to stay in their cars while gas station attendants fill their tanks.

The office of Iran’s Supreme Leader Ayatollah Ali Khamenei announced Tuesday that he will skip his annual address marking the Persian new year, or Nowruz, later this month.