The total number of persons infected with coronavirus in Iran has risen to 7,161 as officials scramble to respond to the spread of the virus. 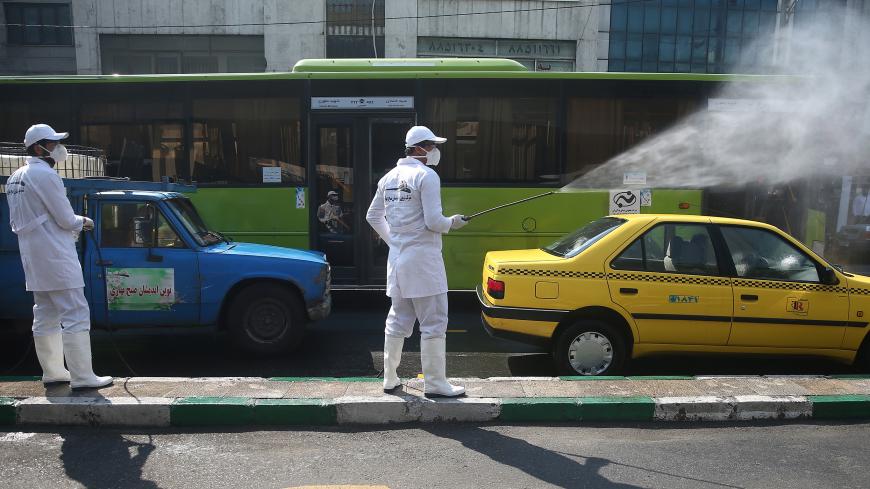 A member of the medical team wears a protective face mask, following the coronavirus outbreak, as he sprays disinfectant liquid to sanitize a taxi car in Tehran, Iran, March 5, 2020. - WANA/Nazanin Tabatabaee via REUTERS

As the number of coronavirus cases steadily climbs in Iran, the country has released roughly 70,000 prisoners in a bid to combat the virus, the country's judiciary chief said Monday.

“The release of the prisoners, to the point where it doesn’t create insecurity in society … will continue,” said Ebrahim Raisi, according to Mizan, the judiciary's news site.

Raisi didn’t say if or when the newly released prisoners would need to return to jail.

Iran, the epicenter of outbreak in the Middle East, reported 43 new coronavirus deaths March 9. Health Ministry spokesman Kianoush Jahanpour announced there were 595 new cases across the country, bringing the total number of infected persons in Iran to 7,161.

The latest fatalities pushed the death toll to 237, he said. Iran’s reported death rate is among the world’s highest, apart from China, where the virus originated.

Health experts believe Iranian authorities may be underreporting the full extent of the virus.

Iraj Harirchi, Iran’s deputy health minister, denied any effort to downplay the spread of coronavirus in the country. Harirchi himself contracted the virus and is self-isolating at home after appearing ill at a televised news conference last month.

Last week, Iran announced the launch of a national mobilization plan to tackle the virus. Under the plan, 300,000 teams will be mobilized in health centers, schools and Basij bases across the country. Some 26,000 health centers will be set up in Iranian cities and villages.

According to Health Minister Saeed Namaki, the centers will test suspected patients and monitor them in their homes. Patients whose health doesn’t improve within three days will be taken to a hospital or receive in-home care.

Iran had previously shut down school and universities, as well as canceled all public gatherings, including concerts and sporting events.

But according to Alireza Zali, who leads Tehran’s committee to combat the coronavirus, social activities have not declined as expected, and the closures have not been effective in curbing the spread of the virus that causes COVID-19.

The IRGC also said it is working to develop its own coronavirus testing kits to be ready within a year.