Iran’s Health Ministry has initiated a nationwide program to fight the spread of the coronavirus. 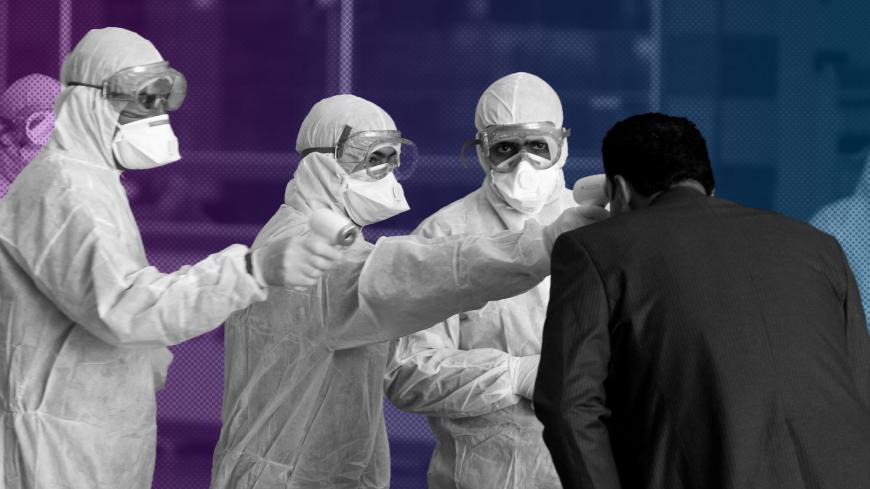 Iran’s Health Ministry announced that today, March 5, the country will embark on a national mobilization plan to combat the spread of coronavirus in the country.

Health Minister Saeed Namaki said that 300,000 teams will be mobilized in health centers, schools and Basij bases across the country. Some 26,000 health centers will be set up across Iranian cities and villages.

Namaki said that the centers will test suspected patients and then monitor them in their homes. If their health does not improve within three days, they will be taken to a hospital or receive in-home care.

According to spokesman for the Health Ministry Kianoush Jahanpour, Iran's coronavirus cases have reached 3,513 with 107 deaths. He said that there have been 591 new cases of the COVID-19 virus in the last 24 hours. The outbreak has centered in the provinces of Tehran, Gilan, Qom and Esfahan, but dozens of other Iranian provinces have confirmed cases of coronavirus in the double or triple digits. The most recent province to report a confirmed case is Bushehr.

Spokesman for Iran’s police force Ahmad Nourian announced that 157 individuals have been arrested for hoarding medical supplies. Raids over the last 10 days have uncovered 8 million masks, 68 million pairs of gloves and 10 tons of disinfectants. Nourian said that the police force — likely through Iran’s cyber police — has also identified 262 cases of “criminal acts,” likely referring to shares on social media of rumors about the coronavirus. He said that 101 related cases have been opened by the judiciary.

The Health Ministry has closed schools and universities until March 21, the end of the calendar year in Iran. But according to Alireza Zali, chief of Tehran’s committee to combat the coronavirus, the closures have not been effective in stopping its spread. He said that social activities have not declined as had been anticipated.

Namaki asked for Iranians not to misconstrue the school closures as opportunities for vacations and travel. Many Iranians use the new year or Newroz holidays to travel or see family. Namaki said that this one will be “an exceptional year” and asked people to not travel. He stressed that while the coronavirus may not be more dangerous than the regular flu, it travels from person to person much faster.

President Hassan Rouhani addressed the offer of help from the United States, in a March 4 cabinet meeting, saying, “If you are truthful, at least lift the sanctions on medicine.” While medicine is not technically sanctioned, many European countries avoid accepting money from Iran via banks due to banking sanctions.