Despite warnings by health officials that Iran's coronavirus crisis is still growing, President Hassan Rouhani wants parts of the economy back in motion by April 8. 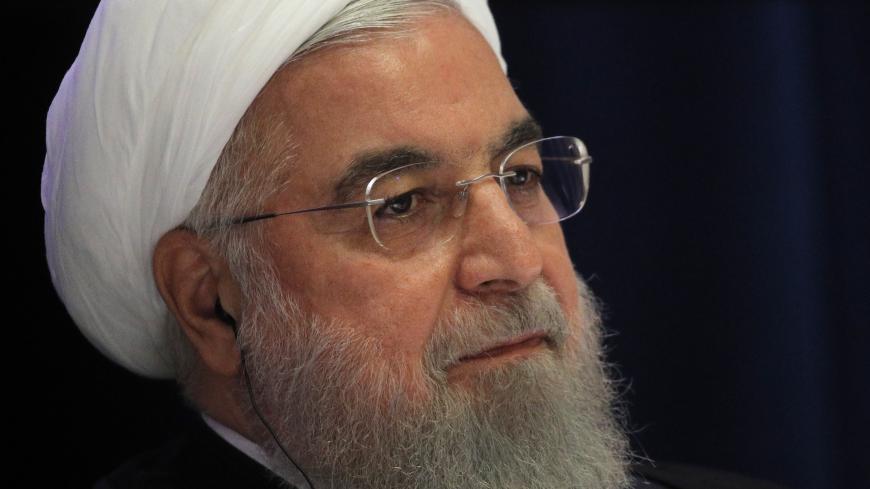 Iranian President Hassan Rouhani speaks at a news conference on the sidelines of the United Nations General Assembly summit in New York, US, Sept. 26, 2019. - REUTERS/Brendan Mcdermid

In the fight against the novel coronavirus, Iran has been slow to implement the severe lockdown measures seen in other high-case countries such as Italy due to economic concerns around providing basic services for its population while the country is under US sanctions. On March 27, as cases continued to grow, Iran implemented what it called social distancing measures that restricted travel outside of home provinces and closed most office buildings and nonessential businesses.

Now, due to economic concerns, the president has called for the reopening of certain sectors of the economy by April 8 in what he is calling a “smart social distancing” policy. In an April 5 cabinet meeting, Rouhani said, “Although the responsibility of the administration is to support the classes most at risk, at the same time it has a responsibility to provide all the necessary conditions for employment and business. Therefore with the protection of health as a priority and with all the necessary health protocols, we must adopt measures to move the wheel of the economy.”

To meet economic needs, Rouhani had previously made a request for a 1 billion euro withdrawal from the country’s National Development Fund that was approved today, April 6, by Iran’s Supreme Leader Ayatollah Ali Khamenei. The request to withdraw from the country’s sovereign wealth fund was reportedly made to help the state meet the needs of the Health Ministry, purchase and produce medicine for domestic consumption and pay unemployment benefits.

Iran’s Health Ministry and officials tasked with combatting the spread of the novel coronavirus have, however, warned that the outbreak still poses a major threat. Alireza Za’ali, the head of the task force in Tehran, warned April 6 on an Iranian television program, “Not only have we not reached the phase of controlling this virus, but it is increasing.” He added, “The coronavirus has reached the pandemic stage in Tehran.”

Health Ministry spokesman Kianoush Jahanpour said April 6 no province in the country has reached a “clear point.” Addressing Tehran province specifically, Jahanpour said it is in a “red state,” meaning the situation is critical. He warned that while the numbers were not increasing, he attributed the respite to people staying home for the Nowruz holidays and said the province is not yet ready to resume regular activity.

In response to a push by the Industry Ministry, Iran’s Health Minister Saeed Namaki warned in an April 2 open letter against any institutions, governmental or non-governmental, opening back up on their own, saying, “Its flames will quickly engulf the health system and consequently the country’s economy.” Namaki warned that “the smallest activity" could do "irreparable” harm.