Iran’s supreme leader canceled his annual public address in the holy city of Mashhad amid the coronavirus epidemic, which continues to claim lives nationwide. 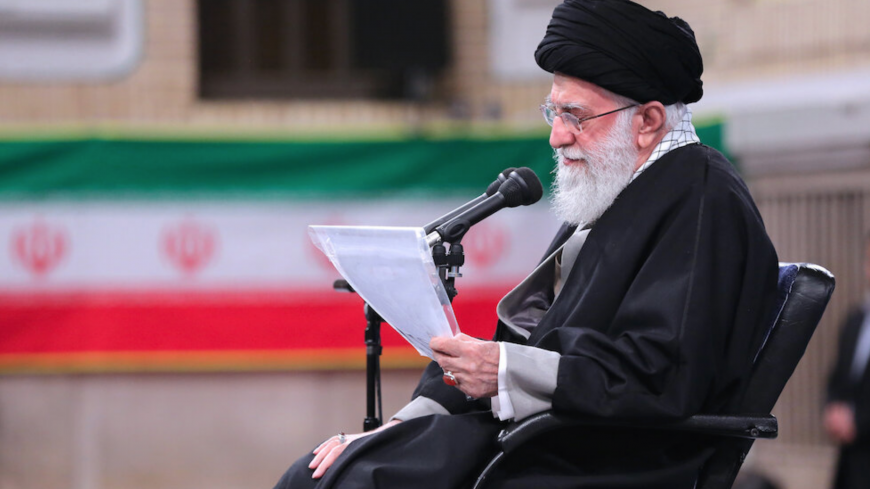 The office of Iran’s Supreme Leader Ayatollah Ali Khamenei announced that he will skip his annual public address on the first day of the Persian new year, or Nowruz, which falls on March 20. In a statement, Khamenei’s office cited health authorities who have advised against travel and public gatherings to prevent the spread of coronavirus.

Khamenei has traditionally given his Nowruz addresses to large crowds of Shiite supporters at the shrine of Imam Reza in the northeastern city of Mashhad. The decision signaled the growing seriousness of the situation in the eyes of Khamenei, who initially underestimated the “so-called virus.”

As of March 10, Iran's Health Ministry put the coronavirus death toll at 291, marking a surge of 54 in one day. Over 8,000 Iranians are now confirmed to have contracted coronavirus, making the country home to the largest infected population in the Middle East. Lawmakers and medical workers on the ground have disputed those figures, saying they are much lower than the real tally. Nevertheless, Health Ministry spokesman Kianoush Jahanpour once again dismissed such accounts. “We are not forcing anyone to believe our statistics,” he said at a briefing in Tehran March 10.

Over a dozen hospital staff, ranging from cleaners, nurses, general practitioners and specialists, have already fallen victim to coronavirus. Khamenei has now “agreed to a request” to label those medical workers “martyrs,” a title of significance in Shiite Islam. Over the past several days, the medical community has complained that it is underequipped to be on the front line against the virus. In the flashpoint of northern Gilan province, the medical staff are overwhelmed by a growing number of patients. In many cases, new clients are not admitted, as even the hospital corridors have turned into overcrowded wards.

A lawmaker representing Rudsar in the same province said the hospital “does not have a single set of CT scan equipment for initial tests and there are no ventilators. Even masks and gloves have been provided by donors.” According to an account from doctors in the same town, at least seven patients succumbed to the infection in the past two days alone, from March 8 to 10, while “acute respiratory problems” were listed as the official causes of death on certificates.

Khamenei’s order to label the deceased hospital staff as martyrs has sparked criticism that true gratitude could have been shown by providing medical workers with workable solutions that could have saved their lives. An image of a graffiti stencil depicting a nurse in a protective mask is trending on social media. She holds a sign that reads: “Give us the equipment and pay us our due salaries, no need for a martyr’s title.”