The Egyptian government announced a two-week, nationwide, 11-hour nighttime curfew to counter the spread of the novel coronavirus. 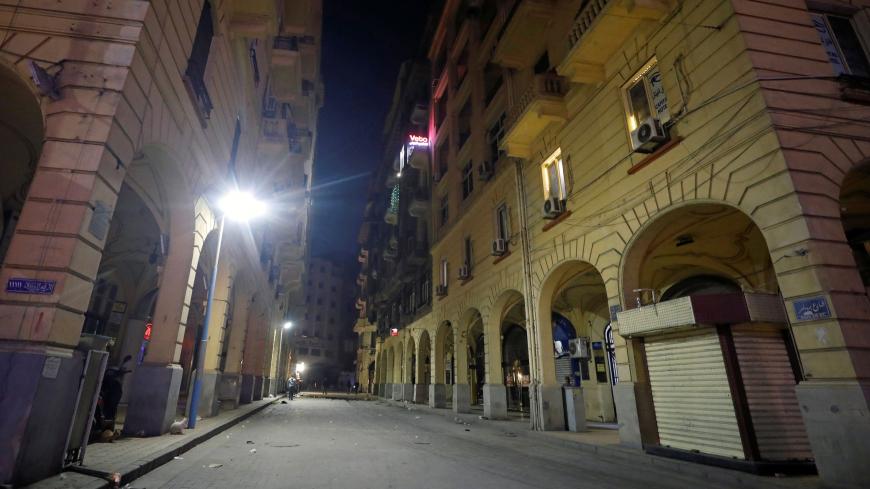 For two weeks beginning March 25, Egypt will impose a nationwide, overnight curfew to combat the novel coronavirus, the government said.

Prime Minister Mustafa Madbouly announced in a televised news conference March 24 that from 7 p.m. to 6 a.m., Egyptians are required to stay inside their homes. In addition, malls and stores selling more than basic goods can only remain open until 5 p.m. during the week and must close during the weekend. Restaurants can provide delivery only.

“We have to take further protective measures against the coronavirus pandemic,” Madbouly said. “We’re cautious with the timing to not harm the living conditions of certain social segments or the economy.”

Mass transportation will be suspended during the curfew hours, and schools and universities are closed for least 15 more days. The prime minister also encouraged citizens to limit their travel between Egypt’s provinces.

Curfew violators could be fined up to 4,000 Egyptian pounds ($254) and possibly jailed.

In a March 24 tweet, Egypt's President Abdel Fattah al-Sisi called on Egyptians to comply with the new rules. “I bet on the awareness of the great Egyptian people and their ability to overcome crises and challenges at various difficult times,” he said.

Egypt, the Arab world’s most populous country, has recorded 366 cases of coronavirus and 19 fatalities, including two high-ranking military officers. Many of the country’s early cases were tied to passengers on a luxury cruise ship in the Nile River.

To fund its coronavirus response plan, the government has allocated 100 billion Egyptian pounds ($6.4 billion). Across Egypt, schools, mosques and churches are closed, and air traffic is suspended through the end of March.

Egypt is the latest country in the region to enact a nationwide curfew. Jordan is under a nationwide lockdown and announced March 23 plans to launch a doorstep delivery service to feed its millions of citizens ordered to stay indoors.