Jordan extends its round-the-clock curfew indefinitely in an effort to combat the novel coronavirus. 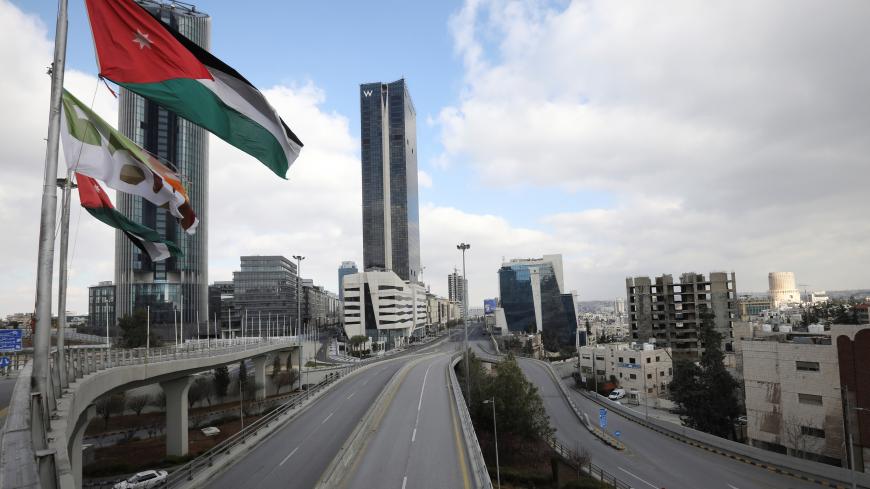 The streets of the Jordanian Capital are seen empty during the second day of a nationwide curfew, amid concerns over the spread of coronavirus disease (COVID-19), in Amman, Jordan, March 22, 2020. - REUTERS/Muhammad Hamed

With supermarkets closed and a nationwide curfew in effect, Jordan will launch a doorstep delivery service to feed its millions of citizens ordered to stay indoors.

Beginning Tuesday, residents will be delivered basic supplies, such as bread, water and medicine. Municipalities, water companies and large businesses that normally deliver to local businesses will be making the deliveries, said Minister of State for Media Affairs Amjad Adaile.

Jordanian authorities announced today that what was initially meant to be a three-day round-the-clock curfew would be extended indefinitely.

"The curfew will remain in place until further notice and you must stay at home and refrain from violating the precautionary instructions," Adaile told a news conference.

As of today, the country of 10 million people had reported 127 cases of coronavirus with zero fatalities. More than 5,000 people are currently quarantined at five- and four-star hotels near the Dead Sea and in Amman.

Under the emergency regulations, curfew violators can be jailed for up to a year. Army spokesman Brig. Gen. Mukhles Mufleh said today that security forces had so far dealt with 880 curfew violations, according to the Jordan Times.

The nationwide curfew is among the most extreme measures taken by any country to combat the coronavirus, which is responsible for more than 16,300 deaths globally. Last week, King Abdullah II approved an emergency decree granting the government sweeping powers that Human Rights Watch warned could “curtail basic rights.”

“Jordanian authorities should stick by their commitment not to abridge basic rights under the state of emergency,” Michael Page, deputy Middle East director at Human Rights Watch, said in a statement. “The test of every nation is how it treats its citizens in times of crisis.”

In addition to the nationwide curfew, Jordan has sealed its borders, halted all flights to and from its airports and banned travel between provinces. Authorities have converted 34 hotels to be used as quarantine centers for anyone who entered the country before the borders were closed.