Saudi Arabia has announced a nationwide curfew for the next three weeks in a bid to slow the spread of COVID-19. 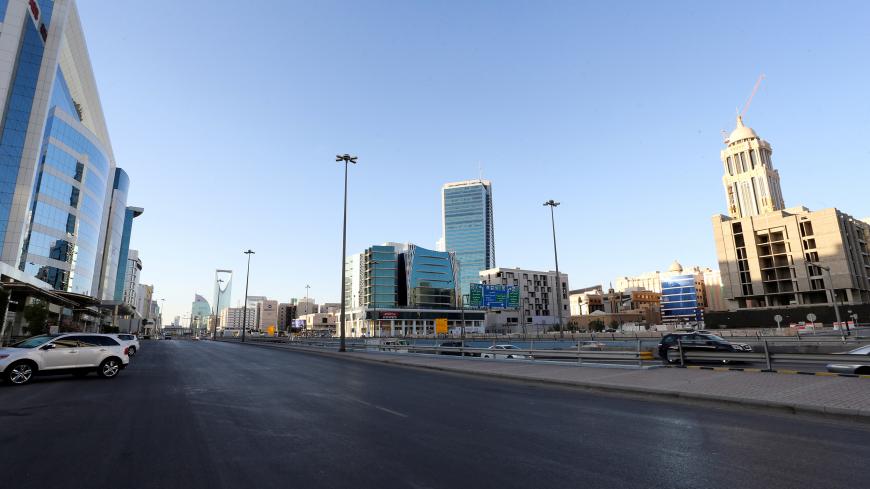 A general view shows an empty street after a curfew was imposed to prevent the spread of the coronavirus disease (COVID-19) in Riyadh, Saudi Arabia, March 23, 2020. - REUTERS/Ahmed Yosri

In a bid to curb the spread of the novel coronavirus in Saudi Arabia, where confirmed cases have more than tripled in the past week, King Salman bin Abdul Aziz Al Saud has announced a nationwide curfew for the next 21 days.

Beginning Monday evening, residents are ordered to stay inside their homes from 7 p.m. until 6 a.m., according to the state-run Saudi Press Agency. Excluded from the 11-hour-long curfew are employees in certain industries, including food service, health care and the media.

Violators will be punished with a 10,000-riyal ($2,662) fine, and with jail time after multiple violations. The Ministry of Interior said it will take the necessary steps to enforce the new regulations.

The move comes as the country’s Health Ministry announced 51 new patients on Monday, bringing the total number of known cases in the country to 562. Of the confirmed cases, 33% are due to people coming into direct contact with infected individuals, according to the Foreign Ministry.

Meanwhile, the government has ordered the closure of malls, cafes and restaurants, and has suspended schools and universities. Most government operations, including non-urgent court hearings, are paused.

The eastern province of Qatif, the epicenter of the virus in the kingdom, has effectively been on lockdown since March 9 with residents barred from traveling in and out.

Across the region, countries are grappling with how best to contain the pandemic. The United Arab Emirates announced Monday it's closing all shopping and commercial centers for the next two weeks. Tunisian President Kais Saied ordered the army to enforce a nationwide lockdown announced Friday.