Beginning Saturday, residents of Jeddah must adhere to a curfew from 3 p.m. to 6 a.m. 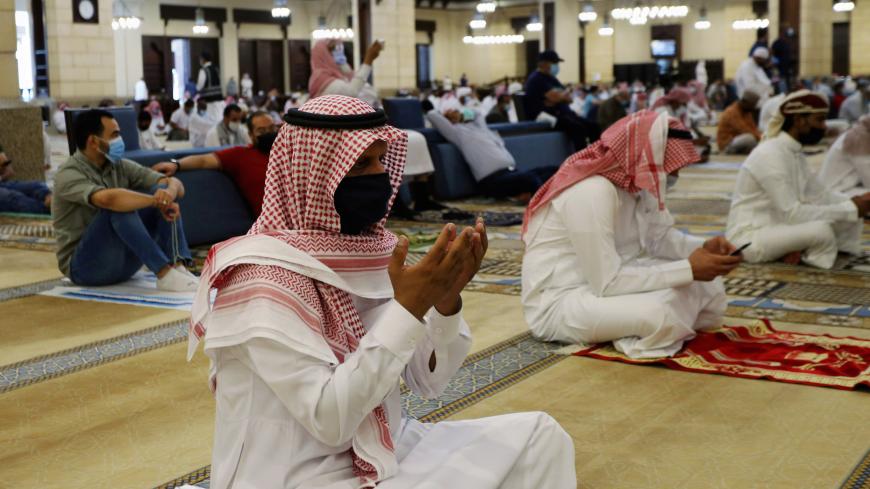 A Saudi man wearing a protective face mask performs Friday prayers inside the Al-Rajhi Mosque after the easing of lockdown measures amid the novel coronavirus outbreak, in Riyadh, Saudi Arabia, June 5, 2020.

Saudi Arabia has reinstated a 15-day curfew in the city of Jeddah beginning tomorrow, from 3 p.m. to 6 a.m., the state-run SPA news agency reported.

In addition to the curfew, the Saudi government reimposed several other restrictions on the Red Sea city. Citing an official with the Interior Ministry, SPA reported prayers in mosques, dining in restaurants and in-person attendance at workplaces are suspended for the next two weeks. Gatherings of more than five people are also banned.

The country began easing restrictions in late April to coincide with the Muslim holy month of Ramadan. As cases surged in May, the kingdom introduced a 24-hour curfew during the five-day Eid al-Fitr holiday.

On Friday, the Health Ministry acknowledged 2,591 new coronavirus cases and 31 more deaths, bringing the total number of infections to 95,748 and the death toll to 642.

Saudi Health Ministry spokesman Dr. Mohammed Al-Abd Al-Aly said Tuesday he had seen an “alarming” rise in the number of critical COVID-19 patients in recent days. Those patients were mostly elderly or had chronic illnesses and tended to be from Jeddah or the capital Riyadh.

“We should take a moment to reflect on our behavior and how it may affect the health of our mothers and fathers and our loved ones surrounding us,” Al-Aly said.

To further prevent the spread of the virus, the country's Interior Ministry announced hefty fines for quarantine violators in early May and the formation of a special police unit to enforce the new regulations.