A cleric’s bizarre response to treating COVID-19 in the guise of Islamic medicine has provoked widespread ridicule in Iran. 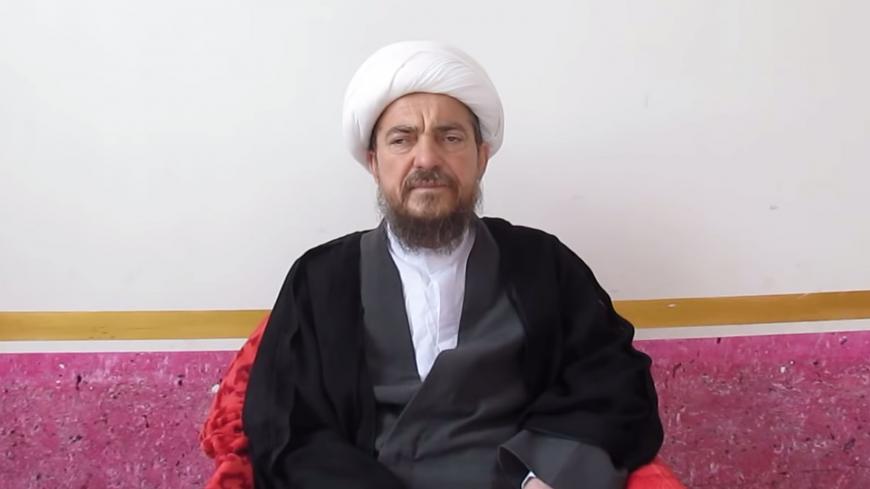 Abbas Tabrizian, described by his supporters as “the father of Islamic medicine of Iran" seen in a still from a video uploaded May 3, 2019. - YouTube/الحوزة العلمية في النجف الأشرف

Amid anxieties in Iran over the coronavirus outbreak and a flurry of precautions to prevent its spread, a controversial ayatollah has declared a new method to “cure” the virus: applying violet oil to the anus.

Abbas Tabrizian, described by his supporters as “the father of Islamic medicine of Iran,” began focusing on “Islamic medicine” when his wife was diagnosed with cancer. Although doctors had given up hope on her, Tabrizian said he was able to cure her after “a short treatment he devised,” according to a website affiliated with the cleric. The Najaf-born cleric studied at the prestigious seminary in the same city, the website said.

Even before his unorthodox prescription for COVID-19, the cleric was under fire from his counterparts and other religious figures, including Grand Ayatollah Abdollah Javadi-Amoli and Grand Ayatollah Naser Makarem Shirazi, in the holy city of Qom, the heart of the Shiite sect. They refuted Tabrizian's claims regarding the superiority of "Islamic medicine," arguing there is no such thing.

In January, Tabrizian burned a copy of “Harrison's Principles of Internal Medicine,” an American reference book. “This book was a tool for the West's infiltration of other countries,” Tabrizian explained in a Jan. 26 video. He said that Westerners had, throughout history, set fire to “The Canon of Medicine," by Iranian philosopher and physician Avicenna, but failed to specify when and where this had happened. Tabrizian also offered to hold classes for physicians to teach them Islamic medicine and his formulas.

Grand Ayatollah Jafar Sobhani responded to the video Jan. 27, stating that “insulting medical learning is against the spirit of Islam and Islam’s call for [learning] science.”

“Criticizing the content [of a book] is appropriate, but [burning] is an act of ignorance, and many libraries were set on fire based on wrong motivations in the past,” Sobhani said. Ayatollah Alireza Arafi, the chairman of Iran’s seminaries, also condemned Tabrizian’s book burning, saying that such acts and thoughts have “no place” in seminary.

Tabrizian's prescriptions and brand of medicine have been marketed throughout Iran over the last three years, with his representatives dispatched to sell his “special” medications. Although authorities closed three outlets linked to him for unauthorized production of medications, his supporters continue to believe he is a guru of Islamic medicine.

“My family and I don’t believe in modern medicine," Zeinab, 34, a religious woman from Mashhad, told Al-Monitor. "My niece has cancer, but she has refrained from taking pills. Instead, she has used Tabrizian’s medications.” Zeinab said that she prevented her children from being vaccinated at birth.

But Tabrizian has few supporters. To most Iranians, he is a figure of ridicule as opposed to a pioneer of alternative medicine.

Tabrizian used his channel on the Telegram messaging app Feb. 26 to unveil his method for curing those infected with the coronavirus. “Before sleeping, put a cotton ball dipped in violet oil to the anus,” he wrote, immediately becoming a source of mockery on social media. One Twitter user responded: “[Actor] Jackie Chan has offered a reward for the discovery of coronavirus vaccine. It seems like he hasn’t heard about violet oil, otherwise, he would have given [the reward] to Tabrizian.” Other tweets were far more obscene.

Tabrizian used Qom’s situation as the epicenter of the coronavirus in Iran to hit back at his critics there, saying that the outbreak was God's revenge on those who “bothered” him, according to a report from IRNA news agency Feb. 27.

Other bizarre reactions to coronavirus and preventive measures have been posted online, including two videos in early March that went viral. They both showed men licking the zarih — a gilded structure that encloses a grave in a mosque or a shrine — of Ali al-Reza, the eighth Imam, in Mashhad, and his sister, Fatima bint Mohammad, in Qom, both important figures of Islam.

Iran’s Health Ministry officials had called on people to not visit these two shrines and for the custodians of the shrines to place restrictions on visitors. The two men apparently sought to defy the order by licking the zarih, while reprimanding people for not visiting the shrines.

Like Tabrizian’s prescription, the videos inspired rage and criticism. The two men were detained, possibly for “disturbing the public order” and “insulting religion.”

Mohammad Delavari, a prominent host on Iranian state TV, which is controlled by hard-liners, reacted to the viral videos March 2, calling the men and those who praised them “ignorant” and mentally disturbed. Meanwhile, videos on Iranian media showed the two men next to Ayatollah Sadegh Shirazi, who holds radical views, including the support of self-flagellation.

According to Iran’s Health Ministry, 237 people have died of coronavirus and 7,161 have been infected, but the Iranian government hasn’t put Qom, the epicenter of the outbreak, and most of the infected cities, under quarantine. 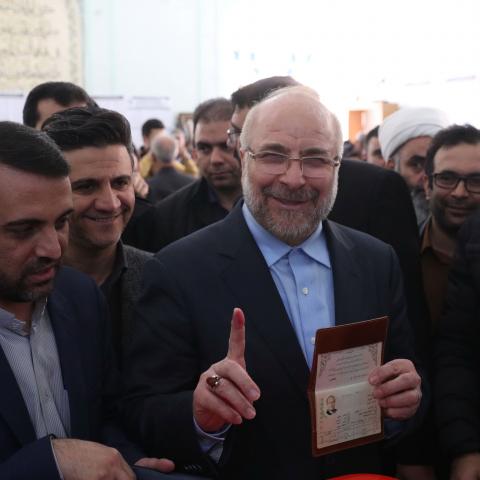