Groups of Iranian Shiite hard-liners briefly unsealed holy shrines in Qom and Mashhad in protest of the government's closure against the coronavirus epidemic. 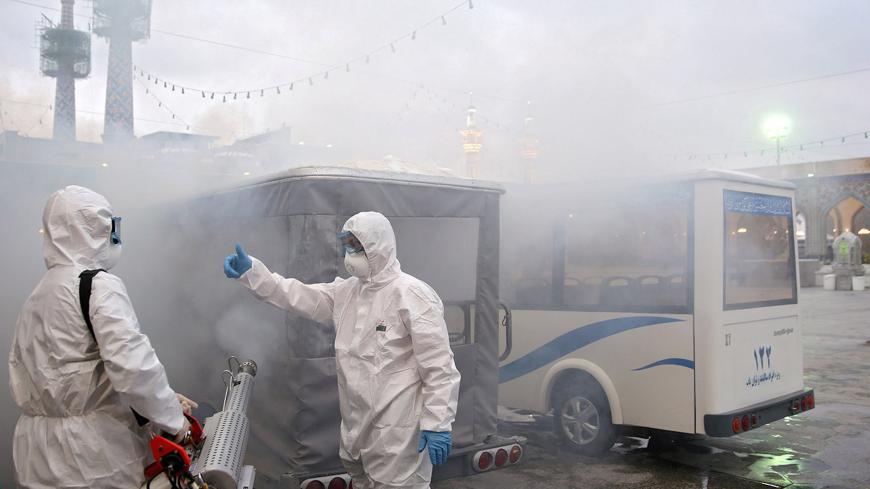 As of March 17, the coronavirus epidemic in Iran had killed nearly a thousand people and infected over 16,000 others. For a theocracy like the Islamic Republic, closing down religious sites as a measure to slow transmission is a tough decision, leaving the authorities stuck between a rock and hard place.

Yet with the epidemic showing no sign of abating, the Iranian authorities chose to impose a lockdown on the key religious sites, among them the highly revered shrines of Hazrat Masoumeh and Imam Reza in the conservative cities of Qom and Mashhad, respectively.

The controversial decision triggered furious reactions from some hard-liners, who saw it as an unforgivable insult to the “infallible” household of Islam’s Prophet Muhammad. Videos quickly went viral from outside the two shrines, showing mobs breaking metal fences and storming the sites as they cursed those who ordered the closure. “No one in the past 14 centuries has managed to close this door, not even during the Mongol Conquest. … We will continue to stay outside the shrine until it is reopened,” said one of the protest leaders addressing the crowds.

Elsewhere at a sit-in, the protesters chanted slogans against President Hassan Rouhani and his health minister and expressed open defiance toward orders from the capital, suggesting that Mashhad would act on its own discretion and independently from the central government.

Otherwise, the government seems to enjoy a rare unanimous backing from the majority of the powerful clerical community in both cities after convincing them that the consequences of the epidemic are dire. It managed to once again seal the shrines before arresting over two dozen of the “rogue elements.”

The attacks drew condemnation from most of the Iranian clergy. The office for the management of the Iranian seminaries lamented the incidents as “desecration” of the holy sites at the hands of “fundamentalists,” while throwing its full weight behind the government's containment plans.

The pressure from the ultraconservatives came as both Qom and Mashhad witness an alarming coronavirus transmission rate that officials have warned could worsen if the shrines are not closed to pilgrims. The two cities reported over 90 new infections combined in the latest official daily report. Qom has been identified as the epicenter from which the virus spread nationwide. Mashhad is anticipating an influx of travelers in the coming days as the entire country ushers in the two-week national new year holiday.

The government’s adamant refusal to impose a lockdown in the city has fueled concerns from locals and the city’s mayor, who has warned of a looming “human catastrophe” if the city continues to receive guests. In the absence of national quarantine efforts, volunteers in many Iranian cities are now manning entry points in an attempt to block travelers.

Critics say the Iranian government’s response to the coronavirus outbreak has been characterized by confusion, corruption and mismanagement. The authorities, however, dismiss the accusations, blaming the American sanctions as the main culprit. Foreign Minister Mohammad Javad Zarif tweeted that the measures have “impaired Iran’s ability” to fight the virus, “literally” killing Iranians. Zarif urged the international community to act based on morality and “join the growing global campaign to disregard US sanctions on Iran.”