Closed since mid-March, the religious sites are opening their doors with social distancing measures in place. 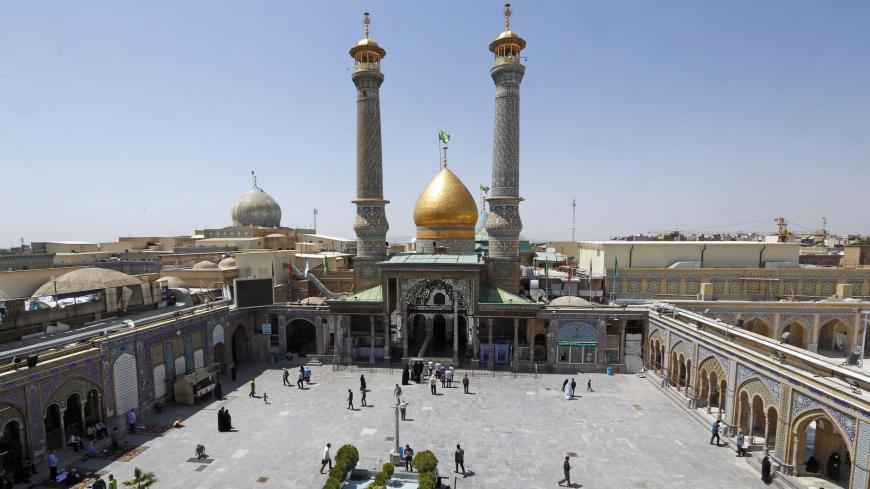 Iranians visit the Shah Abdol-Azim shrine in the capital, Tehran, on May 25, 2020, following the reopening of major Shiite shrines across the Islamic Republic, more than two months after they were closed because of the Middle East's deadliest novel coronavirus outbreak. - AFP via Getty Images

More than two months after closing its popular shrines over coronavirus concerns, Iran has reopened them as part of an easing of restrictions across the country.

Mosques and key religious sites in Iran that attract millions of Muslim pilgrims each year were closed in mid-March. Mobs of angry Shiite hard-liners stormed the country’s holy shrines in protest, despite fatwas from Shiite clerical authorities urging people to refrain from gathering.

Now, under regulations announced by Iranian President Hassan Rouhani on Sunday, holy sites can open one hour after dawn and must close one hour before sunset. The IRNA state news agency reported the reopenings of the Imam Reza shrine in the holy city of Mashhad, and the shrine of Fatima Masumeh in Qom, the city that was the initial epicenter of Iran’s outbreak.

According to Agence France-Presse, worshippers at the Shah Abdol-Azim shrine in southern Tehran were required to wear a mask, walk through a disinfection tunnel and have their temperature checked. Many were shown on state-run TV crying and running toward the shrine, AFP reported.

Iran is struggling to recover from what is considered the region’s worst coronavirus outbreak. The Health Ministry said the virus had killed 7,508 people in Iran, while infecting at least 139,511, as of today.

The country has relaxed a number of restrictions intended to contain the outbreak, despite warnings that doing so could lead to a second wave of the virus.

Earlier this month, Iran reopened mosques in “low-risk” parts of the country as health officials claimed a downward trend in the number of COVID-19 cases reported during the Muslim holy month of Ramadan.

On Sunday, museums and historical sites were allowed to reopen, and universities are scheduled to resume in-person classes June 6.

According to Rouhani, 10 of the country’s 31 provinces are now in the “containment stage” of the outbreak. In a phone call reported by Iranian media, Rouhani and Turkish President Recep Tayyip Erdogan discussed Sunday the reopening of land borders and air travel to revive trade between the two countries “as soon as possible.”