When will Europe propose genuine peace plan for Israel, Palestinians?

If the European Union wants to stay relevant in the Middle East, it must make up its mind over the Trump administration's peace plan and advance with an alternative, viable proposal. 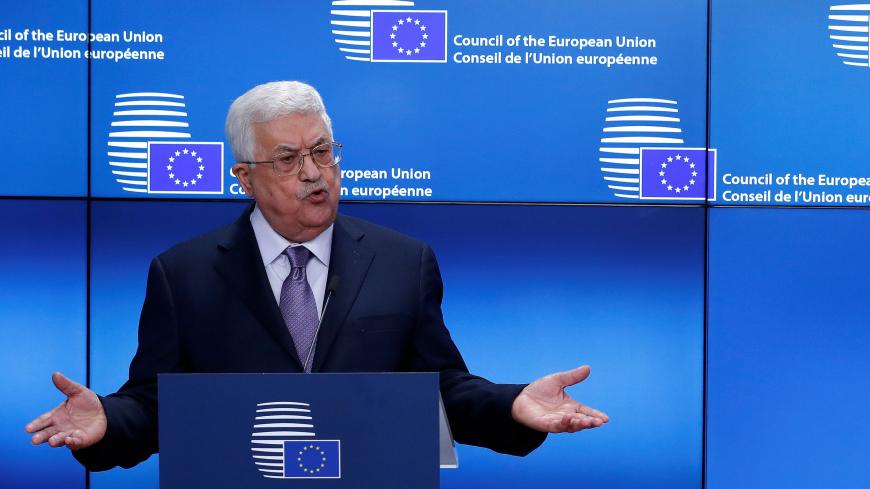 US President Donald Trump’s “deal of the century” allegedly embraces some of the principles that the world had adopted decades ago: the creation of a Palestinian state within boundaries based on the 1967 borders; Israel compensating the Palestinians for the annexation of a small part of the West Bank by transferring Israeli territory the same size and of the same quality to the Palestinian state; and a Palestinian capital in East Jerusalem. In reality, it does not endorse these principles at all. Rather, it empties these principles of all meaningful content, while conspicuously ignoring other principles, which are no less important, such as the agreement on a solution to the problem of Palestinian refugees. More so. Along with its diplomatic proposals, the Trump plan allegedly offers a detailed list of possibilities for economic development. The problem is that a close reading of these proposals makes it difficult to find any truly generous offers to the Palestinians, especially when compared to the moneys now being sent to the occupied territories by donor nations and through the very existence of the United Nations Relief and Works Agency for Palestine Refugees in the Near East (UNRWA).

One would have expected a harsh response to the plan, particularly from the Arab world and the European Union (EU). The extreme caution with which the plan was accepted by these two parties, and even by Moscow, was surprising to everyone. Apparently, the US administration made a concerted diplomatic effort in advance to block an immediate rejection of the plan by the rest of the international community, by saying something along the lines of, “Read it carefully before you comment.” While some members of the Arab League congratulated the very release of the plan, sometime later, the league adopted a position that rejected the plan. Similarly, Moscow reacted negatively, too, but only a few days after the plan was released. So far, the EU’s response has remained cautious and diplomatic.

Josep Borell — the new high representative of the EU for foreign affairs and security policy, and until just a few months ago the Spanish foreign minister — began with a statement that left many surprised. As soon as the deal of the century was released he said, “Today’s initiative by the United States provides an occasion to re-launch the urgently needed efforts towards a negotiated and viable solution to the Israeli-Palestinian conflict.” Nothing more and nothing less. But even after he studied the Trump plan and realized what it contained, and even after he promised that any “steps towards annexation, if implemented, could not pass unchallenged,” he reacted very diplomatically, saying Feb. 4 that the US initiative as presented "departs from the internationally agreed parameters," and that the EU would "continue to support all efforts aimed at reviving a political process in line with international law, which ensures equal rights and which is acceptable to both parties."

Borell is no newcomer to the Palestinian-Israeli saga. He is well aware that this is not a plan to encourage dialogue between the parties. Rather, it is dictating terms to the Palestinians, and that even if the Palestinian entity is called a state, it will still have only limited autonomy in all its affairs, including its right to absorb and grant citizenship to immigrants. The fact that the American right has taken the side of the Israeli right does not leave any opening for a renewal of talks between the two parties. On the contrary, it should make that even less likely to happen.

Ever since Trump entered the White House, and after getting bogged down with Brexit and everything resulting from it, Europe has entered a long state of hibernation in everything related to the Middle East. The Middle East Quartet (the United States, Russia, the EU and the United Nations) meets very infrequently, and even when it does meet, it keeps a low profile. Many European leaders came to Israel to mark International Holocaust Remembrance Day and the 75th anniversary of the liberation of Auschwitz. The event, held under the patronage of Israeli President Reuven Rivlin, certainly was moving. Still, there can be no doubt that it is much easier for European leaders to call for a war against anti-Semitism at home and to promise to promote awareness of the Holocaust in their respective countries, than it is to get involved yet again in the Middle East.

Some European figures, who would like to visit Israel for diplomatic purposes, realize that they won’t be granted a meeting with Benjamin Netanyahu, the prime minister and until February 2019 foreign minister, so they prefer not to visit Israel at all. Borell’s predecessor, Federica Mogherini, has not visited the region for several years now, because every time she tried, she was informed that the prime minister was busy.

French President Emmanuel Macron, who is now considered to be the most prominent political figure in Western Europe, is the only leader to discuss the possibility of a European diplomatic initiative. In 2018, he said that if the Americans continue with their delays, and the Trump plan is not released, it will be necessary to propose an original European plan. The delays continued against the backdrop of Israel’s repeat elections (in April and September 2019). Now that the American plan has been finally released and all its ineptness has been finally exposed, it is obvious (to the Europeans) that an alternative plan is greatly needed — a plan that would grant the two parties a common basis for negotiations.

Macron understands more than all the others what the real significance of the Trump plan is, with its 15 sovereign Israeli enclaves within the territory of the future “Palestinian state,” not to mention the audacity of deciding that not a single Palestinian refugee will be allowed to gain citizenship in Israel, or that Israel would decide for the Palestinian government how many Palestinians it would be allowed to absorb in its own country. He realizes that this is nothing more than a provocative proposal by the extreme right, and not an invitation to hold serious talks. He also understands how deceptive the economic vision for the next 10 years is. The real question is whether he will decide to dive into the mire and offer an alternative, or at least a framework that would allow the two parties to go back to the negotiating table after the Israeli March election, following years of total diplomatic disconnect. Macron surely knows that only such an initiative could offer hopes to reach a historic solution to the conflict.

It is reasonable to assume that after this election, Israel will finally have a new government to replace the longest transition government in the country’s history. It is also safe to assume that this will be a national unity government made up of the Blue and White party and the Likud. Such a government would likely be overly cautious, when it comes to acting unilaterally. Also, the veto power granted to each side (typical of a unity government) will be far stronger than each side’s ability to initiate new moves.

The Trump plan enables the transfer of Israeli territory with dense Arab populations to the Palestinian entity. It also enables Israel to annex territories that the authors of the plan estimate should not be part of the Palestinian future entity. Thus, it is unlikely that the plan could become the platform of such a unity government. There is no doubt that there it will be necessary for a responsible adult to propose a plan that all the parties can live with, much like the plans of the past, which Trump likes to belittle. It is now Europe’s turn to do that.