Coronavirus in Iran prompts fears of spread in Iraq

The outbreak of coronavirus in Iran prompted a wave of anti-Iranian sentiment among Iraqi protesters, who called for the closure of the border. 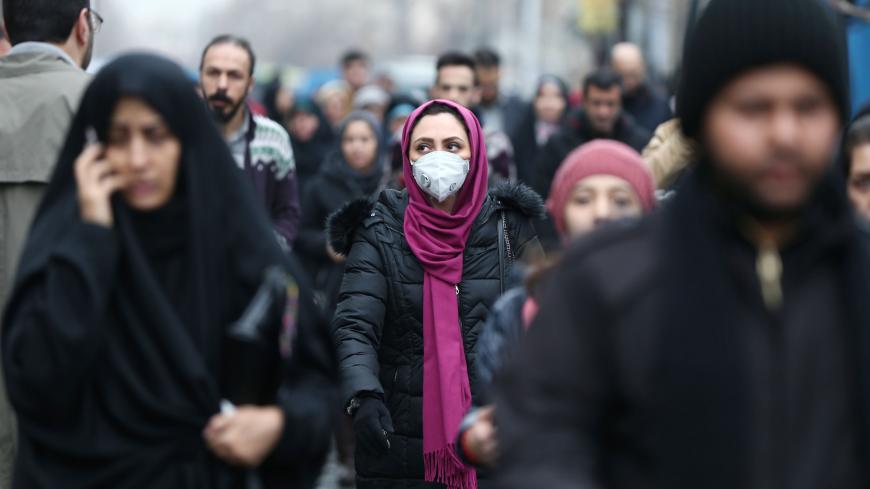 BAGHDAD — After Iranian health officials confirmed Feb. 19 that two elderly people had tested positive for coronavirus posthumously, Iraqis, wary of an outbreak, demanded that their leaders close the border with Iran.

​“According to recent laboratory reports, 13 people, including seven in Qom, four in Tehran and two in Gilan are confirmed infected,” Iran Health Ministry spokesman Kianush Jahanpur tweeted Feb. 21. He stated that the outbreak originated in Qom and that two more people had died from the disease. Iran’s state-run news agency IRNA announced that Qom had closed schools and universities to prevent the spread of the virus.

Yet Iranian authorities have not implemented sufficient measures to stop the spread of coronavirus. Parliamentary elections were held Feb. 21, and the Iranian government did not want to affect voter participation. As the situation in Iran worsens, Iraqis are demanding that stronger action be taken to halt the spread of the virus.

The Iraqi Interior Ministry suspended issuing visas to Iranians as a precautionary measure Feb. 19, according to a ministry document, and starting Feb. 20, the border with Iran will be closed for three days. The Iraqi Ministry of Health urged authorities to close all border crossings with Iran until further notice. The Iraqi civil aviation authority also stopped all incoming Iranian flights.

However, Iraqi activists and protesters are not satisfied with these measures. They demand a complete and long-term break with Iran, as they are worried that a coronavirus outbreak would tax Iraq's health care system, which already suffers under sanctions in the time of Saddam and is unprepared to counter an epidemic.

On Feb. 11, Iraq banned entry of all foreigners who had been in mainland China in the past 14 days.

Top Shiite cleric Ayatollah Ali Sistani called upon the Iraqi government Feb. 21 to be “up to the level of responsibility," adding that "the scale of preparations should match that of the threat."

The outbreak has fueled anti-Iranian sentiments. Many activists and bloggers spread the hashtag #اغلقوا_الحدود_مع_ايران, which translates to "Shut the borders with Iran." Some expressed a desire to build a wall between Iraq and Iran. Others asked Muqtada al-Sadr, who withdrew his support for the protests, to stay in Qom and not return. Sadr has been in Iran during much of the Iraqi protests, due to security concerns. His "Blue Hats" supporters attacked protesters in an attempt to stop the demonstrations on behalf of Iran, leaving him with a public image as a traitor and provoking resentment among Iraqis.

After the Iranian ambassador denied that Iraq had closed its border with Iran, protesters grew angrier and accused the Iraqi government of dishonesty and being under Iran's influence. A group of protesters in Basra burned tires along the border with Iran Feb. 21 in an attempt to close the border.

In response to pressure from protesters, Basra Gov. Asaad al-Eidani announced on Facebook that the border with Iran was closed, and that Iraqis are allowed to enter only after a medical exam.

Najaf Gov. Luay al-Yassiry asked the Iraqi government Feb. 20 to ban incoming flights from Qom. Protesters threatened to go to the airport and close it down if all Iranians are not banned from entering Iraq.

The Maysan governorate, which shares a border with Iran, announced that the Shayib border crossing was closed. Protesters in Wasit province's Kut gathered at the border with the Iranian city of Mehran to prevent Iranians from entering Iraq.

On the other side, pro-Iranian bloggers in Iraq accused the protesters of being biased against Iran, as coronavirus had also been detected in Saudi Arabia, but with no mention from protesters. It is worth mentioning that, compared with Iran, few people from Saudi Arabia travel to Iraq.