Iran’s Health Ministry has assured the public it is addressing the corona outbreak that has killed at least 12 in the country. 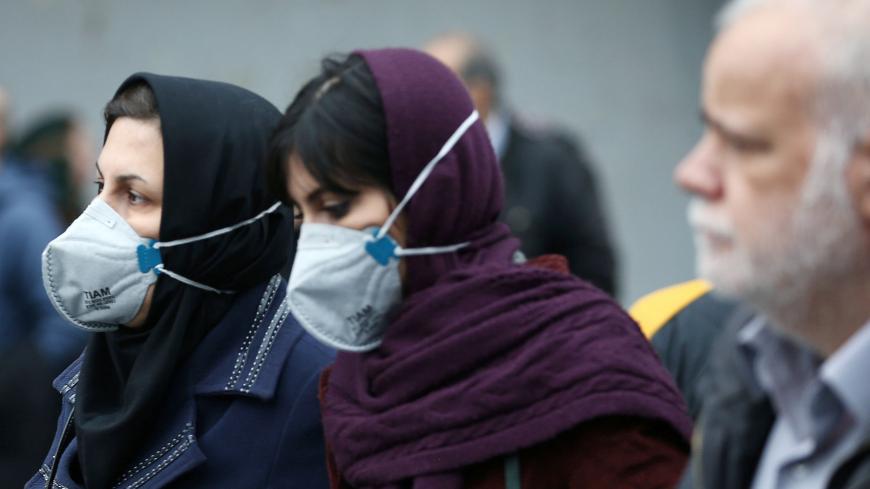 Iran’s Interior Minister Abdulreza Rahmanifazli said that the coronavirus outbreak may have contributed to record low participation rates in Iran’s Feb. 21 parliamentary elections. It was one of the first official acknowledgements that the virus, which originated in China, is impacting the country.

During the Feb. 21 press conference, Rahmanifazli was asked why there was no quarantine, particularly in Qom, where the virus seems to have first popped up in Iran. Rahmanifazli said that the decision was the Health Ministry's purview. When asked why the Interior Ministry did not postpone the elections when the outbreak of the highly infectious virus was first announced, he said that such a move would have delayed the formation of the new cabinet.

According to Iran’s Health Ministry, 12 people have died so far from the coronavirus and a total of 61 have been infected. Those figures have been contested, however, with Qom parliamentarian Ahmad Amirabadi Farahani claiming that 50 people in Qom have died from the virus. Deputy Health Minister Iraj Harirchi denied the claim, saying, “According to the directives of the administration and the Supreme National Security Council, no other individual has the qualifications to announce this news.” He added, “The information is with us and we do the testing.”

Harirchi explained that it’s possible some officials are confusing influenza deaths with coronavirus deaths. He added that some people might feel that exaggerating the death toll could force the administration to take action, but warned against making the outbreak a partisan issue. Harirchi said that the situation in Qom is “almost stable” but a number of residents have already left the city.

The governor of Gilan said there has been a 20% increase in travel to the northern province, where people frequently vacation, likely due to the schools and universities being closed. The province is the second hardest hit after Qom.

A number of officials and agencies have expressed offers of support. Supreme Leader Ayatollah Ali Khamenei did not address the outbreak during his speech yesterday in which he thanked the public for turning out to vote. President Hassan Rouhani said that every effort is being made to control the outbreak. The head of the Islamic Revolutionary Guard Corps, Hossein Salami, and the head of the judiciary, Ebrahim Raisi, have also offered their help.

Iranian officials have remained outwardly calm. An official with the Health Ministry told Javan newspaper that the majority of those who have been infected with the coronavirus do not need special care and will recover, adding that only 3% of those infected are likely to die from the virus.