Despite conflicting reports, Iran's death toll from the coronavirus epidemic is rising a few weeks ahead of the country’s New Year holidays. 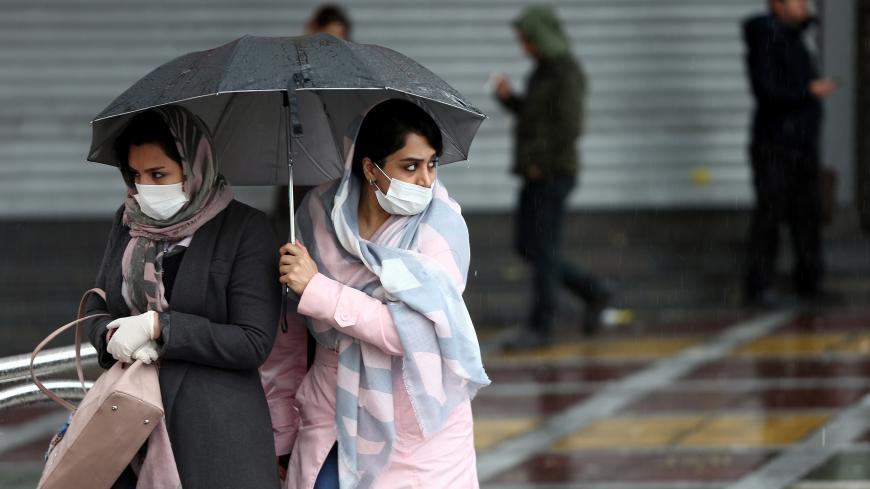 Iran is closer to an effective shutdown amid a worsening coronavirus epidemic that was first reported last Wednesday in the city of Qom, the center of its powerful clergy and home to much-visited holy shrines. As of Feb. 26, the official death toll from the country’s Health Ministry stood at 19, a figure likely to jump as suspected cases approach the 1,000 mark in at least 11 affected provinces.

The figures differ widely in various reports. Ahmad Ami-Abadi, one of the lawmakers representing Qom in Iran's parliament, claimed that the toll was well above 50, pressing the Deputy Health Minister Iraj Harirchi to resign. Harirchi has sparked fury by rejecting demands for imposing a full quarantine on Qom, describing such measures as outdated World War I practices. The health official himself has now tested positive, a sign that others could already be in the same boat following back-to-back meetings and joint pressers.

“We will definitely kill the disease in the weeks to come,” Harirchi vowed with a raised fist in a viral video after officially joining the list of confirmed cases. “This virus does not differentiate between authorities and ordinary people, [but] we do possess the remedy.”

Hours later, Mahmoud Sadeghi, a Reformist lawmaker and a vocal civil rights defender, came out with a similar message about his positive test. On Twitter, he also urged Iran’s judiciary leader Ibrahim Raeesi to order the temporary release of political detainees to protect them from a possible outbreak inside the prisons.

Earlier, the mayor of Tehran’s district 13 was among the first to be diagnosed. According to the latest reports, the Qom-based top Shiite cleric Ayatollah Shobeiri Zanjani has been quarantined after a member of his close circle, another cleric, died from the disease.

The epidemic has already led to a shortage of masks and disinfectants in pharmacies. Judiciary officials have warned of severe punishment for hoarders after police found and raided several warehouses that have been stockpiling the materials.

At newsstands, anger is being openly vented at the government’s “mishandling” of yet another crisis. “The virus of irresponsibility is worse than coronavirus,” shouted Reformist newspaper Aftab-e-Yazd. Arman, another pro-Reform daily, questioned the government’s refusal to quarantine Qom, a measure that might have kept the epidemic from spiraling out of control.

Officials are now considering whether a current nationwide closure of schools ought to be stretched beyond the Persian New Year holidays. The measure could keep children indoors until the second week of April. Meanwhile, fears for the elderly have forced the postponement of the annual summit of the Assembly of Experts, a body of Iran’s most senior clerics in charge of supervising the country’s supreme leader.

Nonetheless, in a speech addressing the inauguration ceremony of a highway outside Tehran, President Hassan Rouhani appeared optimistic. “We managed to overcome influenza B,” Rouhani proudly declared. “Coronavirus is not tougher,” he added.

In an effort to soothe public worries, Iran’s Health Ministry has also announced that at least two dozen patients are recovering. On social media, where rumors can be hard to distinguish from reliable reports amid an incessant flow of mixed information, one video showed a group of excited physicians surrounding an infected doctor they said was making significant progress toward recovery.