Al-Azhar Grand Imam Sheikh Ahmed el-Tayeb is facing a campaign of persecution and media blockade in an attempt by the state to push him to renege on his positions. 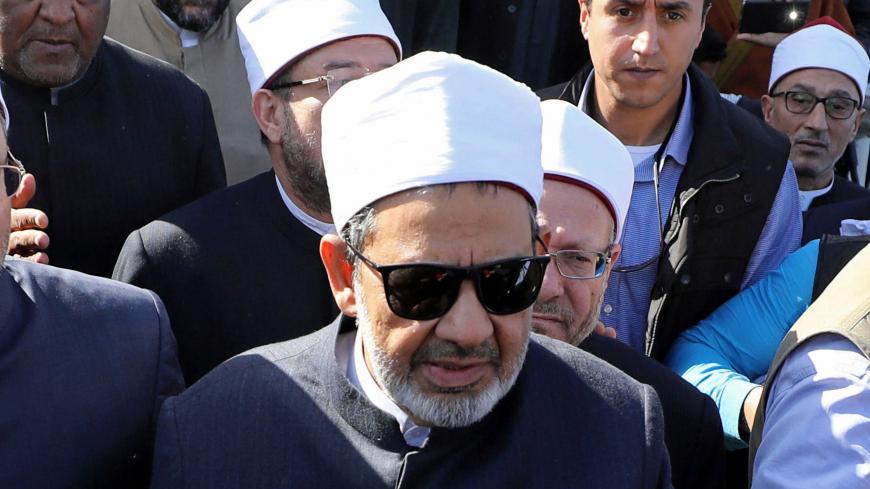 CAIRO — Egypt’s Grand Imam of Al-Azhar, Sheikh Ahmed el-Tayeb, has been facing, since the end of January, a fierce campaign spearheaded by Egyptian media outlets owned by and close to the state.

This follows a verbal duel that stirred nationwide controversy between Tayeb and Cairo University President Mohamed Othman Elkhosht, who is close to President Abdel Fattah al-Sisi, during the second day of a conference at Al-Azhar, titled “Al-Azhar International Conference on Renovation of Islamic Thought.” The conference, held on Jan. 27-28, focused on renewing the religious discourse. The conference was attended by delegates and scholars from 46 countries of the Islamic world.

The media attacks climaxed with the publication Feb. 3 of an article by Dandarawy al-Hawary, writer for Al-Youm Al-Sabeh newspaper, titled, “Religious men in Egypt proclaimed themselves prophets and formed a special class above the people.”

Meanwhile, anger is mounting between the Egyptian state and Al-Azhar. The two disagree over the mechanism of renewing the religious discourse. Also, Tayeb’s positions differ from those of the state on many issues.

In February 2017, Al-Azhar refused Sisi's proposal to abolish verbal divorce. Al-Azhar also refused to amend the conditions of the use of endowments. In its statement objecting to the abolishing of verbal divorce, the Supreme Council of Scholars at Al-Azhar urged the state to improve the citizens’ living conditions, which are deemed the main reason for divorce in Egypt, instead of seeking to cancel verbal divorce.

A source close to Tayeb spoke to Al-Monitor on condition of anonymity, saying, “It seems that within Al-Azhar Tayeb is subjected to a campaign of intimidation from the state in order to renege on his independent stance and critical tone.” The source noted that Sisi did not attend Al-Azhar’s conference organized under his auspices although he had previously confirmed his attendance.

“The topic of renewing Islamic thought and the religious discourse has recently become a vague and ambiguous concept, because it has been frequently covered in newspapers by those lacking knowledge and those who have the skill of talking about any subject without adequate study or previous scientific formation,” Tayeb said.

According to the source, the sheikh of Al-Azhar was infuriated when Elkhosht publicly handed him at the conference a copy of one of his books titled, “Toward establishing a new religious age.”

In his book, Elkhosht calls for a different curriculum for religious studies based on scrapping heritage. The book also calls for creating a new religious thought rather than renewing the existing one. The source reckoned Tayeb may have interpreted Elkhosht’s move as an attempt to embarrass him by insinuating that Al-Azhar is showing neglect in renewing Islamic thought.

Professor of Islamic history at Al-Azhar University Abdel Maksoud Abu Basha concurred with the source’s view. He told Al-Monitor that Tayeb understood the intention behind Elkhosht’s move and he responded by elucidating some of the flaws in his approach to Al-Azhar’s methodology.

He said that those who demand the renewal of the discourse do not understand what they specifically want. “They raise general slogans to renew the Islamic discourse, but they do not explain exactly what they want to renew. Is it the discourse or the curriculum? Their criticism regarding the curriculum currently used in Al-Azhar is incomprehensible,” he said.

Abu Basha added, “Tayeb is trying to preserve as much as possible the independence of Al-Azhar and prevent it from being politically hijacked. The successive authorities in Egypt are always seeking to control Al-Azhar and turn its religious discourse in their favor.”

At the end of November 2019, media outlets circulated statements by Tayeb to Al-Masriya channel, in which he complained of a media attack against Al-Azhar's positions. These statements date back to February 2016, Ahmed al-Sawi, Sawt al-Azhar's editor-in-chief, told Al-Nabaa news website.

The media attack has escalated recently, according to Abu Basha. "There are attempts to marginalize Al-Azhar in the media. Professors and sheikhs of Al-Azhar rarely appear in government and private channels in Egypt, and if they do, they are demanded not to engage in any discussion that might cause controversy.”

This isolation was evident after US President Donald Trump announced his Middle East peace plan on Jan. 28. Following instructions of the Egyptian security services, Egyptian media called the plan "the US peace plan," without referring to "the deal of the century” that is used often in the region.

“The Egyptian authorities banned media outlets from contacting Al-Azhar for any comment on the plan,” a journalist at Al-Ahram newspaper told Al-Monitor on condition of anonymity.

According to the journalist, sovereign bodies sent instructions to newspapers demanding them not to analyze the deal of the century from a religious aspect and not to involve Al-Azhar.

The journalist clarified that the state fears Tayeb would fiercely reject this deal, which may embarrass the state authorities before the Egyptian public, especially since the first statement by Egypt’s Ministry of Foreign Affairs, on the day Trump unveiled his plan, shows Egypt's tacit acceptance of the plan.

It should be recalled that in December 2017, Tayeb refused to meet US Vice President Mike Pence in Cairo, after Washington's recognition of Jerusalem as the capital of Israel.

Lately, Al-Azhar has been also concerned by the Administrative Control Authority, according to the Al-Azhar source. This authority has managed to get many of the figures surrounding Tayeb dismissed on charges related to corruption and illicit profit through Al-Azhar.

According to the source, the investigation of corruption cases at Al-Azhar has intensified in a bid to embarrass Tayeb. He explained that these investigations forced him to dismiss figures close to him suspected of corruption or push them to resign. 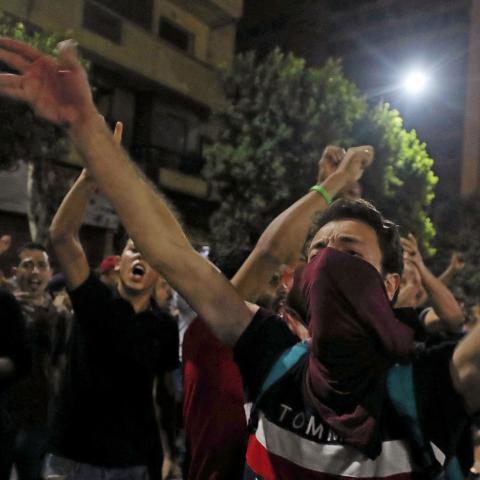