The authors of the Trump-Netanyahu peace plan bothered to ask Israeli Arabs whether they wanted to become Palestinian nationals, but the deal nonetheless strips them of their Israeli citizenship and in the process would split families and help perpetuate right-wing rule. 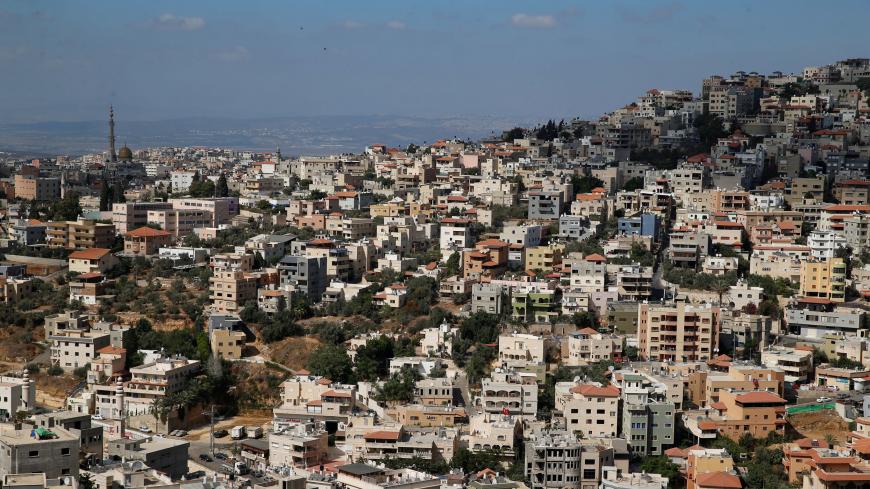 Just two years ago, Prime Minister Benjamin Netanyahu declared, “I don’t intend to bring a diplomatic plan on the eve of the elections.” He was responding to a reporter who challenged him on saying in 2008 that then-Prime Minister Ehud Olmert, “neck-deep in investigations, has no moral or public mandate to make fateful decisions for Israel” in a quest for political survival. A few days ago, on Jan. 28, Netanyahu did exactly what he said he would not do.

Several hours after “making history” by becoming the first sitting Israeli prime minister to be officially charged with bribery, fraud and breach of trust, Netanyahu took part in the unveiling ceremony of President Donald Trump’s “deal of the century” for Israeli-Palestinian peace, declaring it a “historic day like May 1948,” when Israel declared independence.

Peace is unlikely to emerge from Trump’s plan, but Netanyahu proved once again that all means justify his end of winning the March 2 elections and remaining in the prime minister's official residence on Balfour Street in Jerusalem. To that end, he mobilized Trump’s help in presenting an alleged peace plan that consists of everything except peace and a Palestinian partner. The East Room ceremony resembled a wedding without the bride, celebrating a deal between Israel and the United States, rather than Israel and the Palestinians.

As expected, the Palestinian leadership rejected the plan. Channel 12 reported that on Jan. 29, Palestinian President Mahmoud Abbas sent Netanyahu a handwritten note informing him, “The Palestinian Authority now sees itself as free to disregard the agreements with Israel, including security cooperation.”

Anyone delving further into the details of the 80-plus-page proposal could not have missed the surprising clause allowing Israel to transfer to a future Palestinian state the populated Arab communities in the so-called Triangle of central Israel: Kufr Qara, Arara, Baka al-Garbiyeh, Umm al-Fahm, Kalansua, Taybeh, Kafr Qasem, Tira, Kafr Bara and Jaljulya.

This is not the first time an Israeli government during the Netanyahu era has tried to trade away its Arab citizens in the Triangle, which borders the West Bank, by moving the border and thereby turning them into nationals of a future Palestinian state. The idea previously arose in 2013 when US Secretary of State John Kerry mediated peace talks between the two sides, with the clear goal of finding a solution to the land swap issue. There also appears to have been a hidden agenda — reducing the number of Israel’s Arab citizens — an estimated 300,000 of who live in the Triangle communities.

“Just as with many earlier initiatives, this one too does not have any hold or acceptance among the Arab Israeli or Palestinian public,” Jamal Mjadlah, a social activist from Baka al-Garbiyeh, told Al-Monitor. “This is an initiative devoid of justice and logic, which will not be accepted and will not be adopted.”

Salah Smara, a high-tech engineer from Tira, asserted to Al-Monitor, “This is an attempt to enhance ideologies espousing population transfer using political tools to get rid of the Arab citizens rather than physically removing people from their homes. The motivations are racial — to preserve demographic superiority.”

The initiative could also have the absurd and tragic impact on many families by tearing them, as in the case of Firas Azam, an attorney born in Taybeh but now living in the coastal Mediterranean city of Haifa. If the land swap goes through, he would remain an Israeli citizen, but his mother and brother’s Israeli citizenship would be revoked.

“‘And we were like strangers in our land.’ This is my headline for this absurd move,” Azam told Al-Monitor. “Our state, where we grew up, went to school, worked, respected its laws and principles, does not want us anymore and is willing to give us up just like that. I would have expected the Jews to understand this better than any other people in the world, but I guess I was wrong.”

Trump and Netanyahu present the idea of exchanging populated lands as targeting communities that “largely self-identify as Palestinians,” according to the plan. A 2019 study by the Israel Democracy Institute found, however, that only 13% of Arab Israeli citizens define themselves as “Palestinians” in terms of their main identity, whereas 65% are “proud to be Israelis.” The study further indicates that 83% of Israeli Arab citizens want to integrate into Israeli society and become full members of it.

The above results do not conform to the premise of the Trump plan, proving yet again that it is nothing more than an attempt by Netanyahu and Israel’s political right to shrink the number of Israel's Arab citizens, who constitute 21% of the state's population. That, in turn, would reduce the number of Arab voters, who obviously do not tend to vote for right-wing parties, helping the right perpetuate its rule and prevent the formation of a center-left government.

Shimon Sheves, who served as director general of the Prime Minister’s Office under the late Yitzhak Rabin, shared his thoughts on Facebook about the actual difference between the so-called deal of the century and Rabin’s peace plan. Indeed, there are many similarities between the American blueprint and the one charted by Rabin, who was, as we know, assassinated because of the peace he sought to advance. At the time, it was Netanyahu who led numerous protests against Rabin and addressed rallies at which Rabin was dubbed a traitor and the crowd chanted, “With blood and fire, we will expel Rabin.” The difference is that Rabin did not agree to land swaps, as Ben Caspit explained in a Jan. 29 Al-Monitor article. Perhaps that is what the Netanyahu-led right really wants: to revoke the citizenship of hundreds of thousands of the state’s Arab citizens.

With an effective and well-targeted campaign by the Arab Joint List, currently the third largest Knesset faction, the initiative could backfire against Netanyahu. Such was the case with the so-called Camera Law, a Likud-led initiative to install cameras at Arab polling stations. The alleged idea was to guard against voter fraud, but in reality was devised to intimidate Arab voters. The move ultimately prompted a significantly high Arab turnout in protest in the September 2019 elections. If the current initiative gains ground, Netanyahu will once again be crowned the main campaigner of the Joint List.