What Iran lost with Soleimani’s killing

The top military commander’s influence went beyond his military prowess, and will be something that no successor can likely replicate. 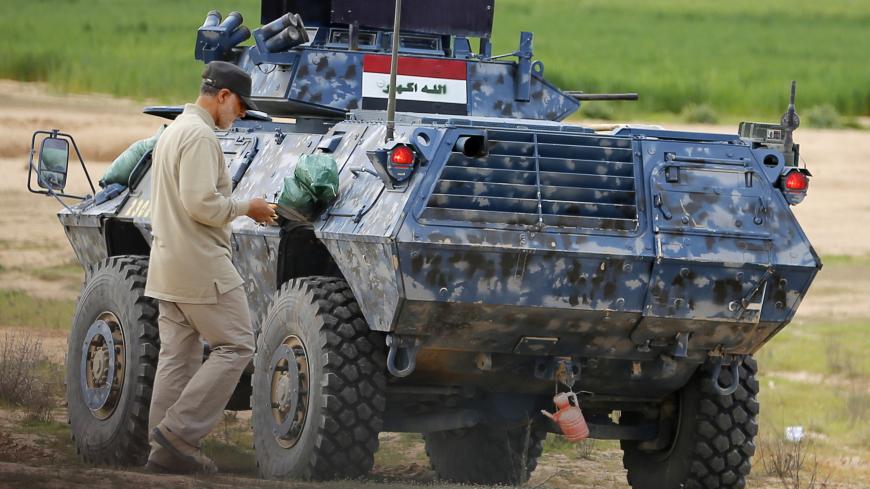 Iranian Revolutionary Guard Commander Qasem Soleimani walks near an armored vehicle at the frontline during offensive operations against Islamic State militants in the town of Tal Ksaiba in Salahuddin province March 8, 2015. - REUTERS/Stringer

The United States’ killing of Maj. Gen. Qasem Soleimani, Iran's most influential military commander, left his country in shock; this wasn’t an expected scenario in the middle of a crisis that was thought to be under control between Tehran and Washington in the aftermath of the latter’s withdrawal from the nuclear deal in May 2018.

Nor was this part of the pattern Iranian officials had grown used to during an escalation that started in May with several unclaimed incidents in the Persian Gulf, the June downing of an advanced US drone near the strait of Hormuz by Iranian fire and the September attack on Saudi Arabia’s biggest oil refinery claimed by the Yemeni Houthi group.

While the United States blamed Iran for all three sets of events, Washington had not reacted militarily, but rather had vowed more sanctions and stressed that it was not seeking a war in the region.

Then the Iranians were caught by surprise twice. First was when US forces retaliated for the attack on the K1 air base in Kirkuk that killed an American contractor by killing 25 members of Iran-backed Popular Mobilization Units (PMU) in one strike. The second was when the US strike ended the life of the Islamic Revolutionary Guard Corps commander Tehran regards as its revolutionary icon, known as Haj Qasem, following the siege of part of the US Embassy grounds in Baghdad. It seems obvious that the United States is now employing a tit-for-tat strategy.

US Defense Secretary Mark Esper said Soleimani was "developing plans to attack American diplomats and service members in Iraq and throughout the region” and that "this strike was aimed at deterring future Iranian attack plans.” Based on this wording, it was as if the Pentagon viewed the Iranian commander’s mandate as personal and not derived from a state policy that he followed. Supreme Leader Ayatollah Ali Khamenei pushed back against this notion in his appointment letter to Soleimani’s successor, saying, “The strategy of the Quds Force will be identical to that during the time of Martyr General Soleimani.”

Ghani's appointment came before their burial; the Iranian leadership rapidly moved to replace the slain commander with his deputy to emphasize that business will continue as usual, despite the heavy loss. A man from the system who was already doing what was agreed upon with Soleimani, someone who knew the slain commander well and was part of his decision-making process, should be able to pick things up from where they were.

A 64-year-old commander from Mashhad who fought in the Iran-Iraq war, Ghani was placed on the US Treasury list of specially designated nationals in 2012 for allegedly having provided Iranian-backed groups in the Middle East with financial aid. He is also accused of being involved in the transfer of arms to West Africa.

According to an Iranian political source who spoke with Al-Monitor on condition of anonymity, “Ghani had a role in the formation of the Fatemeyoon and Zeynabiyoon factions in Afghanistan and Pakistan respectively, besides playing a role in integrating asymmetric warfare in the Syrian war,” which Ghani said was an existential battle for Iran.

Little is known about the new appointee, and his profile stands nowhere near as high as that of Soleimani. In Iran, the latter was regarded as a national figure, beyond his role in the military and warfare. Therefore Iran’s loss of Soleimani is something that can’t be replaced.

To the establishment in Tehran, the killing of Soleimani is a serious blow. It brings about a potential for acts of revenge for which no one knows the implications; it was a jolt to the pride of a nation that has been for years been stating that it has been winning in the region. Tehran now faces its biggest loss, with the United States taking out the man who has no substitute in Iran.

Besides being a commander, Soleimani was a public relations pro, with ties to almost every politician in Iran. He was a close confidant of the supreme leader, a friend to judiciary chief Ebrahim Raisi and moderate Foreign Minister Mohammad Javad Zarif, while maintaining strong ties with other politicians and clerics from the Principlist, moderate and Reformist camps. This had led many to speculate that he could become president.

It was reported that he sent in 2008 a letter to US commander Gen. David Petraeus through Iraqi intermediaries with the following message: “General Petraeus, you should know that I, Qasem Soleimani, control the policy for Iran with respect to Iraq, Lebanon, Gaza, and Afghanistan. And indeed, the ambassador in Baghdad is a Quds Force member. The individual who’s going to replace him is a Quds Force member.”

Part of Soleimani’s mandate was nonmilitary; he was creating influence in all the countries his force was functioning in. The difficult thing here is that he was creating groups and factions that belong organically to the countries they are based in while subscribing to the velayat-e faqih (guardianship of the Islamic jurist) doctrine that rules Iran; this meant that efforts were needed in various nonmilitary areas such as penetrating economies, launching social media campaigns and producing movies, among other aspects of influence.

Getting Afghanis, Pakistanis, the Lebanese, Iraqis, Palestinians, Syrians and Iranians all together into one front in Syria was a challenge that was met by the man who originally hailed from Kerman province in southeastern Iran. But just getting fighters to Syria made him an invader in the eyes of most Arab Sunnis, although the majority of Shiites hailed him as a resistance icon. This division continued until his death.