US terms 'propaganda' Tehran's request that Interpol issue a red notice for President Donald Trump and 35 other officials Iran alleges were involved in the general's killing. 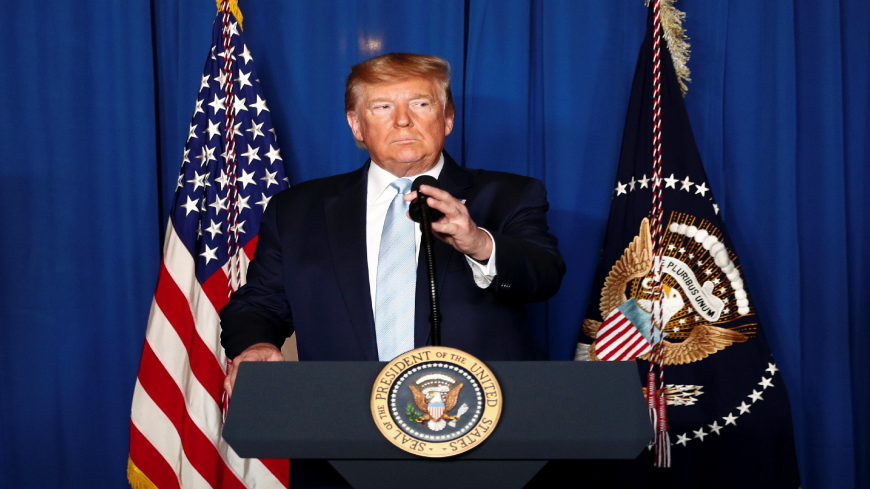 Iran has issued an arrest warrant for President Donald Trump over the US drone strike that killed its most powerful military commander, Qasem Soleimani, Fars news agency reported Monday.

Iran has asked Interpol to issue a red notice for Trump and 35 other unnamed officials the government believes are responsible for Soleimani’s death, the semi-official state news outlet said. Citing Tehran prosecutor Ali Alqasi Mehr, Fars said, “US President Donald Trump stands at the top of the list and will be prosecuted as soon as he stands down [from his] presidency after his term ends.”

The France-based global police agency, however, told CNN it would not consider the request, adding that it wasn’t in line with the Interpol constitution, which says "it is strictly forbidden for the organization to undertake any intervention or activities of a political, military, religious or racial character."

Speaking at a news conference in Riyadh on Monday, Brian Hook, the US special representative for Iran, described the Iranian announcement as more “propaganda.”

“This is another political stunt by the Iranian regime. It doesn’t surprise us,” Hook said.

Steadily worsening relations between Tehran and Washington hit a low point on Jan. 3 when a US-ordered, laser-guided Hellfire missile struck a car in Baghdad carrying Soleimani, the leader of Iran’s elite Quds force. His right-hand man in Iraq, militia leader Abu Madhi al-Muhandis, was also killed in the strike.

Soleimani’s death, which the United States framed as a measure of self-defense, brought the two countries to the brink of war. Iran retaliated with a ballistic strike on Iraqi bases housing US troops, at least 34 of whom were left with traumatic brain injuries from the attack. In recent months, Iran-backed militias have lobbed rockets at US bases, including one at Camp Taji in March that killed two Americans and one British servicemember.

In its annual report on terrorism released last week, the US State Department described Iran as “the world’s worst state sponsor of terrorism” and accused it of providing a safe haven for senior members of al-Qaeda. In April 2019, the United States designated the entire Islamic Revolutionary Guard Corps, including the Quds Force, as a Foreign Terrorist Organization.